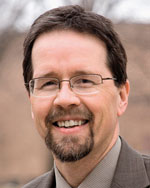 I was almost 40 years old before I learned to clap my hands—in church, that is. I’m sure I learned “patty-cake” as an infant, and I had no problem applauding at sport events or concerts.

But for much of my young adult life I found it almost impossible to participate when asked to clap along with the music of a worship service. I could use my body to shake hands, sing, stand or even kneel to pray.

Clapping, however, seemed like an excessive display of public piety, best left to Pentecostals or those who wore their faith on their emotional sleeve. It didn’t help that I felt rhythmically challenged—keeping a beat while singing seemed to require more concentration than I was able to muster.

All that changed when our family spent a year in Costa Rica, where we worshipped every Sunday with the Comunidad Cristiana del Nuevo Pacto, a Mennonite church in the San José neighborhood of Moravia. Like many—perhaps most—Mennonite churches outside North America, the worship service at Nuevo Pacto began with a long period of singing, accompanied by guitars, drums and an electric organ.

With the words projected onto a screen, the music started softly and reflectively, before slowly building to a crescendo of full-throated singing, vigorous clapping, raised hands and lots of physical movement. Sometimes the singing would dissolve into a loud chorus of spontaneous spoken prayers that included speaking in tongues and prophetic utterances.

After the first service, we returned home wide-eyed, wondering how we were going to survive. Yet the people at Nuevo Pacto were kind to us, the sermons were interesting and I was moved by the vulnerability people expressed in their sharing, confessions and prayers and by their evident love for each other. Over time, the opening hour of expressive music seemed less alienating, and I gradually joined in the clapping.

By the end of the year I was no more rhythmically adept, but I had shed most of my self-conscious inhibitions about praise music and found myself actually looking forward to that part of the ser­vice. Since then I have experienced similar forms of singing while worshipping in Amharic, Swahili, Indonesian and many other Spanish settings.

Among the 150 contributions to this rich volume is an essay by Mary Oyer, longtime professor of music at Goshen (Ind.) College and Anabaptist Mennonite Biblical Seminary, Elkhart, Ind., and perhaps the single most influential person in shaping the musical traditions of North American Mennonites during the second half of the 20th century. In the essay (see our June issue, page 22), Oyer describes her experience studying African music and arts during a sabbatical leave in 1972.

Initially, the new tonalities, repetitive patterns and rhythmic intensity of the music she encountered in East Africa were alien to her training as a classical musician. Yet as she listened more carefully, participated in worship and learned to play several new instruments, Oyer experienced a kind of conversion—a new appreciation for the coherence and beauty of alternative forms of worship, especially among East African Mennonites who were creatively adapting hymns inherited from missionaries to align with their own cultural musical heritage.

In the decades since then, Mennonite hymnody in North America has been deeply enriched by her pioneering work. Along with Ken Nafziger and many others, Oyer has tirelessly encouraged Mennonite congregations in North America to expand their musical repertoire with songs from the global church. Thus, in 1992, Hymnal: A Worship Book incorporated several dozen such hymns, and we have come to learn many more in the subsequent hymnals, Sing the Journey and Sing the Story.

What and how we sing matters. Our theology is shaped at least as much by music as it is by sermons. Yet we sometimes forget that forms of worship are always living and dynamic. Indeed, the four-part harmony so central to the identity of many North American Mennonites today was once denounced as a prideful innovation.

I am grateful to our friends at Comunidad Cristiana del Nuevo Pacto who taught me that clapping could be a form of worship. And I am even more grateful to Mary Oyer, who spent a lifetime expanding our musical horizons to include new forms of worship beyond the familiar. Both are hints of the eschatological vision of St. John of a coming day when all nations, tribes and peoples will gather around the throne of God to lift their voices of praise (Revelation 7). Maranatha.