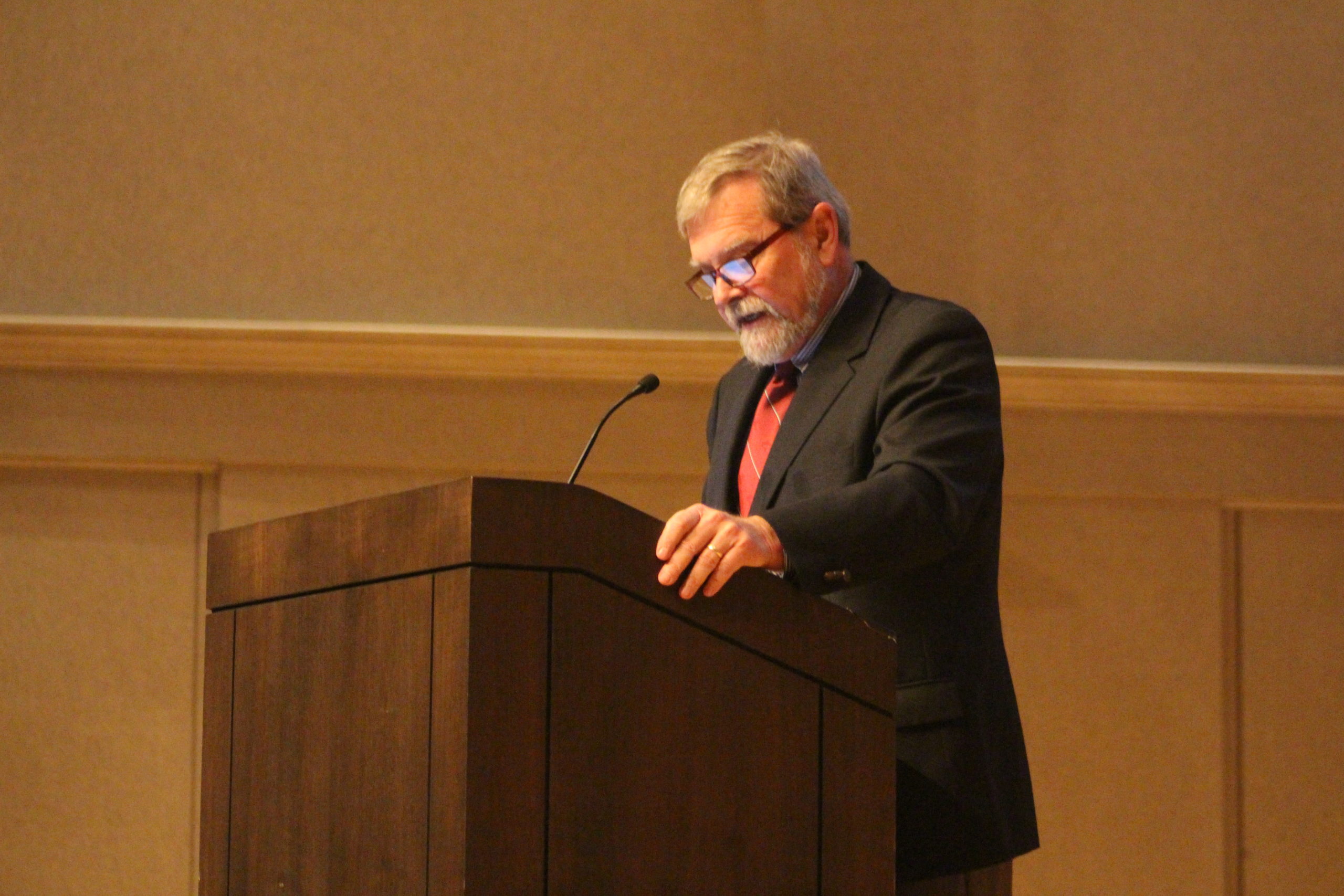 According to Snyder, the first narrative points to Martin Luther’s ideas of religious freedom as being instrumental in the creation of tolerant and liberal democratic states. In contrast, the other narrative paints Martin Luther as the precursor to fascism—that he was hostile to individualism and democracy and prepared the German people for obedience to Hitler. Both narratives are simplistic and are not accepted by historians today, but it is true that Martin Luther first championed freedom of conscience before he turned to support state churches and coercion of individual consciences.

Citing 200 years of religious bloodletting, wars and countless acts of barbarity and violence, Snyder explained why the ideals of the Reformation, including non-coercion in the matters of faith and conscience, were abandoned in favor of widespread intolerance in the name of true faith. One reason was a univocal understanding of truth.

“My son had a t-shirt, one of his favorites, that proclaimed ‘everyone is entitled to my opinion.’ This was the prevailing logic of the 16th century,” said Snyder. “It decreed that all parties— Catholic, Protestant, Anabaptist— needed to be convinced they had full and adequate access to the truth. It was a zero-sum game, there was only one truth to be had.”

“When pitting toleration against intolerance it seems fair to ask: which path in the fork of the Reformation should Christians take today?” said Snyder.

During what he described as “the sermon” part of the presentation, Snyder instead called for a third way, a more nuanced approach for today’s Christians.

“It seems to me that very little historical genius is needed to see that it’s a terrible mistake to take the fork in the road that led to intolerance, authoritarian states and religious wars. I would suggest the road not taken,” said Snyder. “To put this in a Christian context, have we finally obtained enough humility to admit that only God sees the full picture? That only God sees into human hearts? And, most importantly, that we are not God?”

Snyder argued that religious toleration should be reinstated and recognized as a central Christian virtue for our time, not just a civic virtue.

Snyder called for Christians to focus on developing a spiritual relationship with the living God, where Jesus himself is head teacher. And, in spite of “Christianity’s less than stellar contributions to tolerance, that we follow the Gospel bedrock of Christ’s command that we love our neighbors and even our enemies. But,” he concluded, “I freely grant you the right to disagree.”