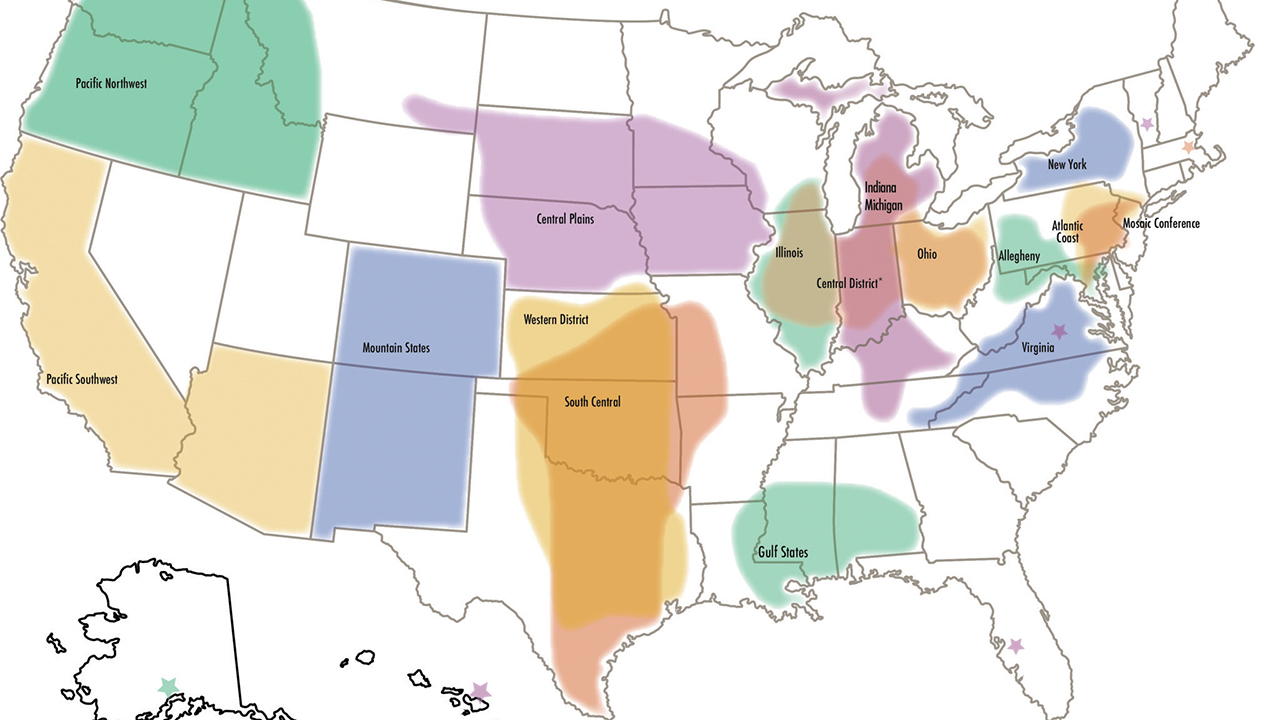 With members divided between leaving Mennonite Church USA or staying, leaders of South Central Mennonite Conference are proposing that the conference dissolve.

A Network Leadership Team resolution, announced in early May, would end the conference, allowing each congregation to choose its own affiliation.

Delegates will consider the resolution at their annual assembly July 23-25 at Whitestone Mennonite Church in Hesston, Kan.

A nearly yearlong “discovery process” focused on God’s call for member congregations and an assessment of their relationship with MC USA. The process revealed some churches “believe strongly that it is time for SCMC to leave MC USA” while others “are unwilling to cut those ties.”

South Central counts an estimated 2,500 to 3,000 people in 35 churches and church plants in Kansas, Missouri, Colorado, Arkansas, Oklahoma and Texas. The conference offices are located at Whitestone Mennonite Church.

South Central network chair Gary Wolfer said a clear divide emerged in data received in church surveys in late 2020. Of the 19 congregations that participated, 47% indicated their affiliation with MC USA was meaningful, and 47% said it was not.

“It’s fairly striking, and so as a leadership team we just felt like if we got together to discuss this it was just going to be another one of those meetings we have had over the last 20 years where we are just talking at each other,” he said, noting the conference is likely going in two directions regardless of whether the measure passes. “So given that clear divide, we decided it was best to propose something that addressed it.”

The original discernment process outline shared with congregations stated, “We are in a time of moral discernment, theological realignments and changing affiliations in Mennonite Church USA, with the result that MC USA has significantly changed in its composition of churches and its theological orientation. . . .

“The advocacy for the sanctification of same-sex relations in Mennonite Church USA, some pastors conducting same-sex covenant services with the approval of their area conferences and a few pastors living in same-sex relationships has brought us to a tipping point.”

The resolution proposes a 12-month transition period in which the conference remains with MC USA while congregations select an affiliation with another denomination or network, create their own conference with other South Central churches or become independent, concluding on or about July 24, 2022.

“Shock is the initial response from pretty much everyone,” said Wolfer of feedback he’s received since the proposal was shared. “I think the reason why is because it’s a third way. It’s not this side or that side wins.

“I want to make clear that I’m not pressing for this to pass. I’m not sitting here saying that’s what we need to do. This is what we came to when we discerned where God is taking us. I don’t know where he’s taking us, and I’m not going to try to manipulate it or push it. I want to offer this and listen to what God says.”

“We are deciding what is the next step for us as a group,” he said of UCIM. “We will try to stay together no matter what happens with South Central Conference. We will have a meeting at the end of May, and we will decide then.”

In response to questions from Anabaptist World, Glen Guyton, executive director of MC USA, said: “Our prayers are with the communities and people of SCMC. The inability of the conference leadership to find a path forward centered around a common vision is problematic. As Anabaptist Christians, we embrace our radical roots centered on the life of Christ and community — not the divisions orchestrated by man.

“As a denomination, ‘God calls us to be followers of Jesus Christ and, by the power of the Holy Spirit, to grow as communities of grace, joy and peace, so that God’s healing and hope flow’ [from MC USA Vision: Healing and Hope]. We are deeply invested in how this process will impact our members and pastors.”

If the conference dissolves, congregations that want to remain in MC USA could find a geographic home in Western District Conference, whose territory overlaps with South Central.

“For congregations that want to become part of Western District, I know their conference has traditionally been in [the summer], and this would allow them to have their papers in order and taken care of before the conference would dissolve,” Wolfer said.

South Central and Western District share a youth ministry network team and have a history of dual-affiliated congregations. The two conferences explored a merger in the 1990s and early 2000s.