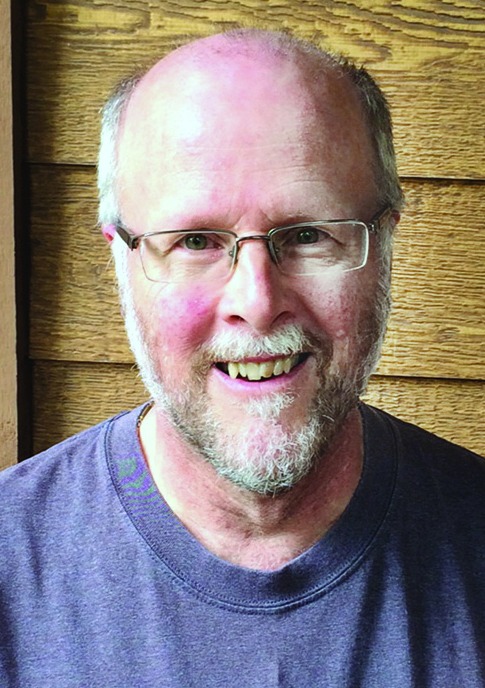 After sitting in the delegate sessions much of the week of Kansas City 2015, I attended Ted and Co. Theater Works’ production of Listening for Grace late Saturday night (July 4). It was one of the highlights of the convention for me.

The play is about Daryl, who is grieving the death of his wife, Grace. His son tells him he is gay, and Daryl struggles to understand this.

Ted Swartz plays Daryl and has the only speaking parts.

He also plays a variety of other characters, including a preacher talking about “sex in the Bible,” friends of Daryl and his cousin, who is also gay.

The fact that Daryl’s son does not speak but only plays music makes an obvious though effective point that his voice is silent.

The music powerfully evokes the emotions of the characters, and those emotions move across a wide range, from somber and melancholy to playful and funny.

Humor plays a major role in the play, even though you would not call it a comedy.

Early on, Daryl visits a church where a preacher talks about sex in the Bible. The humor is especially strong here.

While the play seeks to avoid didacticism, preaching a point rather than showing a character in action, it comes closest here, as the preacher makes the case that sex as presented in the Bible is not the chaste, monogamous picture often presented by many Christians today.

But the play moves on to show how different people, who have different views on homosexuality, struggle with those views once they come to know someone who is gay or who, like Daryl, is the parent of a gay son.

In these scenes, the different characters—all played by Swartz—become sympathetic.

The key to avoiding didacticism is presenting characters that are not one-dimensional. And Swartz, who wrote the play, succeeds well in doing just that.

The other element to this play that makes it come alive and have such a powerful effect is its use of detail. Swartz draws on the setting of a rural Mennonite community in Pennsylvania and presents details of their lives. And again here he uses humor in select places.

Such storytelling and use of poignant detail, showing the struggle of complex individuals, takes the audience beyond the generalized discussion that usually happens, if it happens at all, around the topic of LGBTQ inclusion in the church.

While Listening for Grace is fiction, it makes real the complexities and pathos that emerge when a person comes out as gay. Like all good fiction, it presents reality in a way that goes beyond the generalities we often use in our discussions.

I recommend it to any who have a chance to see it.

Gordon Houser is editor of The Mennonite.