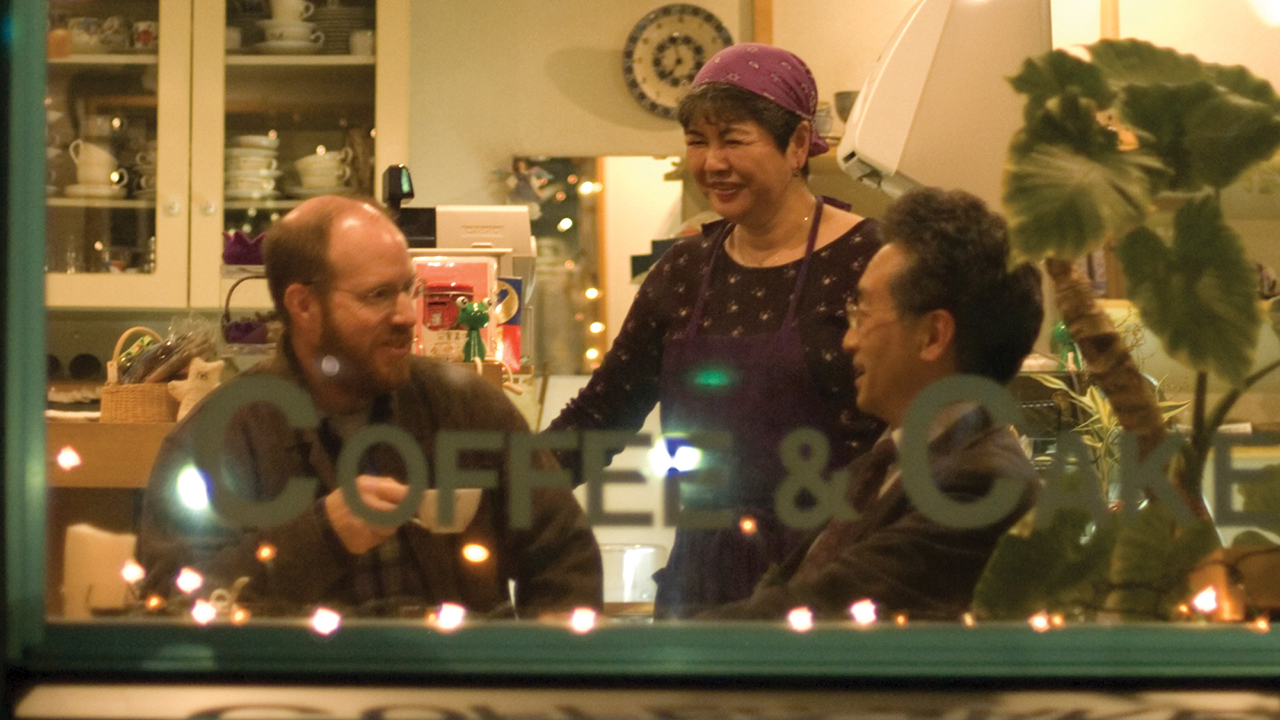 Above: Mike Sherrill visits with Serita Sensei, pastor of Grace Mennonite Church, and his wife, Kyoko San, in the café the couple ran at the Fukuzumi Mennonite Center in Sapporo, Japan, in 2006. Serita Sensei continues as pastor; both he and Kyoko San retired from the café and closed it a few years ago. — David Fast/MMN

On a Friday night in 1989, a 22-year-old computer science student at Penn State University accepted an invitation to a meeting of the International Christian Fellowship.

From the beginning, Mike Sherrill was hooked.

“It was as if the Holy Spirit had been waiting for me,” said Sherrill, who in August will complete his first year as executive director and CEO of Mennonite Mission Network, the mission agency of Mennonite Church USA.

“It reignited the faith that had been embedded in my heart as a youth.”

His recommitment to Christ — and International Christian Fellowship’s inspiration for global missions — led Sherrill to seek an overseas assignment the summer after college in 1991. He went to Japan to serve with small churches and teach English.

“After only about a month, I realized I was going to stay in Japan a lot longer than just a summer,” Sherrill said. “I didn’t leave Japan until 2017.”

After that first summer, Sherrill worked at a computer company in Yokohama and at a church on the weekends.

“It was perhaps the loneliest time of my life,” he said. “I lived alone in a tiny apartment. For the first few months I didn’t even have a phone. With limited language proficiency at the time, it was pretty isolating but also a time of drawing nearer to Jesus.”

He left Yokohama to work full-time in a church on the west coast of Japan. Some of his loneliness was dispelled when he met and married Teresa Thompson.

Pursuing a call to ministry, a theological direction emerged.

“I wanted to be an Anabaptist Christian,” Sherrill said.

He enrolled at Anabaptist Mennonite Biblical Seminary in 1994.

“I had been part of various church traditions, which all contributed to my faith formation,” he said. “Inspired by the story of the Anabaptists, I was drawn to AMBS because of their emphasis on Jesus’ message of peace and justice.”

Sherrill’s time at AMBS marked the beginning of a 25-year journey in Christian higher education and global ministry.

The Sherrills attended Pasadena Mennonite Church. Both were ordained in 1999 by Pacific Southwest Mennonite Conference of MC USA.

Along with their achievements in academics and ministry, the Sherrills felt God’s presence in times of trial. While students at AMBS, their first son, Micah, was stillborn. Then they experienced four more miscarriages in eight years.

“This hardship was very formative and evoked anger toward God, along with frustration and deep sadness,” he said. “We thank God for the way the AMBS community and Southside Fellowship walked with us during that time of deep sorrow.”

They are grateful for three healthy children: Isaiah, Jeremiah and Sophia.

From 1998 to 2002, Sherrill studied under the mentorship of a Mennonite professor, Wilbert Shenk, as he completed a doctorate from Fuller.

The Sherrills returned to Japan in 2000 with the General Conference Mennonite Church’s Commission on Overseas Mission, a predecessor of MMN, to do research for his dissertation and work with Anabaptist churches in Tokyo.

From 2002 to 2008 they served the Hokkaido Conference of Mennonite Churches in education and youth ministry. From 2008 to 2017 he was a professor and chaplain at Aoyama Gakuin University in Tokyo.

For Sherrill, Japan was truly home.

“We felt we were there to open a doorway to the gospel and welcome people to find Jesus at their own pace,” he said. “Preaching, Bible studies, gospel choir, table fellowship — all became avenues for the Holy Spirit to heal hearts and draw people to Jesus.”

Japanese culture can be cautious toward religious activities perceived as coming from the outside. This can make sharing the gospel slow going.

“It may take many years of a steady presence in witness for the door of faith to open,” Sherrill said. “I felt blessed with precious relationships. Thanks to virtual technology, many of these relationships remain very active.”

In 2016, life took an unexpected turn. Various responsibilities, including the need to care for aging parents, compelled the difficult decision to leave Japan. The Sherrills settled in Goshen, Ind., and began attending East Goshen Mennonite Church.

The timing was providential. In 2017, MMN hired Sherrill as Asia and Middle East director.

At MMN he found an agency that shared his understanding of mission as “with-ness” — accompanying people in their cultural context, seeking to be the presence of Christ in relationships.

“Mission Network has had this understanding of missions for some time,” he said. “We walk together as pilgrims on the journey. We share a mutual discovery of God’s activity in the world.”

He’s excited to make these discoveries with Anabaptists around the world.

“In many parts of the world, there is a growing appreciation, especially among the oppressed and marginalized, for alternatives to violence and aggression,” he said. “The Anabaptist pursuit of justice, coupled with the call of Jesus to love your enemy, draws keen interest.”

Sherrill believes the same Spirit that reignited his faith as a young adult energizes the Anabaptist movement today.

“The Anabaptist global community is fostering Christian vitality that the world notices,” he said.

“If people tell you the era of missions is over, don’t believe them. The Holy Spirit is working in every corner of the globe.” 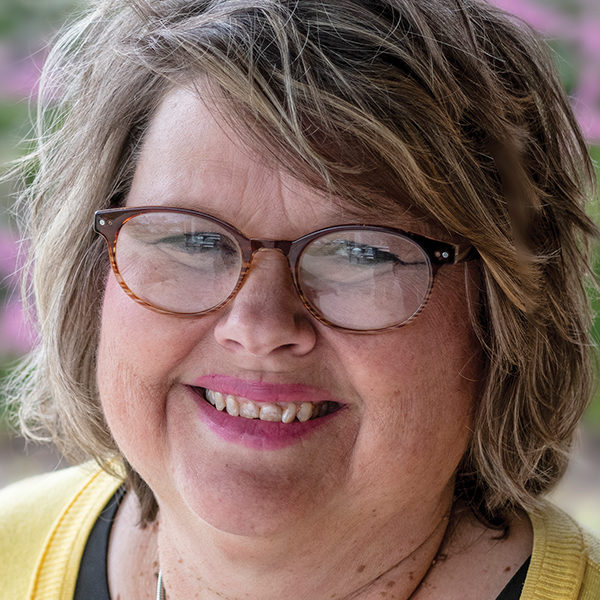