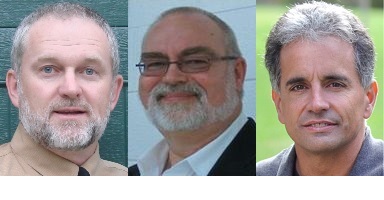 In recent months there has been unprecedented exposure of sexually predatorial men in high places, as well as unprecedented violence perpetrated by solitary men with little or no regard for human life. Whether acting out of a sense of entitlement to use women, children or other men as objects for self-gratification and demonstration of power, or raging at humanity out of what author Michael Kimmel calls “aggrieved entitlement,” an identifiable group of men has triggered a reckoning for all men.

While the majority of males do not perpetrate these types of actions with such callous disregard for others, all men must consider how we participate in a patriarchal system that enables this behavior and respond. Victims, survivors and their advocates have called out to men for decades if not centuries to be more than bystanders, and too often defensiveness or an uneasy silence has been the response. In the face of the current exposure of a toxic masculinity in politics, entertainment and religion, our silence as men who claim to follow Jesus must not be our witness to the world.

The current spotlight on abuse of power offers an opportunity for healing, love and justice long overdue. This will not be easy or comfortable, since honest reflection might lead to admissions of our own unhealthy, maybe abusive, relationships and a need for restitution. It also may trigger memories about personal victimization at the hands of others.

We must start with truth-telling — naming the ways we are complicit in the dynamics of patriarchal privilege, how we’ve benefited from it, how we’ve contributed to others’ oppression. We must lament — for the pain inflicted by men on others through the exploitation of power, from forms of violence of mammoth proportions to expressions of power that are subtle and often unintentional. We must own what is ours to own, for only when we name our reality can we begin to work toward change. A thorough accounting of the breadth of abuse of power will lay the groundwork for much-needed alternatives.

Critical to creating change is the recognition that many men have also suffered under the burdens of patriarchal masculinity, as seen in the facts that men die on average approximately six years sooner than women, men are more likely to die a violent death at the hands of other men, and men die by suicide three to four times more often than women. The denial and suppression of healthy emotional life, repudiated by male socialization as too “feminine,” leaves all too many men with a limited scope of experience of life, and specifically some of the tools needed to negotiate stress and conflict in positive ways.

We as men must not remain incapacitated, however, by the heaviness and shame of lament, but rather rise to embrace healthy masculinity. It’s tempting to point fingers at the publicly fallen and to name their need for change. As we recognize that masculinity too often falls prey to baser impulses, we can begin to redeem our own masculinity and envision healthier expressions. As men committed to our personal journeys of healing we must join the critical work of dismantling oppressive systems and reconstructing ways of living that serve the well-being of all people.

Christians have clearly not been immune to the tragic dynamics of male-perpetrated sexual and physical violence. In truth, Christianity has been complicit in the development and maintenance of systems of inequity that foster such abuse. Some traditional interpretations of scripture, translating historical social constructs of patriarchy into prescriptions for all the ages, have blessed the subservience of people of certain classes (women, children, people of color, the marginalized “other”) and of creation itself to the whims of males. Even our own historical Anabaptist ethic of yieldedness or quietness (“the quiet in the land”) have tended to “shush” victims, heroize suffering and leave leadership largely ineffective in calling out such evil in our midst.

The consistent message in the biblical narrative is to remember who we are as God’s beloved children, respond to our failings with repentance and follow the way of Jesus, who has broken down the dividing walls of hostility and is creating “one new humanity” of God’s shalom (Ephesians 2:15–16). Christ calls us to be disciples, living in relationships of love, trusting that peaceful ways of living will bear fruit in our lives as people of God. It is critically clear that men, as participants in this invitation to faithful living, have much opportunity to change, learn and thrive, and to in turn bless the lives of all those with whom we do life!

The board of Mennonite Men has declared its commitment to address this urgent need for transformative change for men, recognizing the hopeful manifestations of God’s loving kindness that can flow to men and in turn to everyone whose lives we touch. To this end, we are expanding our work beyond JoinHands (grant making) to men’s inner and relational work with JoinMen, our program to promote healthy masculinity. We are pursuing opportunities to learn from and work with women in this effort. We call men to engage in this work to bring about God’s healing, love and justice for our world.