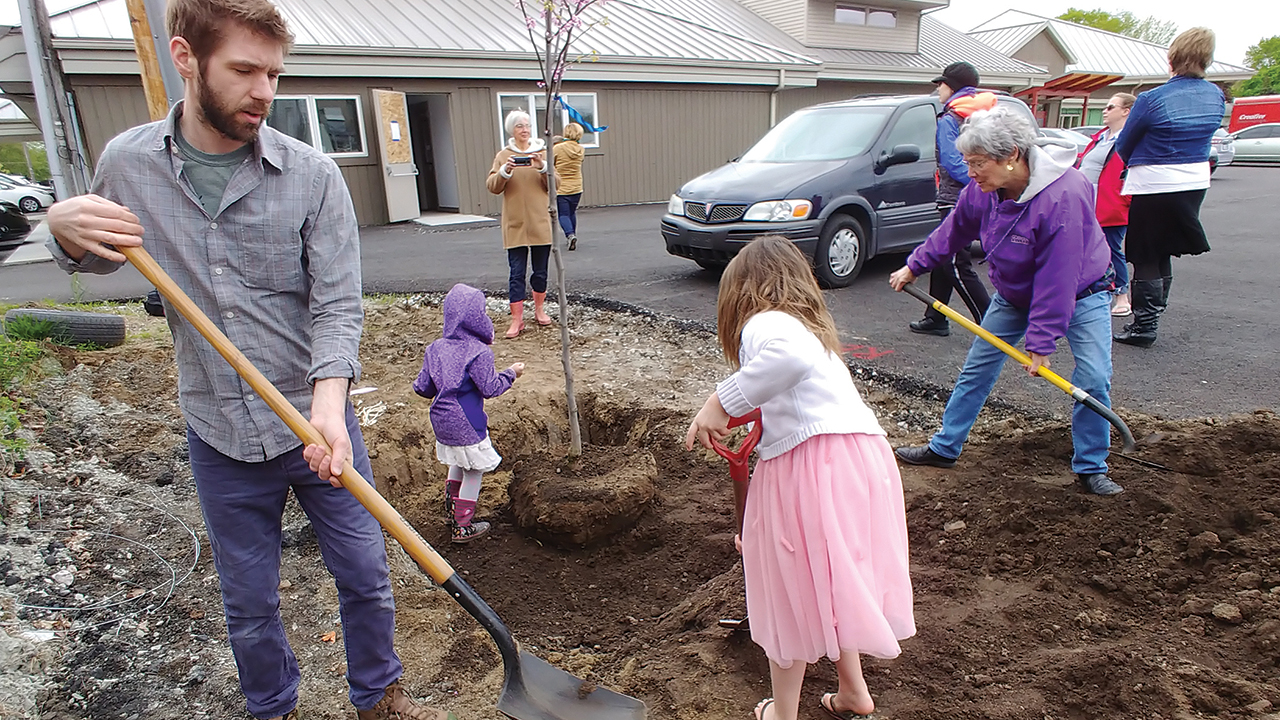 The Mennonite Men board has approved a proposal to begin JoinTrees, a project that seeks to plant 1 million trees and protect 5,000 acres over the next decade.

“Those who know Mennonite Men primarily know the organization as raising money to make grants to new churches to get their first buildings,” said U.S. coordinator Steve Thomas. “That’s a good thing, but even more important with climate change is protecting the Earth.”

Thomas’ project coincides with another tree-planting initiative, approved by the city of Goshen, Ind., in January. Under the oversight of city forester Aaron Kingsley, director of the Environmental Resilience Department, Goshen is working toward the goal of doubling its tree canopy from 22% to 45% in the next 25 years.

It’s ambitious, and Kingsley knows success will depend on efforts of the entire community. Goshen’s high concentration of Mennonite churches and its established tree-planting goal make it a launching site for Thomas’ efforts with Mennonite Men.

“I want to begin here and try to put us on the map for what the Mennonite church can do,” he said. “What I propose to do is to work with area churches to mobilize volunteer groups to serve the city goal.”
Kingsley said churches typically have space for greater tree canopy.

“And, if we’re talking about spirituality, there are few symbols as powerful or appropriate for the kind of divine generosity that a church claims besides a tree,” he said. “It makes sense for churches to be planting and caring for trees, even if they’re not paying attention to the ecological reasons for planting them.”

For Berkey Avenue Mennonite Church, planting trees is one part of an initiative to become carbon-neutral by the end of the year.

James Yoder, a member of the congregation’s creation-care committee and leader of the property development committee, is making plans to plant a memorial forest on church property. New trees will share the grounds with a set of new solar panels and a community garden.

“As a whole, [the church] has invested a lot of money into producing Sunday morning services,” Yoder said. “I would like to see our investment dispersed a little more widely. Environmental causes are one thing I wish we would invest more of our resources in.”

When Thomas wrote his Mennonite Men proposal, he included a quote from a note he received from Kay Bontrager-Singer, a pastor at Faith Mennonite Church in Goshen.

“Many of our Mennonite forebears cut down huge tracts of forests to create farmland in the communities in which many of us now live,” she wrote. “Not only is there restitution to be made to the Native Americans that lived on this land, but also to the natural world that was harmed as the land was domesticated.”

One Sunday morning in spring 2019, Kingsley stood outside of his church, Assembly Mennonite, along with the rest of the congregation.

The Sunday school hour that day had been repurposed for the planting of more than 30 trees on the church’s property.

Church members young and old gathered with shovels in hand, eager to bring green life to their newly remodeled property.

“It was a really cool experience,” Kingsley said, “and a great way to get a large number of trees planted.” Tree planting, he believes, “is a way to tap into the intuitive and caring side of men that far too often I think is neglected.”

How do you plant 1 million trees?

For another, this isn’t the first seedling initiative to take root. Mennonites in Ukraine planted about 5 million trees in the 19th century. Mennonite conscientious objectors in British Columbia planted 17 million trees during World War II, just on Vancouver Island.

Thomas, a “treevangelist” pastor and certified arborist who is working on a master’s degree in natural resources and urban forestry, hopes the many benefits trees provide will prompt a similar movement among Anabaptists in the 21st century.

“While Mennonite Men is simply spearheading this campaign, this is not for males only,” he said. “We’re hoping girls and women engage this. Tree planting has special appeal to youth. It’s an opportunity for youth and young adults to work together.”

Mennonite Men began seeking seed money and land availability when JoinTrees went public in late October, with the hope of digging into planting projects when spring rolls around in March and April.

Partnerships will be key. Thomas has already begun meeting with Indiana highway officials to plant several hundred trees along a toll road with a men’s group there. He’s waiting for approval from Shenandoah National Park to plant 300 seedlings after blight took out several trees.

“Loren Hostetler has a farm outside Harrisonburg, Va., and has raised these from survivor tree seeds in Virginia,” Thomas said. “They are trying to reintroduce a pure American chestnut in the landscape.”

Mennonite Mission Network connections in Africa and South America play into the project as well, with a key goal focused on protecting 5,000 acres of Amazon rain forest and establishing tree-planting cultural exchange trips. Conversations are taking place with Schowalter Foundation in Kansas about the possibility of introducing more trees to six acres near Halstead leased for farming and deer hunting. A business in Indianapolis that gives a portion of corporate profits to tree planting could serve as inspiration for other businesses. Thomas is also working with Mennonite Central Committee Great Lakes executive director Eric Kurtz to collaborate in North America and abroad.

“MCC since the 1960s has been involved in tree-planting projects in Algeria, Palestine, all over,” Thomas said, noting MCC has responded more recently with partners in Haiti to plant more than 3 million trees there. “This isn’t some new environmental-movement thing. It’s part of our DNA, our history. Mennonites who have tended the land and God’s creation have done this in the past.”

Unlike more than a century ago, this time there’s an app to help. Plant-for-the-Planet lets people make donations to JoinTrees and register each tree they plant. More information is at mennonitemen.org/jointrees. 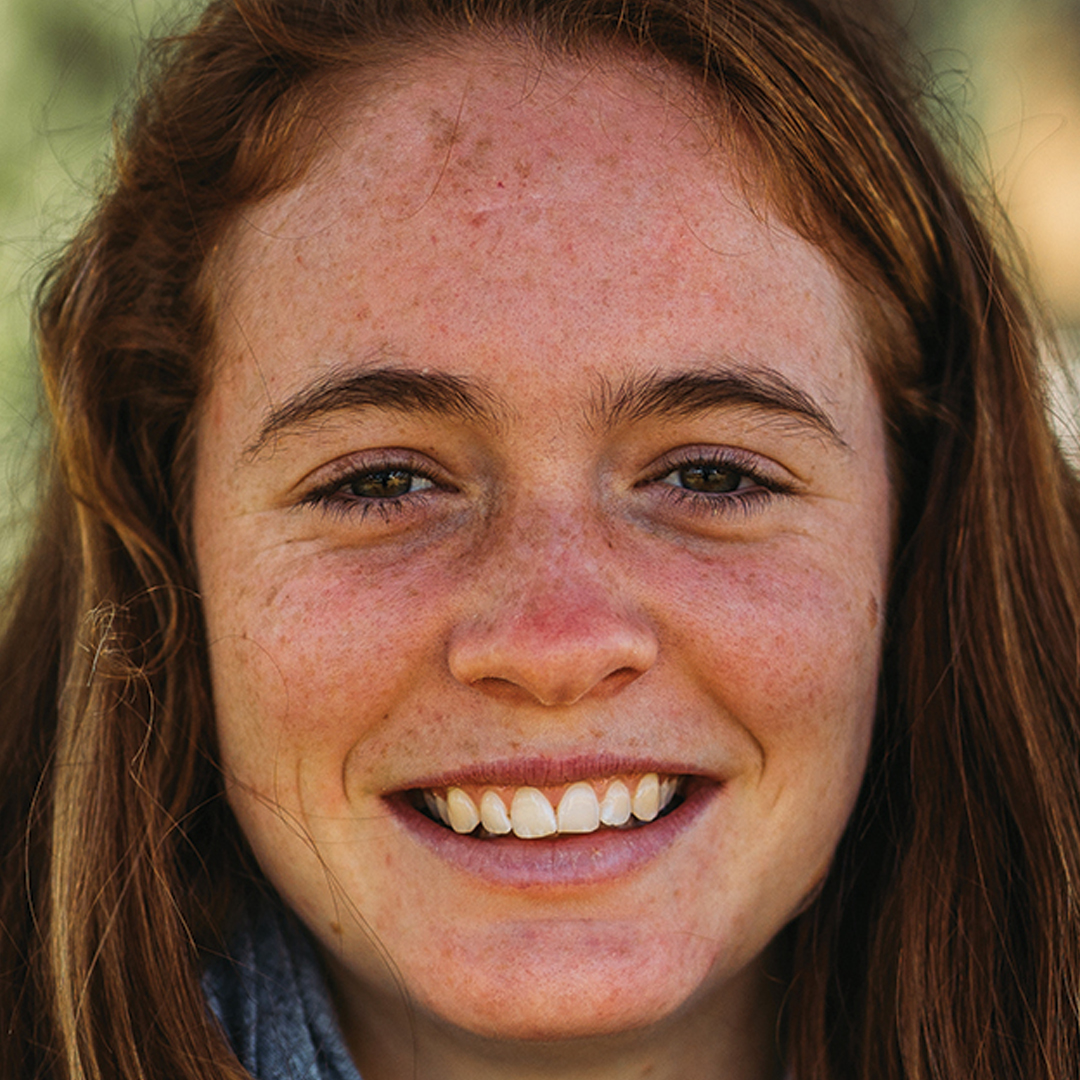