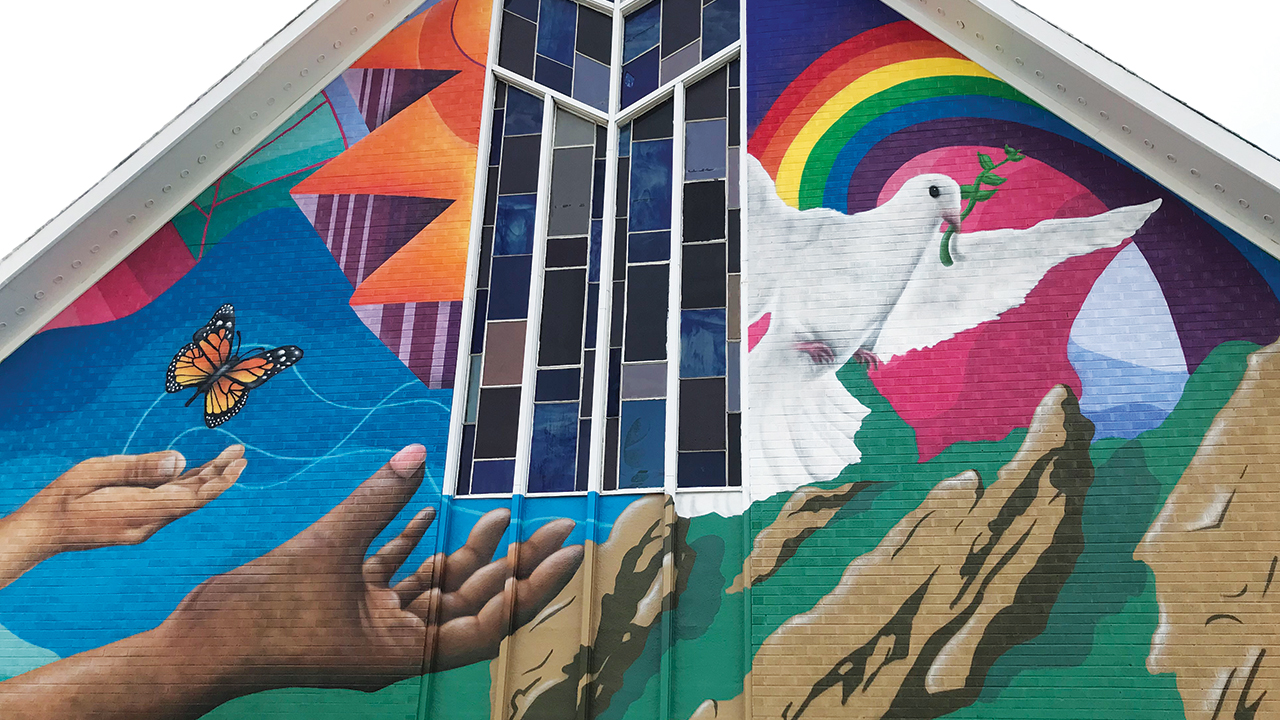 There were six of us.

Across many intersecting identities we gathered, first just to volley ideas and determine logistics.

We were considering the idea of painting a mural on an outside wall of Boulder Mennonite Church.

We met with the Church Council, in congregational meetings and with any congregant who was interested.

Should there be a mural? There was pushback and hesitancy. What would it look like?

We were given suggestions to tackle other projects.

We were told there were more pressing needs.

We were asked about the impact of a mural.

We were given alternatives to a mural.

There were a lot of questions.

Was a mural too trendy?

How would the messaging age over time?

Is something so bold congruent with our values as Mennonites, who live simply?

Would a Black Lives Matter statement be too political?

We six were unmoved. We lobbied the congregation, made our intentions clear and gave precise guidance on what was to be expected, should our mural gain traction and eventually consensus — the process by which things are decided in our congregation.

Terry, the most pragmatic of the bunch, would gently reel us all in when the discussions got too heated.  She’d remind us of Micah 6:8, our guiding scripture.

As consensus emerged, the six of us — with little artistic ability and varying ideas of the best way to depict the congregation’s values artistically — wrestled with the execution.

The congregation’s mission statement reads, in part: “BMC is a community called to follow Jesus’ example in our daily lives. Jesus has shown us how to be inclusive, to love and care for all people, to practice hospitality, to give and serve generously and to be kind and gracious to each other. We proclaim that Black Lives Matter. We support the Dreamers and all in search of a home. We must care for our earth and work together for respect, justice and equality for all.”

We agreed that we wanted a local muralist. We talked about the value of selecting an artist from a marginalized group, specifically Black or Latino. Many of the first modern graffiti artists were Black, and their art wasn’t legitimized — or even considered art — until it was co-opted and monetized by white people who could afford to attend art schools to further their craft and exposure.

We each gave our thoughts on what we wanted to see depicted.

Cindy wanted a mural that would let others see at a glance that Boulder Mennonite is a place for them. A passerby should know we truly mean it when we say all are welcome.

Toni wanted a clear portrayal of God’s love for all of creation.

Pastor Randy was interested in messaging that was welcoming and affirming.

All of us were adamant about not having words, to let the art speak for itself.

Enter Julio Mendoza — sometimes stylized as Jwlç — a Denver-based ­muralist, who was born in El Paso, Texas. Julio came to us through a recommendation based on the work he’d done with Streetwise Boulder, an annual mural art festival.

Having never heard of Mennonites, he initially was hesitant to work with us. He wasn’t sure our messaging would be congruent with what he was comfortable doing.

The six of us met with Julio over a meal on an evening in June. He needed to get to know us better. He told us he wanted his art to have a positive impact on anyone who saw it.

Two weeks later, he returned an initial sketch. We suggested revisions. Once we were satisfied, we submitted his final two drawings to the congregation for final suggestions.

Completed in October, the mural takes up nearly the entirety of the north wall. It features two outstretched hands, one darker than the other, with a butterfly being released from one. There is a rainbow peeking out in the background, with the flatirons — the iconic natural rock formations showcased as the backdrop of the Boulder foothills — in the foreground and a peace dove flying above it all.

Saturated with vibrant Rosa Mexicano, turquoise and goldenrod colors, the mural beautifully depicts our congregation’s commitment to justice and mercy. It symbolizes renewal in our community, which has experienced the dual tragedies of a mass shooting and the coronavirus pandemic.

We dedicated our mural on All Souls Day, Oct. 31. To comfort the bereaved, the names of those in our community who died this past year were added to our Book of Life.

We hope our joyful obligation will show not only in the imagery we display but in our words and deeds.

The six of us — queer, divorced, layperson, Black, grandparent and parent, with ideas as varied as we are — were undeterred by the task laid at our feet. We are complete by what we have completed together.

Ivanna Johnson-McMurry — a purveyor and embodiment of Black excellence, a manifestation of and believer in Black Girl Magic and a curator of Black joy — attends Boulder Mennonite Church. She consults with organizations interested in diversity, equity and inclusion. She is working on a collection of short stories and a screenplay. 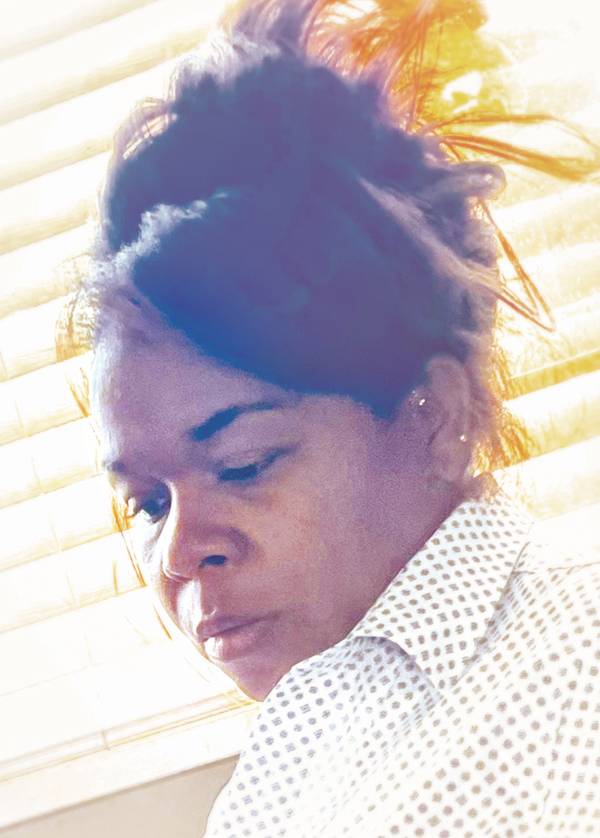