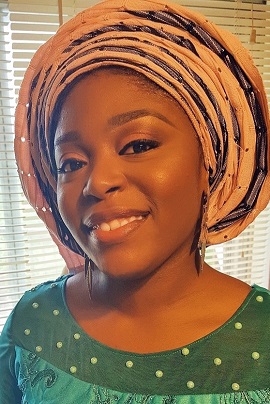 Forgiveness is the ability to relinquish the pervasive bitterness of soul-binding hatred in order to absolve the spirit. In many ways, it is the death of the ego. In order to forgive, we must look beyond ourselves. Despite humanity being the creation of a perfect, all-knowing, all-encompassing God, we are imperfect and flawed. Tapping into forgiveness means tapping into something higher than how we understand ourselves.

Ego is a centralization of the self in order to make sense of the world in a way that caters to our perceptions. Human beings are intrinsically egotistical.

The death of the ego is important in being able to understand how to forgive. Life is not just about us individually. As God’s children, we belong to the same family. In order to understand the depth of the act of forgiveness, we must first learn the meaning of love. Forgiveness can only come through some measure of love. In a world swathed in injustice, where the voices of society’s downtrodden go unheard and the poor, sick and hungry are left by the wayside, how do we find this love? God hears our cries, but how do we listen to the cries of our brothers and sisters?

Love stems from being able to let go of the kind of power that reinforces a status quo where the so-called mighty stand on the backs of the lowly, where the troubles of the lowly are never confronted and where we scorn the ones who do us wrong. How do we escape the constraints of the status quo through love? Challenging the very fabric of our established society is a daunting task, but did not Christ dare do this?

Jesus defied the public’s expectations of him, especially of what it meant to be a messiah. Jesus was God’s emissary. He saw how far the people had strayed from God’s vision and took it upon himself to reestablish our oneness with God. To do this, society needed to be restructured.

The force imposed by the Roman empire could only come out of a society that incentivized ego over love, one that prioritized what the individuals consider powerful or advantageous for themselves as opposed to tending to the needs of others. There was a kind of codependency for the upper echelons of society in ways that helped them maintain their power. Jesus’ symbolic destruction of the temple sought to put an end to what the temple represented.

Jesus was a subversive figure. He was the donkey-riding Lord from Nazareth. He dried the tears of the ones society deemed unworthy and instilled in them values that dared say no to the establishment. The mere notion of a peasant ever being more than a peasant was unthinkable to the powers that be. This terrified the temple leaders. This wayward rabble rouser threatened to tear the status quo in two and jeopardize the foundation of the Roman empire.

Jesus put into motion something more evocative than an act of warfare could accomplish. Despite the empire’s transgressions, Jesus bore no ill will toward them.

God’s children needed to unify and assemble under the incoming kingdom of God, but how can one possibly come to love the same person responsible for their oppression? Not through violence. Hatred cannot facilitate love, and if Jesus had sought change through force and fire, it would have radically altered what his time on the earth meant. To channel true power was to forgive one’s enemy and deny hatred. Who better to do this than the ones in society who knew its flaws best?

There is strength in the denial of hatred. To move forward into a future of peace and ultimately oneness with God, we must find love and forgiveness. The Gospel of John says to “love one another. As I have loved you, so you must love one another” (13:34). Love and forgiveness require an acknowledgement of a force higher than oneself. Jesus’ willingness to face death for our sake granted absolution of our sins.

Just as God extends mercy and teaches us the virtue of forgiveness, we must do the same in order to reach oneness. Love can be a prevailing and unifying force, particularly in times of dispute. In love lies the future. In love lies salvation.