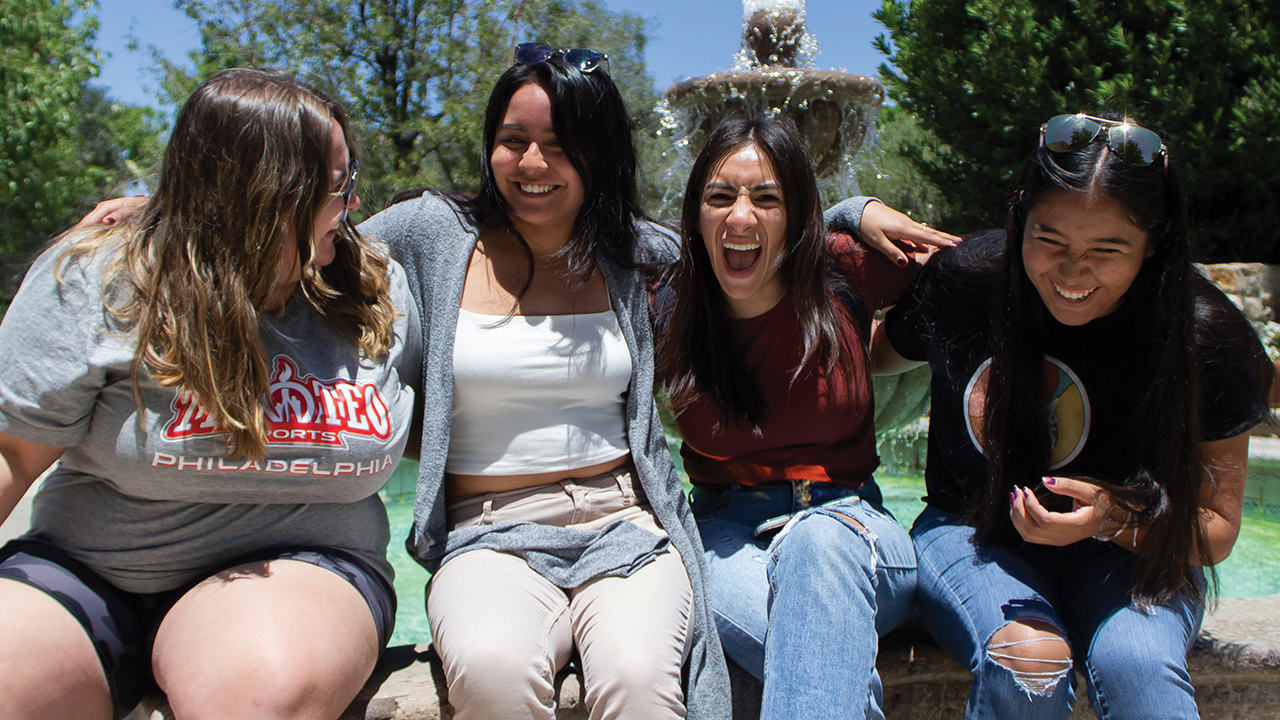 Following the path that immigrants from Mexico might take to central California, a group of young adults and their leaders set off on a weeklong pilgrimage June 15. The starting point for the 28-member group was the border wall between Tijuana, Mexico, and San Diego.

The purpose was to understand the migrant experience, said Dina González-Piña, executive director of West Coast Mennonite Central Committee and part of the trip’s leadership team.

Truth-telling about the histories of the people and the land is necessary, she said. Young adults learn as they “hear each other’s stories and become friends and workers on the journey of justice together, with Jesus as the foundation,” she said.

Participants came from the United States, Colombia, Nigeria, Zimbabwe and South Korea. They represented a variety of denominations, including the U.S. Conference of Mennonite Brethren Churches and Mennonite Church USA.

Several members with Latinx heritage said they felt hopeful because people of other cultures wanted to learn about and support their community.

This trip was the second annual Multicultural Peace Collaboration, a joint effort of MCC U.S., West Coast MCC and Fresno Pacific University’s Center for Anabaptist Studies. MPC engages young people through experiential learning in communities and unfamiliar spaces to grow their understanding of and commitment to Anabaptist peacebuilding.

Leaders encouraged the group to consider both injustice and hope as they visited each place along the journey. Seeing the border wall stood out as a valuable experience.

“Being that close to something that is dividing us really touched my heart,” said college sophomore Alecia Espinosa.

Stops at Chicano Park, Homeboy Industries and the Cesar Chavez National Monument exposed young peacebuilders to stories of grief, reconciliation and community empowerment grounded in faith and biblical justice. Throughout the trip, participants were challenged to consider what Jesus might say and do in response to these circumstances.

Espinosa resonated with stories speakers shared with the group because she too has found a deepened relationship with Christ through her own “trials and tribulations.”

She also was impressed by reconciliation and finding faith, a theme at several locations the group visited, particularly Homeboy Industries Los Angeles, a nonprofit gang-rehabilita­tion center. The organization helps previously incarcerated people redirect their lives and become contributing members of their communities.

According to Espinosa, learning by living and working together, like people at HI do, is one of the best ways to appreciate each other’s differences. Espinosa will take this idea back to her home church, Oxford Circle Mennonite Church in Philadelphia.

Nineteen-year-old Sarai Uriostegui, who attends Pentecostal Church of God in Winton, Calif., was inspired by the work of Cesar E. Chavez throughout the trip. Chavez was a man of faith who organized Californian communities to advocate for migrant farmers’ rights. He was integral in founding the United Farm Workers labor union, which continues to advocate for farmworkers’ rights today.

“It deepened my faith seeing how all these figures relied so heavily on their own faith,” Uriostegui said.

Though Uriostegui has always been involved in helping her church’s worship team, she now plans on bringing issues like immigration and faith-based justice into worship and in the other spaces she frequents.

The trip concluded at Fresno ­Pacific University, a Mennonite Brethren college in California, where participants could do more reflection on what they learned. Along the way, they were hosted by USMB churches in Los Angeles and Bakersfield.

They envision MPC becoming a movement for young peacebuilders to engage with each other and consider the kind of justice Jesus advocated.

To Hunt, loving your neighbor means acknowledging Black, brown and Indigenous people in the Mennonite Brethren family whose history is “very painful.”

“They’ve experienced a lot of hurt, and it needs to be talked about as a part of our MB family,” he said. “We have not been as inclusive in making sure that their stories are told.”

MPC is to have three different journeys on a three-year cycle. In 2021 it highlighted the Black experience and the civil rights movement in the South. The plan for next year’s pilgrimage is to explore the history of First Nations communities in Oklahoma.