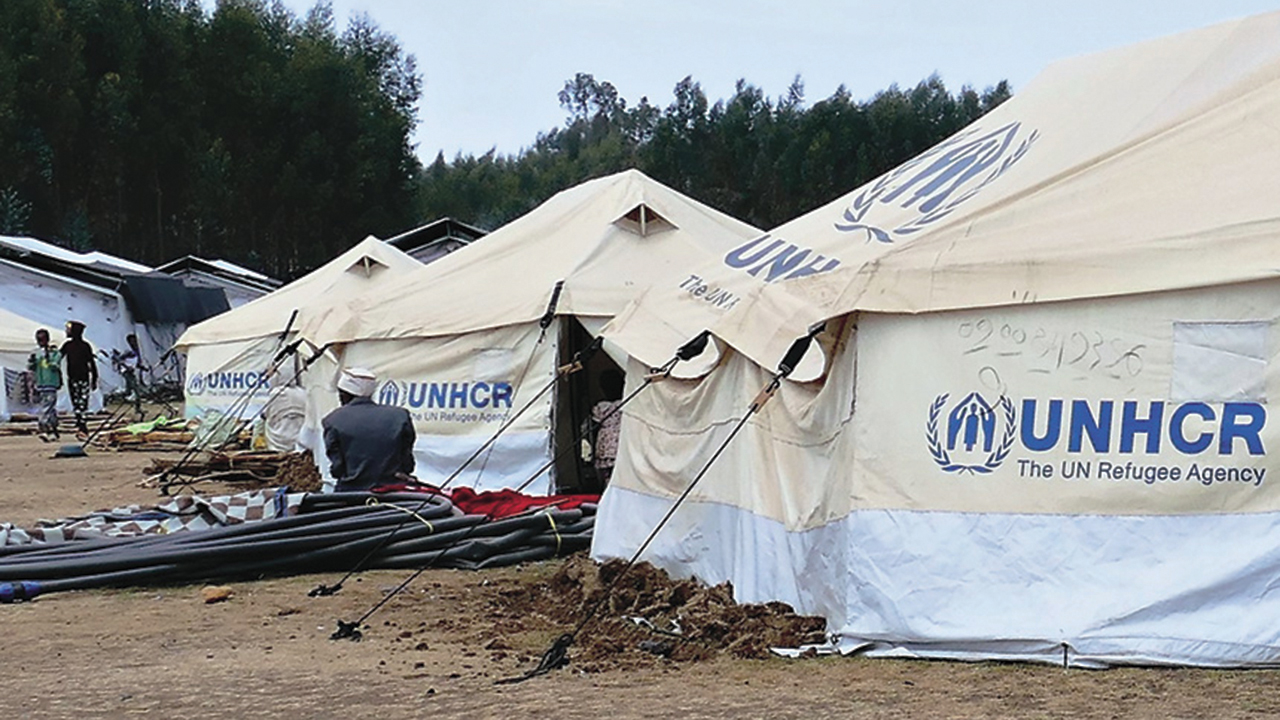 Ethiopia and the Horn of Africa are no strangers to turmoil, prompting the president of the Meserete Kristos Church to send a message of support to Mennonites in Ukraine in MKC’s April newsletter.

“My words are completely inadequate to explain the pain and suffering you are passing through,” wrote MKC President Desalegn Abebe. “This is a dark and terrible time. We, too, have been in similar challenges, but we still believe that God is in control and able to transform the darkness into a shining light in the days ahead.”

Abebe also has a message for North American Mennonites. A year and a half of violence has led to 12 MKC churches being burned, 44 displaced and 163 full-time ministers and their families displaced and without income.

“Your forefathers planted MKC in Ethiopia,” he said by online video. “Now we are the largest church [in Mennonite World Conference], and we are in need. Come over and help us so that we can help the needy ones among us. And pray for us that God would bring some bright days ahead.”

MKC is involved in humanitarian aid and peacebuilding, such as trauma-healing programs in remote villages and participation in Ethiopia’s National Dialogue Commission.

The conflict began in 2020 between the national government and the Tigray People’s Liberation Front, based in the northern state of Tigray.

Violence shifted to neighboring states with regional and ethnic militias. A U.N. report on human-rights violations implicated all sides.

The situation is complex for MKC because the church includes members from all regions and ethnic groups in the conflict. Abebe said it is a challenge to encourage churches not to take a position but focus on unity in Christ.

“I can’t deny that division is in our midst based on ethnic background,” he said, adding there are also strong signs of churches supporting each other.

MKC is also working for peace on the political level. Abebe and colleagues are in conversation with government officials about both aid and peace. An MKC member was recently selected to sit on the 11-member National Dialogue Commission.

A continent away, another conflict compounds the suffering in Ethiopia.

MCC has added emergency response to its work with partners, including MKC, in conservation agriculture, health, water, education and peacebuilding. Much of MCC’s emergency relief is through Afar Pastoralist Development Association, the largest nongovernmental organization in Afar, which borders Tigray.

Life was difficult in the sparsely populated state even before the violence. Many inhabitants are nomadic goat herders. The Mosleys said herds have been decimated and thousands of people displaced. In cases where people can return, they go back to destroyed homes, clinics, schools and water systems. MCC is partnering with APDA to provide palm-mat shelters.

MCC partners with MKC to train people in trauma healing and peacebuilding. MCC also assisted organizing a national gathering at which representatives from Christian denominations discussed conflict and peace.

Abebe holds gratitude for support from Mennonites around the world.

“Many countries have given us weapons to fight each other,” he said. “But Mennonites in the rest of the world have given us money and courage.

“We are one body in Christ. If one part of our body is sick, all of our body [is] sick. If you feel that [sickness], then now is a time to join hands and help our people in Ethiopia and in Ukraine.”

MKC ministries can be supported by contacting Norm Dyck of Mennonite Church Eastern Canada at ndyck@mcec.ca or 855-476-2500 ext. 707, or by contributing to MCC’s work.