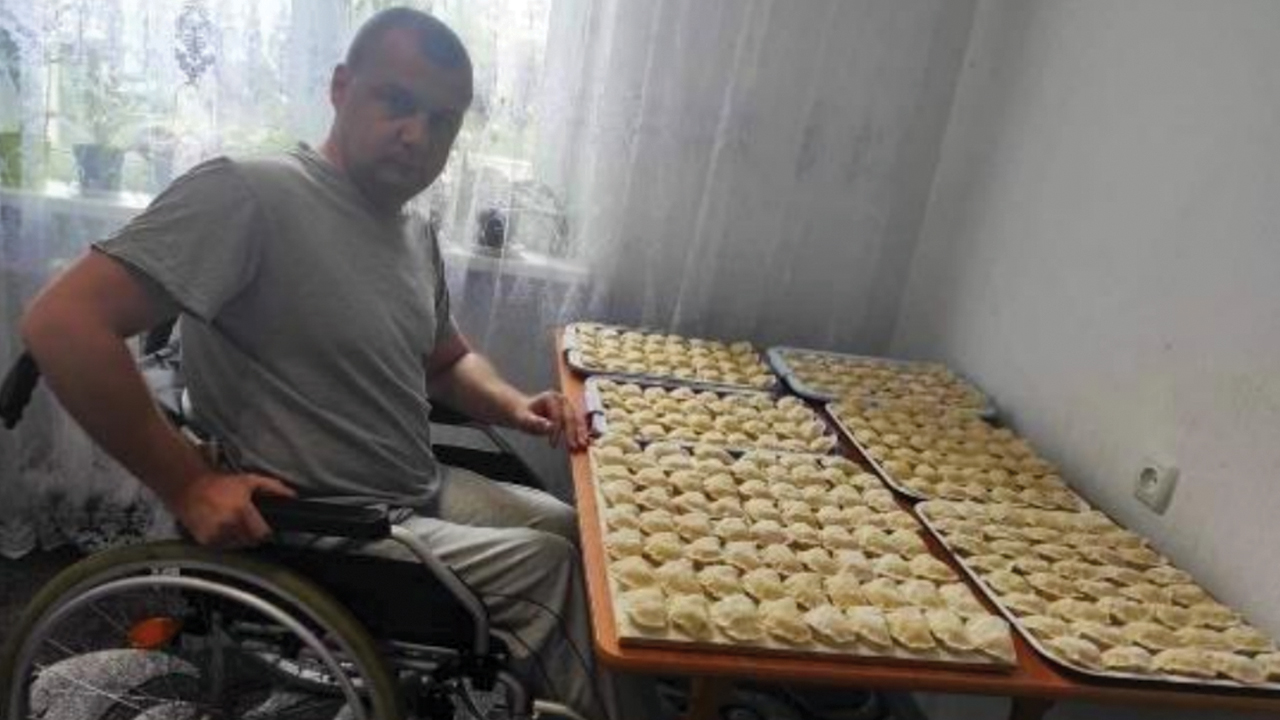 After fleeing fighting in Cherkasy, Vladimir found his way to Uman in central Ukraine. Based on a desire to serve people suffering from the conflict, he makes 1,000 to 2,000 verenike every day for volunteers to deliver to those in need. — Friends of the Mennonite Centre in Ukraine

About one third of Ukrainian Mennonite Brethren congregations were in territory under Russian military control by mid-June.

Mennonite Brethren Foundation reported that all of the about 20 church buildings that belong to congregations in the Association of Mennonite Brethren Churches in Ukraine are still standing and that no members’ lives have been lost.

About 20% to 30% of people who belong to AMBCU churches have stayed in their homes. Another 20% have fled Ukraine, and the rest are displaced within the nation, mainly in the west.

Churches in occupied territories are isolated and only hold services in homes. AMBCU has only been able to deliver a small amount of food to these churches since it can be confiscated at Russian checkpoints.

Sergey, a Mennonite Brethren pastor, helped start a congregation in Avdiivka in eastern Ukraine’s contested Donetsk region shortly after clashes with Russia began there in 2014. Since that time, he has returned often to ­Donetsk to bring the gospel and humanitarian aid.

“During the last trip to Avdiivka, I had to lie in a recess on the side of the road for more than half an hour, waiting for the gunfire to cease,” he said in a June 6 AMBCU report.

“If you hear a shell whooshing, then you know that it is not flying at you, but nearby. But you still fall to the ground, because the fragments shatter very far. The locals didn’t even want to come out of the cellars. They do not react the way we do, they are inured to it.”

“It’s always like this in Avdiivka: The war rages, but life must go on. Although now everything is much more intense there — a lot of destruction and victims.”

AMBCU has formed 10 refugee assistance centers, three of them near the eastern front.

Centers in Mukachevo in the west and Zaporizhzhia in the east are supported by Mennonite Central Committee and Multiply, the North American MB mission agency. The Mukachevo center is also assisted by a local congregation that is part of the Mennonite Free Church of Austria.

A team of 30 people works from a center in Zaporizhzhia, distributing food and clothes to refugees. They always hold short services for encouragement, prayer, sharing the gospel and singing.

A team of 20 MB people in Mukachevo find and distribute humanitarian aid, sending supplies to the east. Teams take aid to destroyed villages and towns, returning with people who want to evacuate. Team members help them get to the border and find churches in Europe that can receive them.

AMBCU has created a website called Shelter House Ukraine in Ukrainian and English to share information about temporary housing assistance in Mukachevo and Zaporizhzhia at shelterhouse.org.ua.