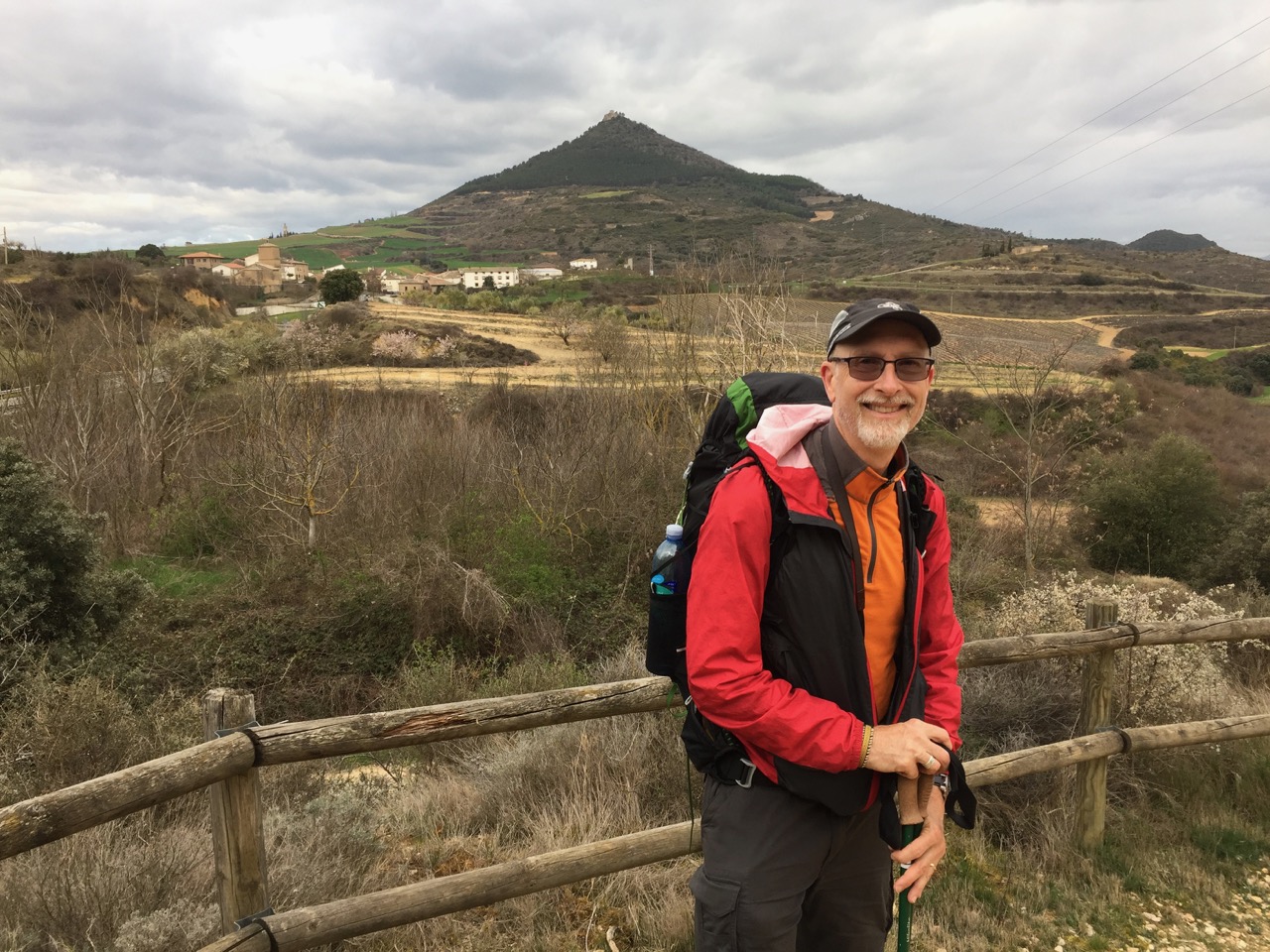 This is a web-exclusive article on the theme “Pilgrimage” For more stories on this theme, see the September issue of The Mennonite, available here.

For nearly 20 years, the Camino de Santiago, or the Way of St. James, beckoned me. Since the ninth century—and possibly longer—pilgrims have walked to Santiago de Compestela, largely along a route that follows an ancient Roman road through Northern Spain. While a pilgrimage literally begins the moment you walk out your door, “The Camino Frances” refers to the 500-mile route from St. Jean Pied-de-Port in the French Pyrenees to Santiago in Galicia, northwest Spain. That route—which normally takes five weeks or so—is the way I dreamed of walking. Wishing to “downshift” my hurried life, I finally answered its call this past spring.

Half a million people per year traveled to Santiago in the Middle Ages, particularly during the height of pilgrimage in the 12th and 13th centuries. Believed to be the burial place of the Apostle James, its popularity declined during the Reformation and in subsequent years but has experienced a revival in recent decades, with close to half a million pilgrims again walking all or part of it this year. Some, like me, end their walk at the cathedral city of Santiago, but many others walk several days longer to the western-most coast of Spain, a place appropriately called Finisterre, or “the end of the earth.” Centuries ago, most went on pilgrimage for penance or to seek a miracle at the shrine of St. James. While the destination is important, then, as now, many simply walked to experience an inner transformation through the journey. This was my purpose.

While I set off alone on my walk, I was joined along the way by dozens of other pilgrims, some alone, some in pairs or groups, some in ad-hoc “families” that spontaneously formed along the way. But whether alone or with others, each pilgrim walks for their own reason. I wanted to walk it in order to slow down my life, to learn to be more attentive to the present moment, to free my mind and spirit from hurry, from a heavily scheduled and demanding life, so that I could listen more deeply to what the voice of God might be saying through others and in the world around me. “I’m not in a hurry” became my mantra.

With life was stripped to its essentials, everything I needed was in a 16-pound pack on my back. A new, natural daily rhythm emerged. I rose early each morning upon hearing the first rustling of other pilgrims. Reminding myself that “I’m not in a hurry,” I loaded my backpack, had a light breakfast of toast and coffee and headed off into the gray predawn morning. I had no schedule for the day, and as the sun rose, my long shadow slowly moved along the road ahead of me. I relished those early-morning hours, rain or shine (it snowed twice but rarely rained) with time alone to pray, think and reflect. I wrote letters and books in my head. My mind slowly opened up and in time became full of the present moment—the sky, the mountains, the plains, the mists, the budding vineyards, vast fields of newly green wheat—always with my eye on the road and the way markers, lest I miss a turn or twist my ankle on a rock. Midmorning and afternoon stops in cafes and evenings in albergues (pilgrim hostels) were opportunities to talk and get to know others. Nights were spent on bunk beds in dormitories, snorers and sleep talkers included. After 15 miles (25 kilometers) each day, sleep came quickly and easily to everyone.

Slowing down to engage others, rather than just walking by, became a daily discipline for me. One day during my third week, I came upon Frank, a middle-aged and slightly mysterious German I had encountered many times over previous weeks. We often shared meals together in the evenings, but he seemed uncommonly quiet. We all knew he had already walked a long way, leaving on foot four months earlier from his home in Frankfurt, 500 miles before my starting point in St. Jean. Usually I walked faster than he did, but this time, rather than just exchange the customary greeting, “Buen Camino,” I slowed and struck up a conversation. I recall the date clearly, April 13, the date of my mother’s death 11 years earlier. She had died after a six-month battle with colon cancer, and I was reflecting on it that morning. I asked a few probing questions, and, unexpectedly, he opened up to me. “I have colon cancer” he said in German, roughly translating it into English. He described an earlier occurrence of the cancer and his awful experience with chemo. It was all familiar to me; I recalled my own mother’s battle and her suffering through chemo, which ultimately failed her. “I just can’t face the chemo again and I’m going to Santiago to ask God what I should do next.” I was struck silent for some time. Slowly I told him my mother’s story, saying that while I had not suffered from it myself, I understood from my mother what he was going through and that today was the anniversary of her death. Deep within, I became aware that our conversation was not just a coincidence but part of the inexplicable mystery and magic one encounters often on the Camino. I walked alongside him, sometimes in quiet, for the rest of that morning. Over the next days, he sought me out, aware he now had someone who understood and empathized with his need.

I look back on that day as the time I realized I was finally going slow enough to listen to hear and the voice of God within me and be present with those I encounter daily. Many more experiences like it followed.

Today there’s a note on my refrigerator to remind me each morning of this transformative experience: “I’m not in a hurry.”

Russ Eanes is the former executive director of MennoMedia. He currently works as a freelance writer in Harrisonburg, Virginia, and is writing a book about his experience of walking the Camino de Santiago.