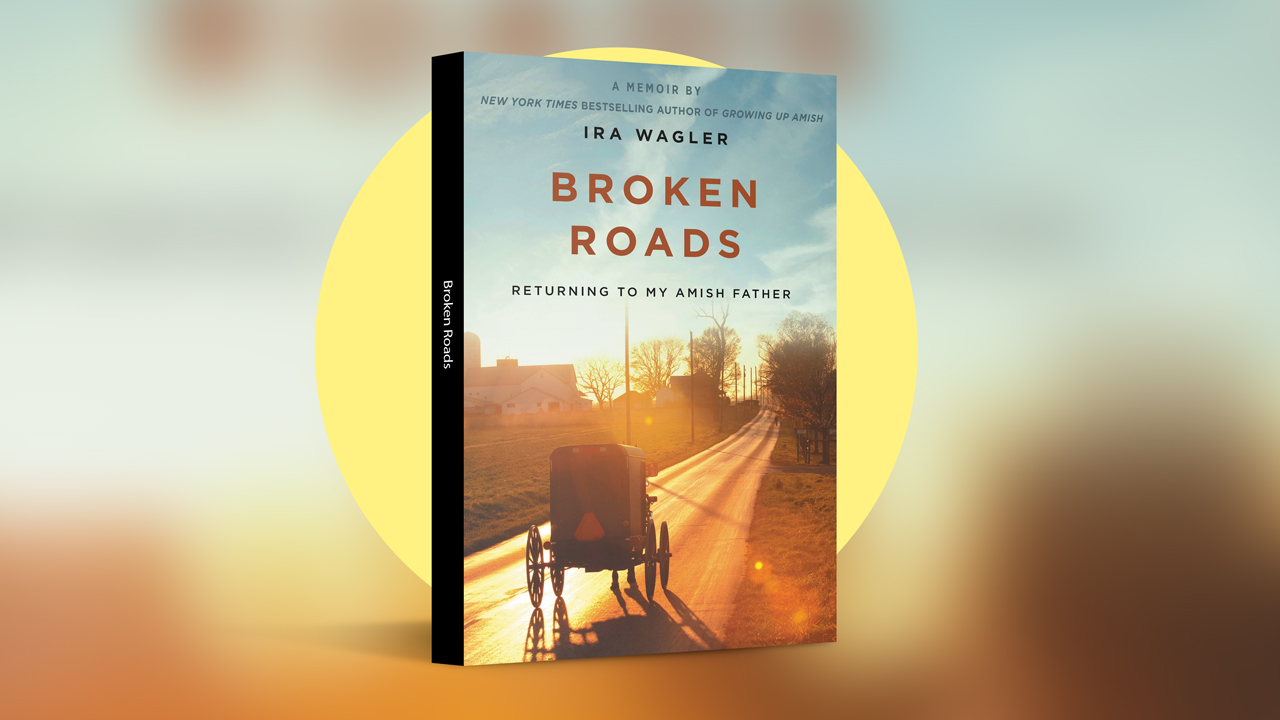 Christian Wagler shot himself in 1891. He is buried in Daviess County, Ind. A young Amishman, 36 years old. “They knew, the Daviess people, that . . . the shameful stain of his suicide would haunt his seed forever,” his great-grandson, Ira Wagler, writes.

That seed would remain restless. Discontent, sometimes, often with the rest of the Amish world. One of them was David Wagler, Christian’s grandson and Ira’s father. Family Life magazine, a mixture of opinion, morality and practical advice deeply influential to the Old Order Amish since 1968, was his brainchild.

It is in that context of Amish ambition, moral certainties and generational burden that Ira grew up. He wrestled with, rejected and forced himself to embrace the Amish culture until, by the end of his first bestselling memoir, Growing Up Amish, he left for good. Despite the peace in his leaving, the book felt bitter at times. It left readers with Ira back in Daviess County, “tired and done” as he now admits, a 27-year-old with adventures and grief worth many more decades.

That is where Broken Roads: Re­turning to My Amish Father picks up. It’s not that Wagler’s journey gets easier. These are no breezy lessons about ex-Amish life or an author’s second proof of literary genius. Wagler is still the general manager of a building supply company in Lancaster County, Pa. But whatever self-pity there was in Growing Up Amish is gone.

Wagler first takes his readers along on his journey through higher education. A professor recommends him to Notre Dame, “a gleaming city of secular academics,” but Wagler opts for Bob Jones University. At the fundamentalist citadel, he proves to himself that he can survive rule-oriented Christianity and own his contrarian persona. It’s easy to root for him in chapel as Bob Jones Jr. calls for student after student to stand — to convert, to confess, to demonstrate they are Christian. And Wagler, in the plain suit from his Amish-Mennonite extended family, remains seated, altar call after altar call: “I wouldn’t do it just because everyone else was. I dug in, irritated. Whatever he said, I wasn’t going to be manipulated. Not this time.”

The only non-Christian among Bob Jones’ students that night moves to Lancaster, attends law school and practices for a few years. And he slowly reacts less to the Amish. Perhaps he didn’t know them as well as he thought, he writes. They, “my people,” are not all judgment, after all.

Wagler’s short tale about “whiskey and me” is perhaps the heart of the book. His turn from his own bottom with alcohol and his stumbling toward new doors are thematic for his sober journey through the last years of his father’s life. His rationalizations — who wouldn’t drink after a painful divorce, as all genius writers did? — fade away. Slowly able to see that he blew through the lives of others like a tornado, he surveys the damage and begins to grow instead of to self-justify — to grow “beyond any point you ever thought you could have.”

This growth makes it possible for him to free the little stone angel from the darkest days of his failing marriage from the weeds all around it. To be at the same dinner table with his former wife, and in a Bible study with the man he blamed for his divorce, without an emotional hangover afterward. To sit in his parents’ kitchen back in Aylmer, Ont., stunned that his father would sit with him, and empathize: “I was a hothead, strong-willed and filled with passion, rage and desire.

Stubborn. Driven. As was he. I was my father’s son.” Perhaps it is that his father, too, has grown. But when the old Wagler speaks the old mealtime blessing, in German, his son drinks it in. “It was a gift, all of it.”

There are many broken roads here, littered with small choices to reconcile, to rebuild, choices that are rewarded when Wagler is free to say, after his father’s funeral, that “the Amish world has lost a giant. His kind will not soon come again” and close the book without a neatly tied up lesson.

This is a simple book, and Wagler’s prose and cadence reflect that — simple and skillful. The Ira Wagler of Broken Roads comes to his readers a bit like the couple who show up at his desk one day and tell him their stories about drinking. He “doesn’t spout wise, trite things like people do when they’re preaching at you.” He just tells us what he has seen and lived. He has gone far, far down toward the bottom too. It’s often those experiences, not the triumphs, that become most useful for others if we manage to climb back out to tell them. And who knows what might have been if the Waglers of previous generations had known as much and told their stories.