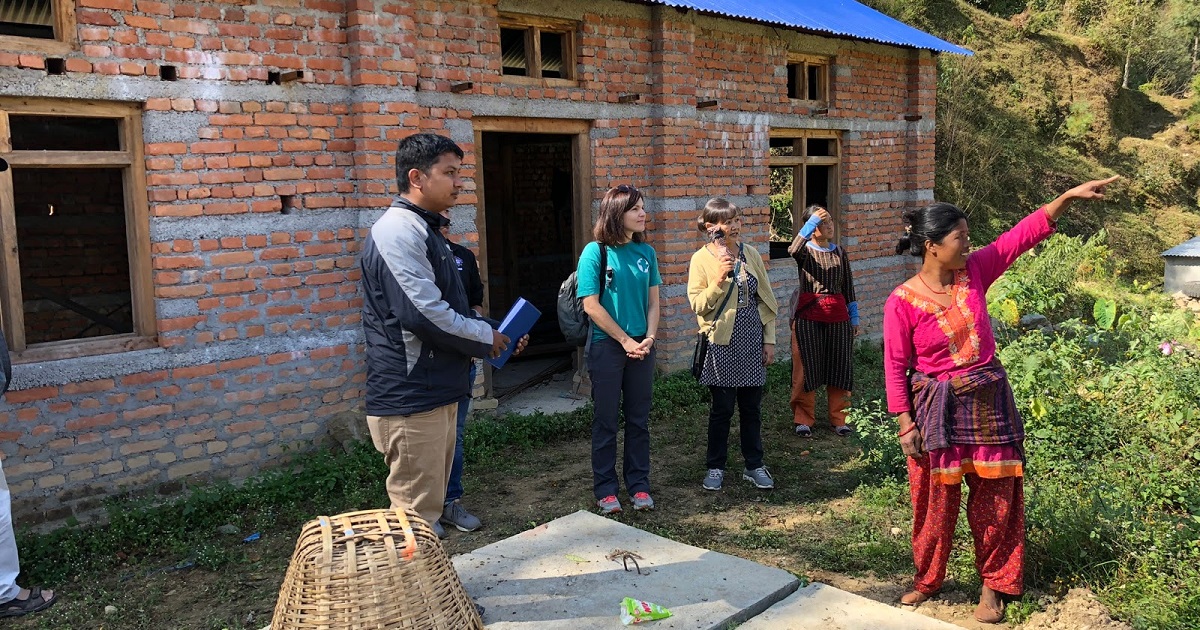 “When the earthquake came, we ran to find a place to hide,” Shanti and Krishna say. “Our house collapsed and it was a day or so before help came,” they say. Shanti said her family thanked God it was a Saturday when the earthquake struck because the schools were closed and their three children were home with them.

When the earthquake hit Nepal in April 2015, 9,000 people were killed and hundreds of thousands of people became homeless overnight.

In the village of Nallu, about two hours south of Kathmandu, where most of the houses were destroyed after the earthquake, I stood with Shanti and Krishna beside their new home. We could see the remains of their old house perched on the hillside above.

With government assistance and their own savings, and with some additional “top-up” funding help from Mennonite Central Committee (MCC) through our partner Rural Institution for Community Development (RICOD), Shanti and Krishna, along with almost 200 other families in this community, were able to rebuild their houses after the earthquake.

When we asked Krishna how his family managed to survive after the earthquake, he said in Nepali, it was “arma parma,” everyone helping each other, a part of the traditional way.

Government support came in installments, with officials inspecting their progress. The traditional mud and stone construction is now replaced with a higher ratio of cement. I saw how reinforcing steel rebar is now used in the new construction as well. Many homeowners received masonry training.

Krishna says the new construction is a good thing because he has felt slight earthquake tremors several times since the earthquake struck almost five years ago.

MCC was able to work in this rural community and others like it after the earthquake because we had long standing relationships with partners here. Shanti says she had been part of a women’s nutrition group before the earthquake, in a part of a project sponsored by MCC, and she and the other women learned how to save money in a savings and loan program.

When the earthquake struck the prison in Acts 16, and the guard prepared to take his own life because he feared the prisoners were gone, the apostle Paul told him not to worry because the prisoners had not left. “We are all here,” Paul said.

Five years after the earthquake in the village of Nallu, with neighbors still helping each other to recover and the government and organizations like RICOD, with MCC’s help, working alongside them, it seems like Paul’s declaration is meant for this community as well. We are all here.