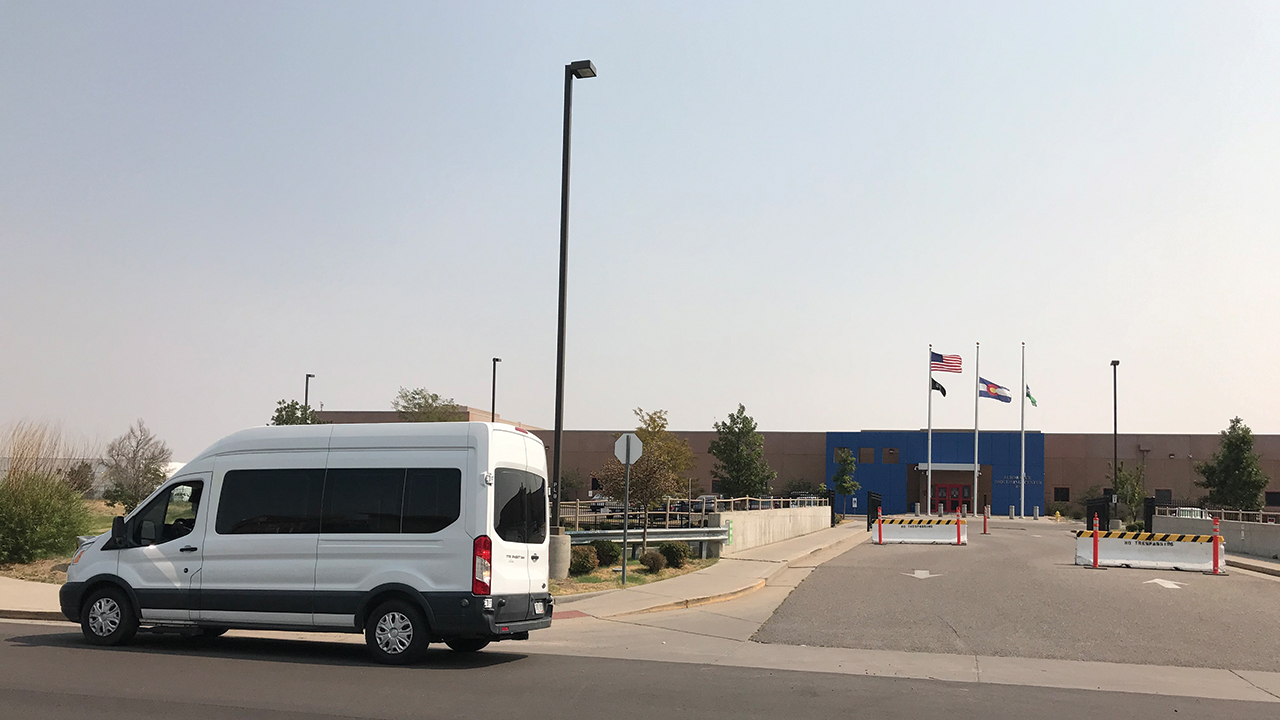 We were having trouble communicating.

He was speaking enthusiastic Portuguese, and a lot of it. I only speak English. He was the father of the immigrant family I was guiding to the El Paso airport. I was able to let him know that although I was enjoying his good cheer immensely, I couldn’t understand his words.

This didn’t stop him. But his sweet communicating did stop later, because after he and his son and daughter and I were cleared to board the plane to Chicago, his wife was nowhere to be seen. As half an hour passed, he became more and more upset. We knew the plane was to depart soon.

Finally, his wife emerged. The Transportation Security Administration agents casually mentioned they had forgotten her.

Then, rushing to board at the gate, he turned and spoke his first English words to me: “You are my brother!”

For so long, I’ve puzzled about the fact that despite my faith, I can’t seem to fix the world. What a surprise, right?

A conscientious objector and lifelong pacifist, I still find, after more than half a century of antiwar activity, that somehow war has managed to continue without my approval. And despite my determined advocacy for a less exploitative economic system, the gap between rich and poor continues to grow. There must be more I can do, right?

What I can do is welcome the stranger, visit those in prison and find hope and joy learning about others who do. I can in these ways experience the kingdom coming.

My wife and I volunteer with immigrants through Annunciation House (AnnunciationHouse.org) in El Paso, Aid Northwest (Aidnw.org) near Seattle and Casa de Paz (Casadepazcolorado.org) near Denver. We didn’t realize when we started volunteering how immigrants’ experience would capture our hearts. But it has, profoundly.

During the pandemic we are limited to writing to detained immigrants, as migrants currently are prevented from coming across the border in El Paso, and Immigration and Customs Enforcement has stopped visitation at its detention centers.

What we are also blessed to be able to do is to watch webinars in which wonderfully inspiring immigration experts tell about their long years of passionate advocacy for migrants.

And we just finished the deeply moving account of the life of one undocumented immigrant, The Death and Life of Aida Hernandez by Aaron Bobrow-Strain.

Joy. It has found us. And yes, we were, as C.S. Lewis said, surprised by it. And beyond grateful.

So, no, I can’t fix the world. But I can be connected to the joy of the kingdom. Now and always.

My wife and I have found brotherhood and sisterhood. Or rather, the joy of it has found us.

Max Lewis is a retired social worker living in Seattle. He is a member of St. James Cathedral and an associate of the Sister of St. Joseph of Peace who is inspired by his study of Anabaptism.

“I haven’t seen the grass or trees for nine months.”

Casa de Paz began welcoming people released from the U.S. Immigration and Customs Enforcement’s contract detention facility in Aurora, Colo., in a new way this fall with its new Casa on Wheels van.

The organization is the only one of its kind in Colorado to offer shelter to released immigrants and their families. Founder and director Sarah Jackson says the new van provides a “soft landing place.” She knows of only two other organizations in the U.S. that also have mobile hospitality units.

Casa de Paz has been supported by Mountain States Mennonite Conference, Mennonite Central Committee and First Mennonite Church in Denver, where Jackson is an attender. She has also been a presenter at Mennonite Mission Network events.

“Folks also faced an excruciating decision: Do I walk back inside of the detention center that just imprisoned me and sit in the waiting room for a Casa de Paz volunteer to pick me up? It was scary, confusing and disorienting. We knew we could make the experience better.”

Volunteers wait inside the van and keep an eye out for immigrants leaving the detention center. When someone is released, volunteers are there to give them a warm welcome within minutes. The van is stocked with food, drinks, internet access and other necessities to make guests comfortable.

“Casa on Wheels is a promise,” Jackson wrote. “A promise that as long as detention centers keep families apart, there will also be a welcome center (that just happens to look a whole lot like a van) for those who need us.

“But this is more than just a van. This is a van of hope. A van of peace. A van of welcome.”

Casa on Wheels “hit the road” in September and has since welcomed dozens of immigrants as they transition from detention to connect with family members across the country.

A few weeks into its usage, Jackson was inside the van checking emails while watching for released immigrants. One email from an immigration lawyer asked if a client who was just granted asylum that morning would have to wait until the usual 5 p.m. pickup time. The lawyer was blown away by her answer: “I’m actually right across the street from the back door that he’ll be released from. As soon as he’s out, I’ll greet him!”

A few minutes later, Jackson saw the man depart the detention center gates. She introduced herself, and they made small talk. As he took in his surroundings, he commented, “I haven’t seen the grass or trees for nine months.”

“As we sat there, mostly in silence, I kept hearing him repeat softly, ‘Thank you, God. Thank you, God,’ ” Jackson recalled of the sacred moment of taking in the simple beauty of God’s creation.

A few hours later, his sponsor arrived to pick him up and take him home. They waved goodbye. Even though Jackson couldn’t see his smile under his mask, she could see his eyes smiling. Those eyes said it all: “Thank you, God. Thank you, God.” 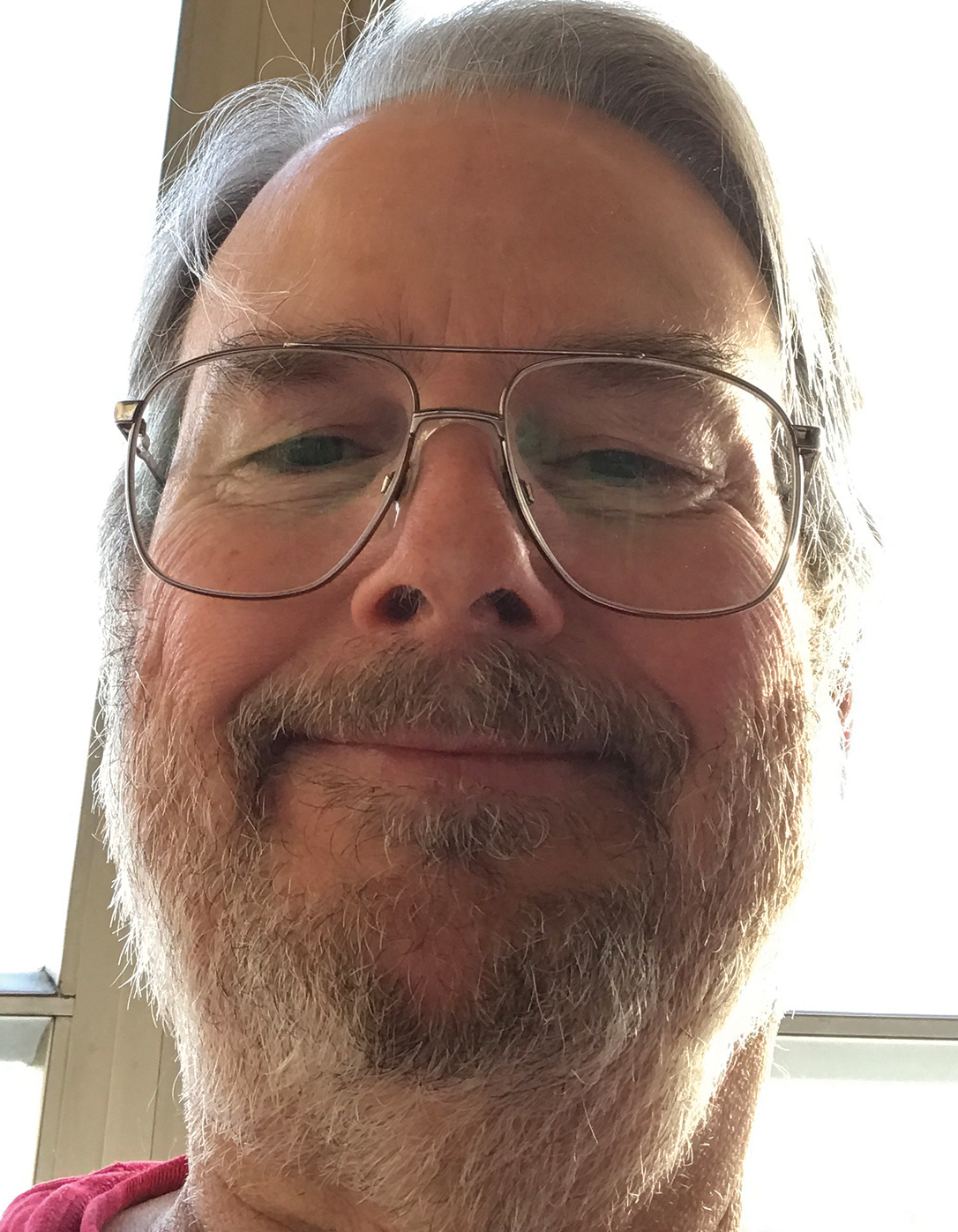