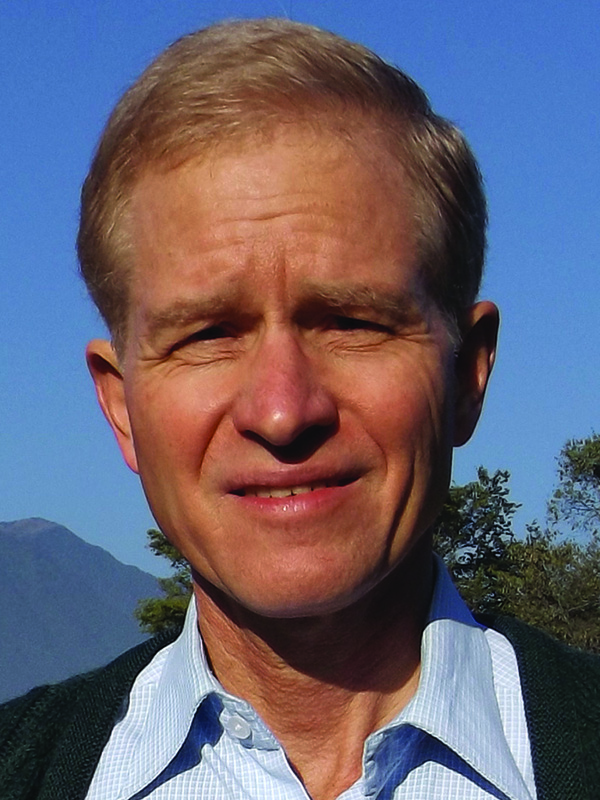 Dale Lee Nafziger is a mission worker in Nepal.

I ask this on the basis of ongoing discussion in Mennonite Church USA. At this historic juncture, as God’s Spirit brings continued revelation to the church, we should keep in mind these stones: 1. God cannot lie. God’s Spirit, consequently, reveals objective truth. 2. God’s objective truth applies to the catholic (universal) church.

1. When viewing the North American church from a distance, it appears some of the highly emotional topics discussed nowadays have an immense focus on the individual, almost to the point of disregarding both the global church and the ultimate purpose of the church.

In this context we should ask, Where is Jesus in this particular issue, and how is the name of Jesus being lifted up? Is this particular issue clearing or clouding the historical gospel message of calling sinners to repentance and experiencing new life in Christ? For example, I view online discussions of topics confronting the North American church. Sometimes the discussion goes on for 30 minutes without a single reference to the Lord or to how a particular stance is bringing people into the kingdom. This raises red flags for me. Is this issue ultimately about me or about the kingdom?

2. A second question is how the issues being discerned impact the global Mennonite church, which is now the majority church.

Some of the most intense discussions remain a mystery to the world at large. Islam (including the 4 percent of Muslims here in Nepal), for example, takes rigid positions on many “life issues.” Apparently this stance is increasingly attractive to some North Americans who have tired of the moral relativism that typifies some mainstream Western denominations who have tried to be everything to everyone.

There are many Mennonites in Indonesia, for example, whose already precarious position may be made further precarious by having to identify with a North American stance that infringes on the local social norms they must respect in order to survive in their culture. About 10 years ago here in Nepal, one of our good South Asian friends said, “Never belittle the simple faith of the simple Christian.” The simple belief of a simple villager in Nepal may in no way compare to the sophistication of high-powered, theologically saturated, western church, but that simple faith is as precious in the eyes of God as any “higher revelation” of the theologically sophisticated West.

3. A third question is, How does this particular issue affect the North American Mennonite church’s global call to mission?

If the cultural norms adopted by the North American Mennonite church differ too drastically from those in their country of service, for example, it may place North American missionaries in the awkward position of being identified with “life issues” that conflict with those of their host country, thus mitigating Christian witness. About 20 years ago in the United Mission to Nepal, for example, a prominent missionary (with more than 30 years of service in Nepal) felt compelled to resign from her sponsoring mission when that organization adopted a stance that directly conflicted with all she had preached in Nepal.

4. A fourth question is how the issue jives with historical Anabaptism.

May wisdom in abundance rest upon Mennonite Church USA as it seeks the leading of God’s Spirit.