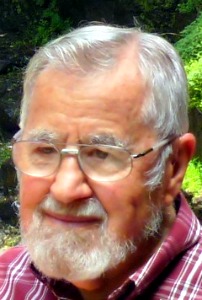 Mennonite Church USA faces the pivotal question of what unites us and what can divide us.

The presenting issue in our time is acceptance of gay and lesbian individuals either as celibate or married into the fellowship and ministry of the church.

It’s a theological question of what constitutes the body of Christ.

Regeneration and baptism into a redeemed and redeeming community? Commonality of specified core beliefs? Agreement on ethical standards? Consent to organizational agreements and structures?

The New Testament confronts us with the proposition that belonging to the church of Jesus Christ depends on the confession that Jesus is Lord. Jesus established this norm in calling people to follow him. Their decision to follow expressed surrender to the divine call.

It involved no belief in a specific theory of the atonement, understanding of the Trinity or commitment to a certain biblical hermeneutic. Rather, it was a commitment to relationship with and obedience to Jesus.

As a denomination, we have exchanged this fundamental dynamic that unites for a set of opinions that divide.

Front and center in the debates about the future of the denomination are the Confession of Faith in a Mennonite Perspective, approved in 1995, and the Membership Guidelines approved in Nashville in 2001.

These are considered foundational to denominational functionality, sacrosanct to the possibility that we can stay united as a denominational expression of the body of Christ.

The critical issue in all the biblical and polity discussion about these two documents relates to the statement in Article 19, “We believe that God intends marriage to be a covenant between one man and one woman for life.”

Nearly all the emphasis is put on “between one man and one woman.”

Many congregations and most all conferences are at variance with regard to “for life,” having found biblical reasons to accept divorced and remarried people as part of the church and at times leadership.

The core question is, When does our disagreeing with someone else’s belief and practice interrupt our relationship with Jesus and our unity with other followers of Jesus Christ? Jesus has called us to be witnesses to him, not coercers of others.

Moves to expel or separate are tactics of coercion rather than witness.

Does the ordination in another congregation or conference compromise my identity as a follower of Jesus Christ? Jesus warns us to be concerned about our own obedience rather than that of others.

In January, a group met in Hartville, Ohio, to create a new structure as an alternative to Mennonite Church USA. While they articulated foundational values of obedience to God, faithfulness to Jesus, transformation through the Holy Spirit and “embodiment of the Anabaptist tradition in our contemporary context,” the triggers for this event were the licensing of a pastor in Mountain States Mennonite Conference and Eastern Mennonite University’s re-examination of its hiring policy with regard to people in covenanted same-sex relationships.

It doesn’t take an advanced degree in theology to understand that this movement away from unity results from a difference of understanding with regard to the interpretation of Scripture and the authority of denominational structures to impose discipline.

Lancaster Mennonite Conference (of which I am a member and which holds my credentials as a retired ordained minister) participated in this effort to create an alternative to membership in Mennonite Church USA.

The dynamics that push LMC in this direction are imbedded in its history as a conference that has emphasized boundary setting and authority structures.

Multiple divisions in the past have occurred because of change of convictions and one faction’s belief that its interpretation trumps that of another’s, that purity or faithfulness requires separation.

There are forces within LMC today that insist that if LMC does not separate from Mennonite Church USA, they will leave LMC. It’s a political cudgel.

Scripture suggests another way is possible, i.e., that we recognize that our unity resides in our mutual confession that Jesus is Lord, that renewal and fruit-bearing result from abiding in the Vine, in having our life grounded in Jesus and his life flowing in and through us.

In his Epistle to the Roman church (14:1-15:7), Paul sought to keep the church together in spite of disagreement about important issues.

He pleads for unity based on the mutual confession that Jesus is Lord rather than agreement on the ethical issues that divided them.

Paul deals with these as “disputable issues.”

He exhorted them to mutual acceptance and attitude correction.

hat kind of attitude shift would go a long way to pulling us back from the brink of schism that is an affront to our central confession that Jesus is Lord and Jesus’ passionate prayer that the church be one.

Is it possible that even at this late date the momentum can shift and our rush toward division turned back? From a human perspective it seems unlikely. But with renewed yieldedness to our Lord and openness to the Holy Spirit it is not impossible.

God’s answer to our situation involves rethinking how we conceive being the church of Jesus Christ. It will have to eliminate the idea that my faithfulness involves coercing others to my point of view.

We need to learn respect for those with whom we disagree and love them.

My faithfulness is manifest in how I follow Christ and in the integrity and power of my witness to Jesus. The confession that Jesus is Lord brings us together. Jesus prayed that we be one so that the world may know that he is the sent one of the Father.

We proclaim that Jesus has the power to transform the world.

May we also believe that he has the power to transform the church. Even the Mennonite denomination.

John M. Miller served two terms as a missionary in northwest Mexico in church planting and leadership development. He taught at a variety of educational institutions. He was an assistant to the missions secretary, pastored, and served as an overseer in Franconia Mennonite Conference. He was Missions Secretary for Pacific Northwest Mennonite Conference and retired in June 2000. John lives in Leola, Pa., and is a member of Stumptown Mennonite Church.