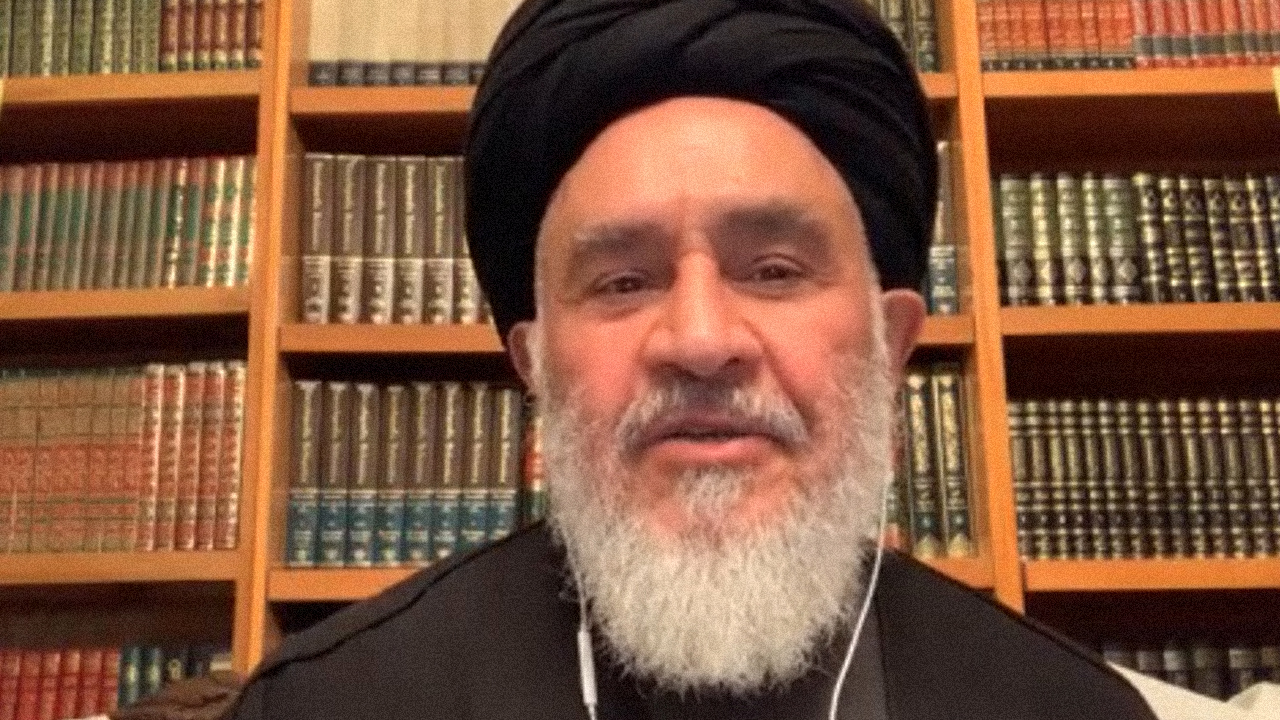 Ayatollah Damad takes part in a “Who is My Neighbor” webinar Dec. 3 that was coordinated by Luke 10, a group of Canadian and U.S. Mennonites. — Doug Hostetter

A small group of Canadian and U.S. Mennonites has been working for six months to find a way for Mennonites to contribute to COVID relief in Iran. In the process of our search, we discovered other Christians who shared that desire. We’ve joined together to found an ecumenical organization, LUKE 10 (in reference to the parable of the Good Samaritan) with leaders from Catholic, Protestant, evangelical and historic peace churches, to send aid and do peacebuilding with Iran.

With hostility growing between the governments of the United States and Iran, we realized peacebuilding between the peoples and faith traditions of these countries might be even more important than the modest amount of medical supplies we have been able to send to Iran.

The LUKE 10 board asked me to work with a former Iranian United Nations ambassador who still lives in New York to bring together a webinar with faith leaders from the U.S. and Iran as panelists and invite participants from Canada, the U.S., Iran and around the world. The subject of the webinar, the issue around which our organization had arisen, was the question asked of Jesus 2,000 years ago, “Who is my neighbor?”

Episcopal Bishop John Chane and Rabbi Lynn Gottlieb from the U.S. and Ayatollah Damad from Iran readily agreed to be panelists. We called the webinar “Who Is My Neighbor? Abrahamic Dialogue in the time of COVID.” The Dec. 3 webinar was hosted by LUKE 10 and co-sponsored by the Washington National Cathedral, the Interfaith Center of New York and the World Evangelical Alliance. Supporting organizations — committed to sharing webinar information with their members — included the Center for Interfaith Engagement of Eastern Mennonite University, Canadian Mennonite University, Fellowship of Reconciliation, Hartford Seminary and Pax Christi USA.

The Zoom webinar had 242 people registered, and by the next morning another 380 people had seen it live­streamed or the recording on Facebook. Participants contributed $2,300 for COVID relief in Iran. Of those who indicated their faith tradition, there were 103 Christians (including 20 Mennonites and six Quakers), 20 Muslims and 14 Jews. The countries of registrants: U.S., 169; Canada, 19; Iran, 14; U.K., seven; Israel, two.

An Iranian professor who shared the webinar live with his class at the University of Mashhad reported his students were totally engaged.

“It was the first time that they had ever encountered a bishop or a rabbi,” he said. “They were less interested in the ayatollah, as they had often heard ayatollahs, but they were amazed to be able to hear directly from an American bishop and rabbi.”

At a time of mutual demonization, we were able to bring American Christians and Jews together with Iranian Muslims to discuss the profound question, “Who is my neighbor?” I believe it was a historic peacebuilding effort at a critical moment.

Doug Hostetter serves on the LUKE 10 Board of Directors.