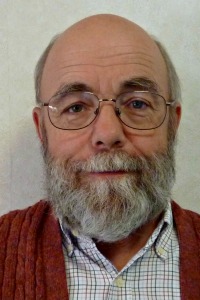 People need a community, a group larger than themselves, in which to give and receive the possibilities of a fuller life.

It can be called a matter of survival, and on one level it is that, but much more. Whatever it means to be human, to be alive and growing, can be discovered only in relationship to others. The Western ideal of individualism, of self-realization without communal commitments, is an illusory and ultimately destructive project. We are witnessing the decay of our so-called civilization as we pursue our self-fulfillment.

The nation state has become the default community for cultures of individualism. Seeking a larger community with which to identify, a community that gives a sense of strength, protection and security, people put a national flag in their lawn, porch and truck. Others, more educated, urbane or cultured, put up no flag, but support the imperial project nevertheless. They make the nation their community.

This expresses a view of human nature which sees people as fundamentally aggressive, mean-spirited and threatening. The foundational human project is then to protect one’s self from dangerous human enemies.

In this worldview, people believe that violence is the ultimate arbiter of human relations—a monopoly of power to dominate and kill enemies is the true form and expression of power. There are always other people so evil that they must be scapegoated and pursued with endless war. This is the imperial worldview.

And it must be taken seriously because at this moment in the juvenile stage of human development, most people do accept, or apparently accept, this view that violence is the most true reality of human nature.

But there are other ways of conceiving the most foundational realities of human nature and of constructing human community. Church is one of them.

The project of church is based on a particular view of what is most real, available and authentic in human beings. I am calling this reality human nature.

Church is the community of people which has been forming in a million different ways for 2,000 years around and in the wake of the life and teachings of a man from Galilee in Palestine named Jesus.

The church’s view of human nature, when it gets it right (and this is pitifully far from always), is that humans are created in the image of God and that the life and teachings of Jesus give us the best picture we have of the God-reality.

This can be affirmed while also affirming that there are other pictures of the God-reality/human nature which are life-giving and wonderful, in numberless cultures and religions of the world. But no one can do everything at once, so here the focus is on church and Jesus.

Christians see the Jesus story as a grand enactment in life of what is most essential, true and available in the human person. Jesus called himself the human one or son of man. His life and teachings are the lived-out drama of everyman/everywoman— of human nature.

Jesus lived and taught that love is the ultimate form of power. As such, love, not violence or dominating power, is the principle and practice for building successful and sustainable human community. The church at its best is is a community which orders its life by love. But what does love look like?

It looks like a good Samaritan (today, read Muslim) giving help to a wounded man who has been bypassed by Christian TV preachers and smooth-talking pastors.

It looks like Jesus talking with a Samaritan (read Muslim, Jewish, lesbian activist) woman, in public, while men complain on the sidelines.

Love looks like a father welcoming home a prodigal son while an elder brother (read pious churchgoer) complains about being neglected by his father.

It looks like people forgiving others as often as they would like to be forgiven themselves, many times without end.

Love looks like visiting and freeing people imprisoned by the imperial system of discrimination against poor, non-white people.

It looks like challenging encrusted religious structures to choose life rather than death (Mark 3).

Love is risking to live according to the part of us which wants to welcome, forgive and help others the way we ourselves would like to be welcomed, forgiven and helped. Jesus did this and showed his peers that they also could do it.
So love in the life of Jesus is a succession of nonviolent actions which save life rather than kill.

In the end, love looks like getting executed by religious and political power systems which can’t stand such simple acts of goodness—ending up on a cross. A cruel end, apparently, to an attractive, but obviously futile, alternative to dominating power and violence as the way to run the world. So it seemed.

However, then again, love looks like resurrection, like a way to run the world which is not defeated by death itself, but comes to life again like a seed thrust into the ground. So Jesus was seen alive after his death by some believing disciples, and soon a growing crowd of people who called themselves “followers of the way” believed that they could actually live the way Jesus lived. That way seemed to them viable, not dead, so they did it in their communal life and soon were calling themselves church, assembly, or congregation.