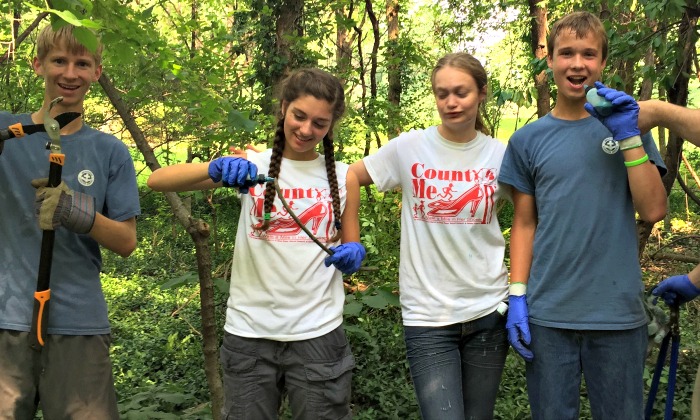 First, the youth groups met at the Kansas City Convention Center to talk with representatives from Mennonite Mission Network about how to be a respectful servant and how to work together as a group efficiently. They learned how to be polite during the experience, for example asking before taking pictures of non-volunteers for the purpose of being respectful.

After the meeting, the groups hopped onto buses and traveled to Cave Spring Park. When they got there they were divided into different groups which were assigned separate jobs to help around the park.

Another group tried to exterminate the invasive species that were quickly populating the park such as honey suckle and wintercreeper.

The last group was in charge of the weed whacking around walking areas.

“It was a really cool experience,” says Elizabeth Nisly from Bluffton, Ohio. “It was nice to help people.”

Anna Biesecker-Mast worked as an intern for The Mennonite, Inc., during KC2015.