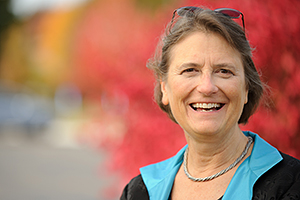 It is time for a call to arms. No, not the kind you think.

Not the kind that has presidential candidates and their devotees spewing violent rhetoric against Muslims, refugees, Mexicans, African Americans, homosexuals and women….

Not the kind that stokes fear against all manner of perceived terror threat with calls to “carpet bomb [ISIS] into oblivion.”

Rather, Mary’s magnificent “call to arms” in an exaltation of praise:

“My soul magnifies the Lord,
and my spirit rejoices in God my Savior…
He has shown strength with his arm;
he has scattered the proud in the thoughts of their hearts.
He has brought down the powerful from their thrones,
and lifted up the lowly…”

A call that rings with the fearless joy born of resistance to despots in every age by those who stand firm within an alternative narrative; those who trust that “God’s arm is not too short to save.”

A call that knows true power lies with the powerless whom God uses over and over to turn the world around.

A call for those clad with the belt of truth, the breastplate of righteousness, the shoes of the gospel of peace, the shield of faith, the helmet of salvation, wielding the most powerful of all swords—the sword of the Spirit, which is the word of God.

It is time to end whatever complacency may have lulled us (persons of white privilege for the most part) into a status quo stupor! Vitriol and hysteria are escalating daily with immediate harm to refugees and to racial and religious minorities, many of whom are neighbors, co-workers and family members.

When despotic, brutish power bares its ugly fangs, things snap into focus, and we finally see. We see with a clarity that otherwise eludes us while blinded by our privileged status. We see the demagoguery of our current reality through the prism of prophetic biblical calls for justice. And in seeing, our spiritual imagination is called to high alert.

In a New York Times op ed column last week, “Finding peace within the holy texts,” David Brooks recalled the book Not in God’s Name by Rabbi Jonathan Sacks. Brooks summarizes several insights from the book like this (my emphasis): “The great religions are based on love, and they satisfy the human need for community. But love is problematic. Love is preferential and particular. Love excludes and can create rivalries. Love of one scripture can make it hard to enter sympathetically into the minds of those who embrace another….Read simplistically, the Bible’s sibling rivalries seem merely like stories of victory or defeat — Isaac over Ishmael. But all three Abrahamic religions have sophisticated, multi-layered interpretive traditions that undercut fundamentalist readings… The reconciliation between love and justice is not simple, but for believers the texts, read properly, point the way…. [The]…answer to religious violence is probably going to be found within religion itself, among those who understand that religion gains influence when it renounces power.”

Imagine a world armed by Spirit-empowered learning communities, like Anabaptist Mennonite Biblical Seminary, where followers of Jesus and spiritually starved fundamentalists, and even those with little faith can gather to learn the sacred texts; the deep wisdom that has emboldened countless people to become truth tellers on behalf of the poor, the oppressed, the alien, and the stranger.

Imagine a world armed with the strong arms of those who link in solidarity as communities of faith; small, intense communities where people gather and together find strength to stand firm in a counter narrative about “the good news of peace through Jesus Christ, who is Lord of all.”

Imagine a world armed by communities with joyful chutzpah who extend their arms to provide shelter to the homeless, the refugee, and gladly sit at table with Muslims, Buddhists and others who want to better understand our common humanity and desire to live at peace.

Imagine a world where small, local bands of Jesus followers move out from the security of church pews into the world—reaching out with sturdy arms of love to touch the earth gently, peacefully, with kindness and justice for all people and all creation.

So yes—may we all present arms raised in praise, rejoicing in God our Savior whose strong arms lift up the lowly and guide our feet in the way of peace.