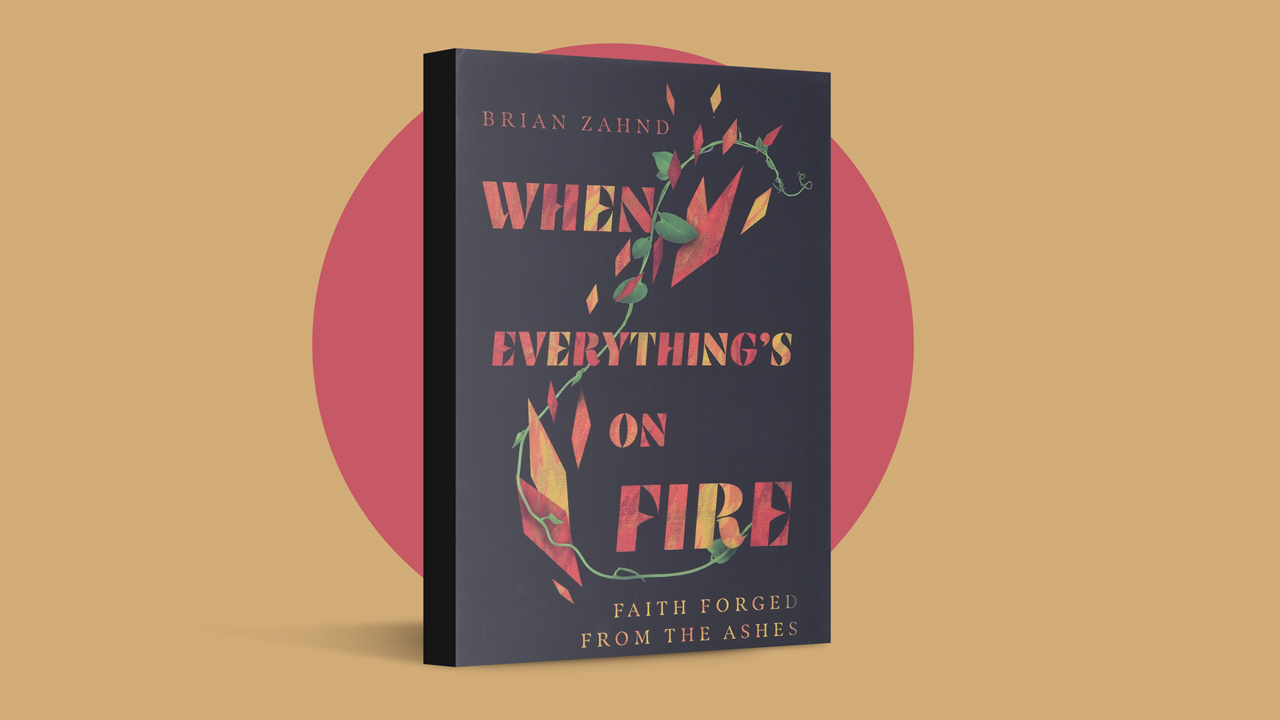 When Everything’s on Fire: Faith Forged from the Ashes by Brian Zahnd (InterVarsity Press, 2021)

As a young Christian, I was taught faith is constructed from the ground up. At the foundation is belief in objective, universal truth, grounded in philosophical arguments. The next level is belief that theism is more rational than atheism, constructed with scientific evidence and moral arguments. A third level is belief that not just any theism, but Christian theism, is true, constructed with historical evidence for the veracity of the biblical stories, especially the resurrection narratives. At the peak of this edifice is the gospel, proclaimed with confidence, knowing it rests on a well-built structure.

If Christian faith is something to be constructed, then there is no bigger threat than deconstruction. Critics who identify weaknesses — philosophers like Friedrich Nietzsche or Jacques Derrida — are enemies of the faith. The biblical imperative to “always be ready to make your defense” (1 Peter 1:15) indicates Christians should be equipped with arguments to ward off these enemies. After all, any weakness in the structure threatens the gospel, which rests somewhat precariously at the top.

But what if the structure really does have weaknesses? Then the critics aren’t so much enemies to be vanquished as friends from which to learn. Deconstruction isn’t so much a threat to the gospel as a step toward a more authentic expression. So argues Brian Zahnd in When Everything’s on Fire.

While Zahnd is not affiliated with the Anabaptist tradition, he has earned a reputation as something of a neo-Anabaptist guru. He is the lead pastor of the nondenominational Word of Life Church in Saint Joseph, Mo., and author of popular books like Unconditional? The Call of Jesus to Radical Forgiveness and A Farewell to Mars: An Evangelical Pastor’s Journey Toward the Biblical Gospel of Peace.

In this book, his Anabaptist sensibilities shine through in his insistence that the foundation of Christian faith is nothing other than Jesus. “The foundation the church is built on is not the Bible or theology or reason or historical evidence or apologetics,” he writes, “but the divinely given revelation that Jesus Christ is the Son of God.”

With Jesus as his foundation, Zahnd is free to engage critics like Nietzsche and Derrida as conversation partners who help him identify structural weaknesses in “the beautiful cathedral of Christian faith.” Such conversations might entail deconstruction, but Zahnd insists that deconstruction is not so much demolition as extreme home makeover.

For Zahnd, such renovations included tossing out narrowly fundamentalist beliefs about creation, the Bible and the end times, along with “sectarian certitude, Western individualism, American consumerism and religious nationalism.” He reconstructs his theological house with a more open framework he identifies with historic Christianity. He accents this renovation with mystical encounters with God, a return to Scripture with a “second naïveté” that allows him to appreciate the narratives without getting hung up on contradictions or scientific inaccuracies, and a focus on love over fear and divisiveness.

As pastor of a church with many millennial and Generation Z congregants, I regularly encounter people who would identify with Zahnd’s journey. To such people, I would recommend this book to help see how the fires of deconstruction can refine their faith rather than burn it down. At the same time, in Zahnd’s focus on his intellectual journey, he fails to adequately address why so many in younger generations are disillusioned. It isn’t just that they don’t find young-Earth creationism tenable; it’s that they feel betrayed. The faith that taught them to love their neighbors has been weaponized to support oppressive and dehumanizing laws and policies. Zahnd makes passing reference to such political realities but names the problem as one of “enflamed division” rather than injustice. In his caution to avoid politicizing the faith, Zahnd may undercut his mission to make Christianity possible for a generation who will either see Christianity side with justice or let it burn to the ground.

David C. Cramer is pastor of Keller Park Church, a Mennonite Church USA congregation in South Bend, Ind., managing editor at the Institute of Mennonite Studies at Anabaptist Mennonite Biblical Seminary and co-author of A Field Guide to Christian Nonviolence.