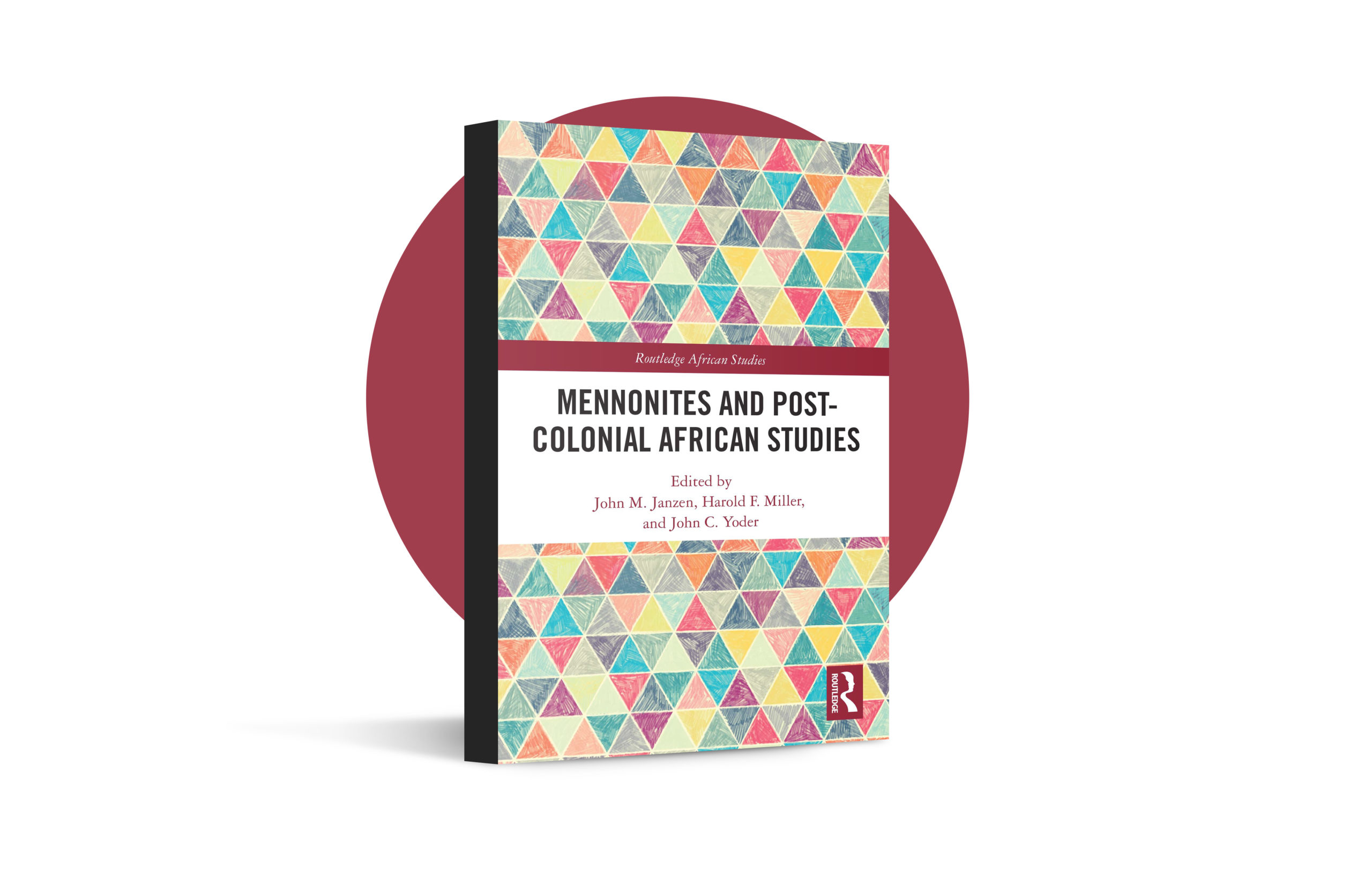 As a daughter of Mennonite missionaries to Congo/Zaire and a leader in Mennonite Central Committee, I was delighted to read about direct engagement with African life through service, leading to a growing curiosity and academic research of African thought, culture, religion, music, language, folklore and other fields.

The 24 autobiographical essays in Mennonites and Post-Colonial African Studies feature North American Mennonite Africanists who provide insights that correct and enlarge understandings of Anabaptist mission and service in a multicultural world.

Themes of decolonization and development define and focus the post-­colonial era in African studies for these authors. Several of them impacted my life as a young person and as a leader in MCC.

In 1960, my family, along with 100 Mennonite missionaries and their children, were evacuated due to political unrest after Congo gained independence from Belgium. John Janzen describes his MCC experience just prior to 1960, which led him to develop “a growing discomfort with the way missionaries approached the ‘civilizing’ and ‘evangelization’ of Africans, ignoring their ways and beliefs.” I overheard some missionaries express discomfort with Janzen’s critique. Yet perhaps he was one of the first Mennonites to raise awareness of our complicity with colonialism.

In 1972, Mary Oyer gave the evening devotional at the Mennonite hostel in Kinshasa, Zaire, expressing her interest in learning more about African music. As a high school pianist playing Bach and Chopin, I was intrigued by her interest in the Congolese music I had learned to appreciate but hadn’t imagined one could study and analyze. In 1983, Oyer came again to Kinshasa on her way up-country for a deeper dive into African music. By this time, I had received my undergraduate degree in music, having dabbled in ethno­musicology through study of my father’s recordings from the Kasai region of Congo. Mary and I pulled out the cello of a missionary on furlough and enjoyed playing Haydn duets together. Hearing Oyer’s demonstrations of the African finger-piano at seminars in the years since that encounter, I grew in my appreciation of African music.

David A. Shank and Harold Miller were speakers at several MCC Zaire retreats in the early 1980s. Through their teachings, I learned to respect African-influenced understandings of Christian faith as valid ways to connect to the “multifaceted diamond” that ­Jesus is. I learned to appreciate the voice of African wisdom in understanding what it means to build the kingdom of God.

David W. Shenk’s lifelong pursuit of points of connection between Christianity and Islam, through years of study and conversation with Muslims in Africa, continues to influence respectful Christian/Muslim dialogue in and beyond Mennonite mission and service agencies.

Fremont and Sara Regier called for a new kind of mission. Younger than their missionary peers, they came to Congo with fresh ideas for community development and education of women. Their innovative work increased food security far beyond the region of Nyanga and trained women to be leaders in the church. While visiting Congo in 2007, David Mundayi, an agronomist from the Mennonite church in Congo, told me with enthusiasm of his assignment to continue the agricultural work Fremont Regier had begun many years before. Mennonite women, who had trained in the school Sara Regier helped to develop, had pursued biblical and theological studies and were advocating for their place in Mennonite church leadership in Congo.

Ron Mathies’ years of MCC service in Africa, along with academic studies in education, motivated him to listen sensitively to African partners. This in turn impacted his executive leadership of MCC in the late 1990s. Ron helped to shape MCC’s increased focus on local partnerships in a way that is unique among international nongovernmental organizations. Walking alongside partners who integrate peacebuilding in their work — encouraging them to identify their own strengths, needs and goals and providing the tools to evaluate the effectiveness of their work — continues to be a focus of MCC’s methods worldwide.

These essays illustrate the long-term impact of academia grounded in international service experience. Having served more than 25 years with MCC, I find it satisfying to know that MCC service has had a global impact on understanding and appreciation of Africa.