The morning of March 17 our daughter Emily said we should make Prune Loaf.

Back in 1975, we lived in Minnesota in an older house that didn’t have any running water or indoor plumbing. The water came from a pump about a hundred feet from the house. We had an outhouse and also strategic buckets indoors when the weather was nasty.

That January a blizzard blew in. Even for Minnesota, it was extreme — a storm for the history books. It brought tons of snow, bitter cold, and days of wild wind that, they said, lifted the topsoil off the Dakotas and blew our way, piling huge drifts of gritty gray snow. We’d wake up in the morning to little drifts of snow on the windowsills that had blown through tiny cracks and crevices. If there was any opening at all, the wind found it.

Mom and us three girls, aged 13, 12 and 6, were home alone for most of the blizzard. To stay warm, we curtained off the living room and cranked up the oil stove until the metal cylinder inside glowed red hot. We must have hauled enough water before the storm hit, because there would have been no pumping in that weather. We also had propane for the kitchen stove.

Blizzard Syndrome is a peculiar fidgety agitation that takes possession of the soul when you’re stuck inside in a blizzard.

First there’s a sense of excitement as you check supplies, watch the gathering storm and make sure everyone is at a safe place to wait it out. Then, once the storm locks you inside, you pace the floor, look out the window and call people to see how they’re doing, such as your brother Fred who is over at his co-worker’s house because he couldn’t make it home.

You can’t go anywhere. You are stuck here until the danger passes.
None of the normal recreations appeal. You don’t feel like reading or playing games or painting your paint-by-number kit, all the things you’d love to do, normally, when there are dishes to wash.

We had a bad case of Blizzard Syndrome.

Finally, I believe it was mom who suggested we bake something, so my sister and I poked around in our cold kitchen, looking for ingredients and leafing through a cookbook.

We didn’t have a lot of ingredients to work with, and certainly nothing fancy, because we were poor and also because we were in the process of moving to another house, but we found a recipe for something we could make: Prune Loaf.

Dad liked to eat prunes, so they were kind of a mockable food. But this recipe lifted those humble fruits into something slightly exotic.

We steamed the prunes and mixed a sweet dough, then rolled out the dough and wrapped a circle of it around each prune. We rolled these balls in sugar, stacked them in a baking pan, baked the resulting loaf and proudly served it.

Blizzard Syndrome was staved off for an hour or so, at least.

I look back and think I would have been paralyzed with fear if I’d been mom. Home alone with three daughters in a cold house, short on supplies and clean water, far from neighbors and utterly unreachable in an emergency.

Later, she said she’d been most afraid that red-hot oil stove would burn the house down, but she didn’t let us know. Instead, she gathered us around on Sunday morning, the third day of the storm, to hold a little church service in the sort-of-warm living room. And, of course, she encouraged us to keep busy.

When the storm passed, we found a door that wasn’t drifted shut and went out into a bizarre world where we could walk on top of the hard-packed snow over drifts that were like swirling mountain ranges over the fields and up to the top of the chicken house.

A day or so later, the snow plow pushed through, backing up to take a run at the section in front of our house and piling up snowbanks that turned out to be as high as the school bus, when the school bus finally came again and we scrambled up and over to meet it.

We compared stories with everyone we knew and rejoiced that we had all survived.

And “making Prune Loaf” entered the family lore as a code for doing something about that strange and unique restlessness that hits when danger keeps you at home.

Today our world is restricted by coronavirus. The girls are home from college. Events are canceled. Restaurants and coffee shops are closed. Teaching happens via the internet, because there are no children at school. All sorts of plans are indefinitely postponed.

We are all feeling a mix of that peculiar fidgety excitement, apprehension, and agitation that takes possession of the soul at such times.

We have Blizzard Syndrome.

It’s time for our own COVID-19-quarantine version of Prune Loaf. 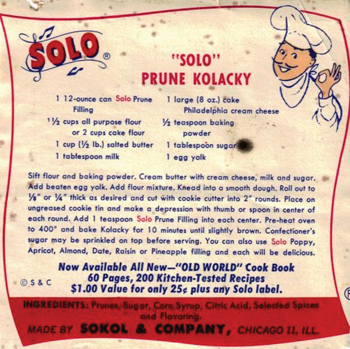 Dorcas Smucker lives in a farmhouse near Harrisburg, Ore. She is married to Paul, a pastor at Brownsville (Ore.) Mennonite Church; a mother of six; and the author of six books. She writes at Life in the Shoe, where this post first appeared.