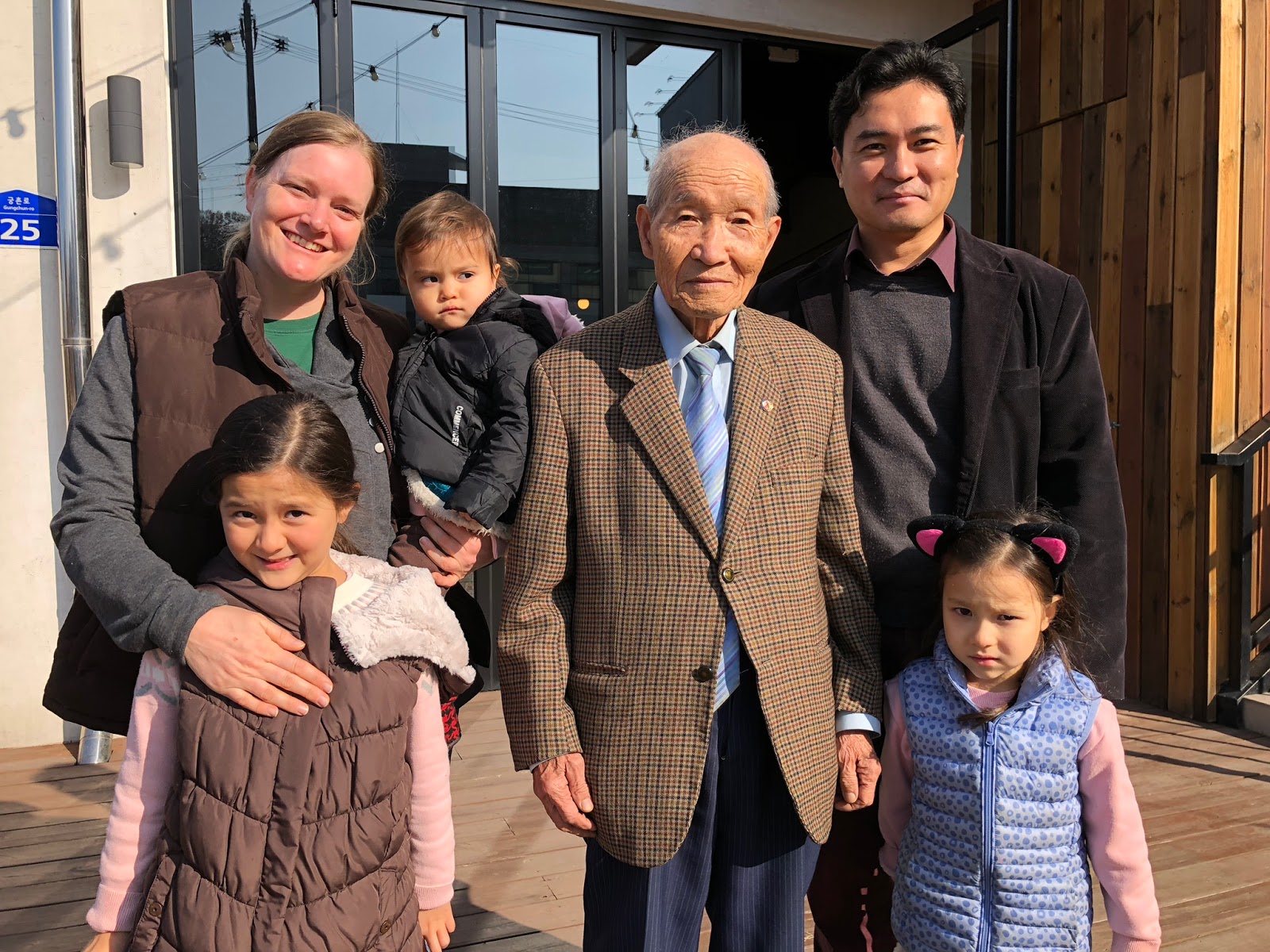 Only when Babylon’s 70 years are completed will I visit you, and I will fulfill to you my promise and bring you back to this place. –Jeremiah 29:10

Just after the Korean War in the 1950s, Hyung Gon Lee was a farm manager for the Mennonite Vocational School in Taegu, South Korea, established by Mennonite Central Committee (MCC) relief volunteers.

Following the war, Korea was one of the poorest countries in the world. Food, fuel and electricity were scarce and there was massive unemployment. A third of all the houses in the entire country were destroyed, as well as almost half the industrial facilities.

Beginning in 1952, MCC set up feeding stations and distributed clothing and bedding. Hyung Gon says MCC provided a serving of milk and rice to 5,000 people each day. The vocational school trained hundreds of orphans for jobs in post-war South Korea.

I heard second-hand from one of these orphans who is now a successful businessman in Chuncheon, “Every Thursday the MCC truck would come in and we were so excited because we knew we would have meat in our soup that day.” He said the tin from the meat cans was later used to repair house roofs.

In the 1990s, South Koreans who were studying from the Bible on their own decided that Anabaptism best described who they were as Christians and Jesus Village Church, and later, Jesus Heart Church, were formed.

Today, MCC is back in South Korea, and its ministry focuses on providing peace education in the northeast Asia region, being a reconciliatory presence within the two Koreas and providing exchange opportunities for young adults from Korea, northeast Asia and North America to learn more about what it means to follow Jesus.

One MCC partner is the Peace Building and the Korean Peacebuilding Institute (KOPI) begun by Hyung Gon Lee’s son, Jae Young Lee, and others. KOPI’s 15-member staff teach restorative justice and peace building skills in the public schools, to the local police and elsewhere.

“Without the scholarship MCC gave me to attend the Summer Peacebuilding Institute at Eastern Mennonite University in Harrisonburg, Virginia, I couldn’t be doing what I’m doing today,” Jae Young tells me.

We sit in the Peace Building coffee shop with Jae Young and his father, Hyung Gon, and talk about the possibility for peace between North Korea and South Korea. When Jae Young hears about MCC’s peacebuilding work in North Korea, he says he remembers MCC’s work at the Mennonite Vocational School 70 years ago.

“What MCC did in the past in Korea touches people like me who are working in the same spirit of peace today,” Jae Young says. He believes the young people he trains today will be part of bridge building between the two Koreas tomorrow.

Jae Young’s father, Hyung Gon, points to the prophet Jeremiah’s hope for Israel that the Jews could return to Jerusalem 70 years after their exile in Babylon. Hyung believes that 70 years after the war in Korea began, north and south can become one again. “We are brothers and sisters,” he says, “and MCC is helping to build trust between us.”