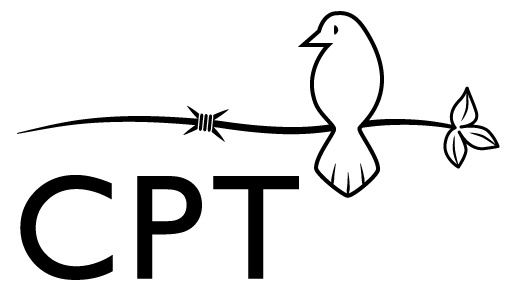 The San Bernardino massacre on Dec. 2, carried out by Tashfeen Malik and Syed Rizwan Farook, exposed U.S. Muslims to another round of Islamophobic violence and vitriol on social media. Christian Peacemaker Teams (CPT) decided to take a proactive stance the next morning by publishing the following paragraphs on Facebook:

Dear Muslim friends, family and colleagues in the U.S.,

Because of the still unfolding ‪#‎SanBernardino mass shooting, we know this week may be difficult for you. People may make connections between your faith and culture that they did not make when Robert Dear, Christopher Sean Harper-Mercer, Dylan Roof, Adam Lanza or many other white mass shooters gunned down innocent civilians.

We invite our Facebook followers to leave encouraging comments for our Muslim brothers and sisters.

Suzanne Wade wrote, “I have reminded a number of people that in the Middle East, Christians offer their prayers to

Allah, because it is simply the Arabic for “God”. I will remember and remind others that we are all children of the same God. I am keeping an eye out for you, my brothers and sisters, and will not stay silent.”

Peter P. Budagher invited Muslims to join him in his Rio Rancho, New Mexico home for dinner and shopping.

Far more of the 500 responses were from Muslims expressing gratitude for the sentiments expressed in the post and for the supportive comments.

Samar Awada wrote, “After reading every comment here, all I can tell you is that I am breathing [the] fresh air of hope. After yesterday I had lost all hope. I even approached my husband [with] the idea to sell everything we have and move back to Lebanon just so my children have a chance. I sat all day in front of the news thinking to myself, We are done. They are going to hate us no matter how good we are. This feed came totally as a surprise to me.”

Arshi Mujtaba wrote, “I can’t tell you how much these words mean to me and all the peace loving Muslims. Our hearts are bleeding over the loss of innocent lives and even more because all of us are again being blamed for the actions of the deranged few. America is our home. Where do you go when people in your home hate you?”

Relatively few people offered critiques. People using hateful rhetoric were banned, since CPT intended the post to encourage people and did not want them to have to face more ugliness on Facebook than they already had in other venues.

Some people, Muslim and non-Muslim, had honest questions about the connection of whiteness to violence.

The statement is not meant to say that individual white people are inherently violent, but that in our white-dominated society, people of color are stigmatized as violent, even though it is white people who were responsible for genocide on this continent, and in Europe, and during the slave trade, and during the colonial period in other countries. But white people in this country tend to “tune out” the violence of white history. This is an interesting article on the topic: Violence of Whiteness .

CPT suspects that one of the people banned from commenting reported the comment to Facebook as “hate speech,” and Facebook temporarily disabled the CPT FAcebook page on Friday evening, saying we had to remove it. CPT leaders reposted the comment as a status update and their page returned to normal functioning by Saturday morning.

CPT encourages their constituents to continue leaving encouraging messages for Muslims here and to continue discussing the role of “whiteness” in their society and theology.