Well, Lord, the big day has come and gone.

Suddenly, I feel rather alone in the world.

School is over; no more homework, tests and essays.

Never again am I likely to be together again with all my old friends and teachers.

Those great times that we enjoyed as a class are now just precious memories, never to be forgotten.

And now, Lord, a big decision — should I go to college?

I’ve been asked many times if I’m planning to go and . . . I really can’t say, and I’m afraid too many people are wondering, “What kind of a jerk are you? School’s over and you don’t know what you’re going to be doing from now on.”

Lord, you know what my talents are and if I should go or not. You also know my finances are in a poor state of affairs, with a car to support and all the money paid out for senior activities.

But I do know that if I do decide to go it’ll be your will and somehow, I’ll be able to afford it.

Of course, whatever I decide to make of my future, make it my business to pick a career that is Christ-centered, where I’ll be serving you and others and that I’ll enjoy.

Help me to remember that ­motto that’s hanging on my bedroom wall: “Only one life ’twill soon be past; only what’s done for Christ will last.” Amen.

This pathos-laden petition I titled “A Graduate’s Prayer” appeared on the front page of the May 31, 1964, issue of Youth’s Christian Companion, a weekly take-home paper issued by Mennonite Publishing House of Scottdale, Pa. When the article was published, I was wrapping up my freshman year at Eastern Mennonite College (now University). Who woulda thunk it?

As a high school senior, going on to college was the least of my aspirations. All this 18-year-old know-it-all really wanted to do was land a job as a radio disc jockey on the scene with the record machine. Alas, I received little encouragement to pursue such a questionable occupation.

And so, after graduation, I gathered, washed, graded and packed thousands of eggs on neighbor Abe Landis’ 12,000-layer poultry farm six days a week. But I started asking myself: Is this what I want to do for the foreseeable future? One fateful day I sat on a cart in a dusty chicken house and scribbled the rough draft of what became “A Graduate’s Prayer” and submitted it to the YCC.

Around the first of August, I applied to EMU for the 1963-64 school year, and early September I headed south to Virginia without ever having visited the campus. It proved to be one of the Best. Decisions. Ever.

Since graduating from EMU in 1967 — and now looking on in the first weekend of May when the university’s 102nd annual commencement would have taken place were it not for the coronavirus cancellation — I’ve reflected often on how much those four years transformed my life.

Had I not attended EMU, I would not have:

— Learned to know many wonderful fellow students from across the U.S. and beyond. I remain in touch with my roommates to this day — Roger Eshleman (freshman year), Larry Nolt (sophomore), Ralph King (junior) and brother Bob Bishop, whom I roomed with my senior year and never regretted it.

— Taken classes that proved invaluable in my career, including three typing courses (the only guy in two of them), public speaking, expository and creative writing and Christian ethics.

— Served on staff of the school paper, the Weather Vane, as general reporter, then as news editor, features/literary editor and finally, as writer of a column called — yep, “The Bishop’s Mantle.”

— Secured a summer internship at Mennonite Publishing House in 1965 where I honed my writing-editing skills and unearthed a desire to plow some fresh ground in the journalism field.

— Been provided an environment for solidifying spiritual values and that served as a testing ground for new ideas — some trial balloons that needed to be shot down and others that withstood the winds of change.

— Most important, met demure co-ed Anna Mast from Cochranville, Pa., my sophomore year, whom I would marry in the “summer of love,” 1967. After all these years, here we are, still hitchin’ a ride down life’s pockmarked pathway.

College isn’t for everyone, but for me, this graduate’s prayer was answered beyond expectations. And for all those graduating from high school or college this spring, even though “from a distance,” may your prayers’ answers exceed your wildest dreams. Amen. 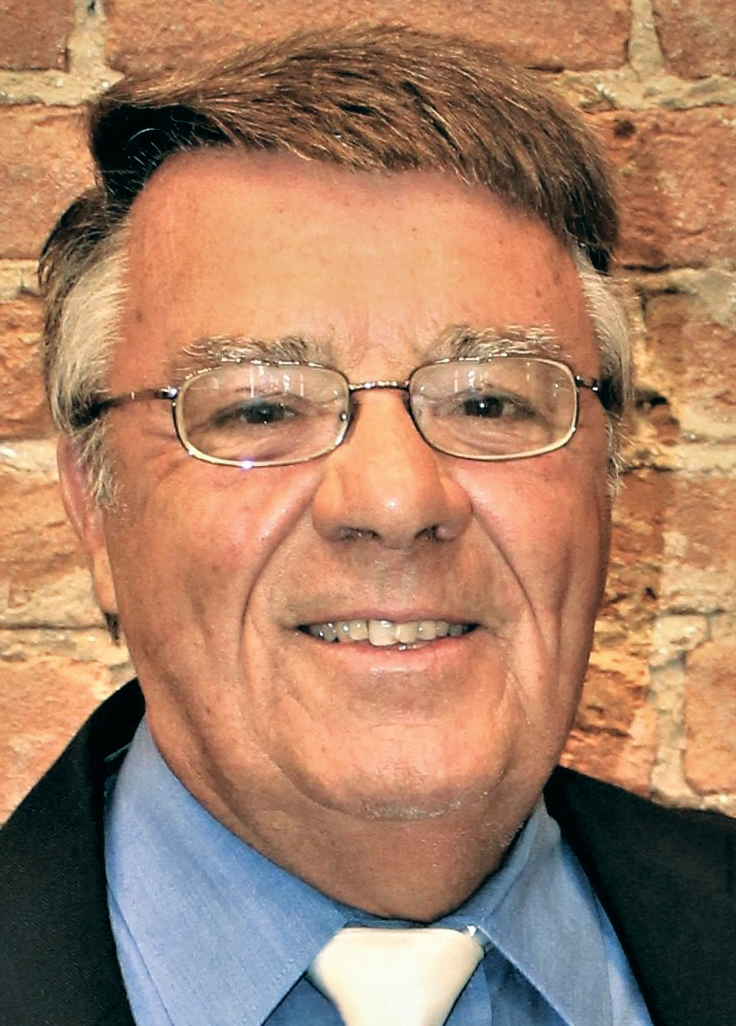