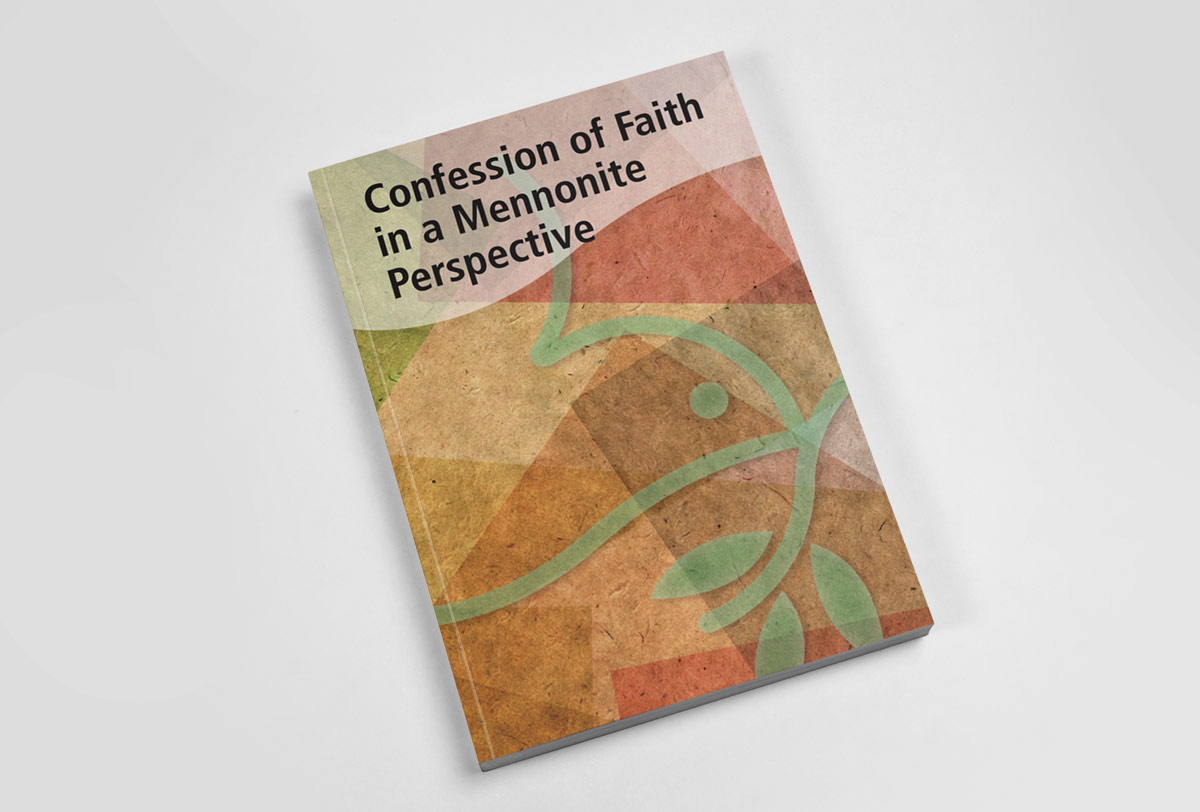 The Confession of Faith in a Mennonite Perspective was developed in 1995, and is the most recent systematic statement of belief for Mennonite Church USA.

Over the course of the next several months, we will be releasing “roundtable posts”, featuring two to three members of Mennonite Church USA congregations reflecting on an article from the Confession of Faith and how it impacts their ministry, congregational life and theology. We’ll move through the articles in numerical order. 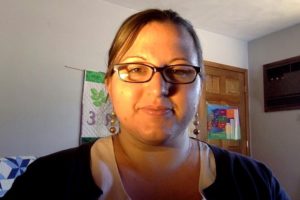 Recently, my two housemates and I had a brief conversation about sin (prompted by this writing assignment). Surprisingly, or perhaps unsurprisingly, this was our first conversation about sin since we “millennials” moved in together three years ago. We quickly began to compile a list of things that we believed to be sin when we were young—some were explicitly spelled out—and others were of an implied sinful nature. We started with the ten commandments, but quickly moved on from there: drinking alcohol, smoking cigarettes, drugs, premarital sex, homosexual sex, sex—in general, abortions, marrying a non-Mennonite, fighting with a sibling, fighting in a war, using your fingers to make guns, pointing toy guns at people, cheating, divorce, swearing oaths, cussing, wearing clothes that were too tight or too short, lying, stealing…the list went on as we glibly shouted out remembered sins. Our list wasn’t comprehensive, but it covered a lot of ground.

The thing is, this list would make no sense whatsoever to the baptism class that I teach, made up of six 12- to 15-year-olds. And, to be honest, personally and pastorally, a list like this doesn’t make sense to me anymore, either. Growing up, this list of sins was often used as a tool to gauge how sinful those people were, and how spotless and blameless I kept myself. While I knew we were all “sinful,” naming and prioritizing specific sin was a way to let myself off the hook—I might have talked back to my mom, but at least I wasn’t smoking cigarettes!

I don’t think of sin in the same way anymore. Article seven of the Confession of Faith in a Mennonite Perspective (COF) reads, “We sin by omitting to do good and neglecting to give God the glory due our Creator and Redeemer. In sinning, we become unfaithful to the covenant with God and with God’s people, destroy right relationships, use power selfishly, do violence, and become separated from God.” Using simpler language, this is the way I talk about sin with my baptism class. Sin is choosing ourselves (and our kin) over and ahead of love, relationships, opportunities, or kindness for others and for God.

For those expecting and hoping for a comprehensive, enforceable list of sins, Article seven may feel abstract. A list of hard and fast sin makes life a lot easier (for those who can follow rules), but it doesn’t help us grow as disciples of Jesus. It is a gift of our God, of our scriptures—and of our COF—that we are invited to be thoughtful and discerning, not about the way that they live (whoever they may be), but about the way that we live. And if we’re honest, we each know what it is to choose ourselves, our loved ones and our ideologies above worship and following God, above acting with love and justice for all of God’s creation. We are each caught up in and held captive by insidious cycles of corporate and individual greed, selfishness, and injustice. Not the length of our skirts, or the status of our “purity”—our sin is that we put ourselves above others and above God. And our God calls us to something better. God help us to repent. 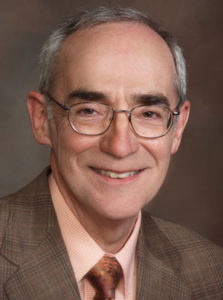 Sin is pervasive and pernicious. “All have sinned and fall short of the glory of God” (Romans 3:23). The comprehensive description of sin in Article 7 leaves me feeling helpless and hopeless. All of humanity is infected with the sin virus from birth (Psalm 51:5), and it is ultimately fatal (Romans 6:23). Sin is personal, and it is societal. Sin is choice, and it is enslavement to the powers of evil. Sin is unrighteousness, and it is injustice. Sin is a violation of God’s instruction, and it is the failure to do good. Sin separates us from God, from others, from self, and from creation.  Sin is a critical personal, social, and environmental disaster that human effort and enterprise is not going to solve. We need a miracle. We need a Divine intervention. After reading Article 7, I could not wait to get to Article 8, “Salvation.”

But perhaps I should not rush ahead. Rather, I need to pause and contemplate the reality of my/our sin and how it misshapes my perceptions, distorts my values, and contaminates my relationships. It is easy to say that sin is not loving God and not loving neighbor, but my denial of my “sin-ism” is so strong that I need more tangible descriptions. One way I tried to help myself and the congregation I pastored was to preach a series on the traditional seven deadly sins – pride, envy, anger, apathy, greed, lust, and gluttony a decade ago.  None of these are named in Article 7. Nor are the sins of the New Testament sin lists like those in Matthew 15:16-20, Romans 1:28-32, and Galatians 5:19-21 named. This kind of specificity is barely referenced in the footnotes. Jesus and the apostles recognized that if we are going to overcome sin and enter into the redemptive victory God has for us, we must name and own our sin.

I was surprised that the sin sermon series on the seven deadly sins was one of the most appreciated and the most talked about in my fifteen years as pastor at First Mennonite Church, Newton, KS. I am now an active member of this congregation and appreciated that our pastor, Anita Kehr, preached a series on the seven deadly sins (and cardinal virtues) earlier this year.  We probably need that at least once a decade.

Ron Sider, an Anabaptist author, bemoans the discipleship poverty in America, “Why are Christians living just like the rest of the world?” “Scandalous behavior is rapidly destroying American Christianity. By their daily activity most ‘Christians’ regularly commit treason. With their mouth they claim that Jesus is Lord, but with their actions they demonstrate allegiance to money, sex and self-fulfillment” (­The Scandal of the Evangelical Conscience, 12-13). Who will help us see the sins that plague and enslave us? 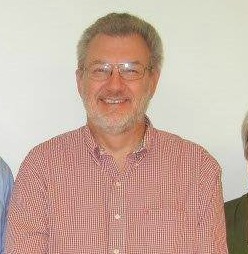 The vows had been said, the meal had been eaten, and the best man and maid of honor speeches had been given.  Inside the fellowship hall of a large Mennonite Church, the sound system cranked up and a few people tentatively stepped out to dance. Our 2 year old granddaughter was one of them. As the music played on and the energy in the room increased, she jumped around, waved her arms, ran in circles, and giggled to her heart’s content.

An older woman watched it all unfold from the comfort of her chair at the table. After awhile she said to the person next to her, “See how much fun they’re having? Back when I was young, this was a SIN!”

Over the years, many of us have seen activities that were banned in our day now become accepted and even enjoyed. I imagine this could be a bit confusing to someone who has spent several decades in the church, as I have. There was a lot we weren’t permitted to do. Today some of these activities barely raise an eyebrow. Some might define this as a continued slide into depravity.

What strikes me about Article 7 of our Mennonite Confession of Faith is that sin is not defined as a list of activities to be avoided, but a depraved condition into which we’re born. There really isn’t any more sliding that can be done. Neither can we make ourselves better by avoiding what we have defined as sin. The good news of Article 7 is that through accepting the perfect love of God, we become whole again.

Our congregation is slowly moving away from the perceptual handicap of strict requirements and prohibitions to help avoid sin. Instead we are finding new life in emphasizing the saving love of Christ for all people. In this way for us, Article 7 has been good news for the surrounding community as we increase our attempts to become more inviting.

Perhaps this good news could even lead to celebratory dancing!

Advent: a time to be attentive

A Praying Mantis, a Poem, a Prayer