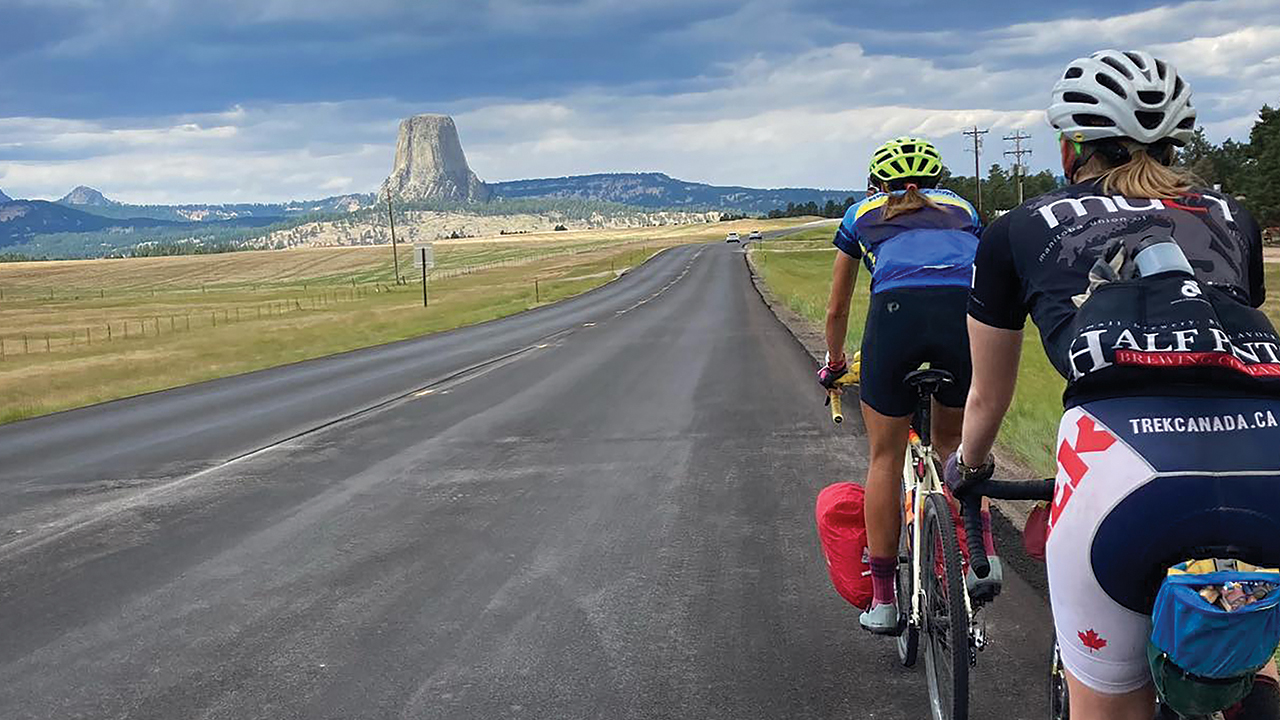 For five days in July, my job with Mennonite Central Committee East Coast became unusually exciting as I immersed myself in a world of spinning bicycle wheels, lush East Coast forests and spontaneous laughter.

As a representative for MCC, I was riding my bike with 18 young adult cross-country cyclists with the Center for Sustainable Climate Solutions climate ride. This ride was a perfect intersection of my personal passions — riding bicycles and advocating for climate justice.

The climate riders, as the cross-country cyclists were called, began their journey in Seattle on May 31 and covered 3,737 miles by the time they finished on July 28. Along the way they held town hall meetings to discuss climate change and engaged in many informal conversations.

Their destination was Washington, where they would speak to legislators about the need to support climate justice. They welcomed me to advocate with them and ride the last 326 miles from Pittsburgh.

Conversations about creation care and climate change — its causes, effects and solutions — punctuated the soft and persistent crunch of gravel beneath bicycle tires.

I heard climate riders tell somber stories of riding through forests and towns in eastern Washington state destroyed by last year’s wildfires. Others shared about how, on one of the hottest days of the ride, they tried to find drinking water in a small town in Nebraska only to be told that the water wasn’t safe to drink.

They talked to an elderly farmer in Wyoming who told them that, after 40 years of farming, his hay production has suddenly and dramatically dropped this year due to the heat and drought. My heart sank when I heard these stories, despite the heart-pumping pace I kept as I pedaled down the trail alongside them.

Living in Lancaster County, Pa., I haven’t seen my community directly experience the most devastating effects of climate change. Working with MCC, however, I know that many of our global partners are already being severely impacted by long-term changes in typical weather patterns.

I’m glad to be part of an organization that believes that climate change is an urgent issue and sees climate action as critically important. MCC’s vision statement says, “We envision communities worldwide in right relationship with God, one another and creation.”

The climate riders saw the impact of climate change in the U.S. as they rode, but four of them also had seen the international effects when they served with MCC’s Serving and Learning Together (SALT) program. They each took time after a day’s ride to talk to me about their observations.

Loren Friesen, a freelance multimedia producer in Fresno, Calif., served with Serving and Learning Together for six months in 2019-20 in Durban, South Africa. His term was shortened by the COVID-19 pandemic. He connected the CSCS bike trip with the global inequities of climate change when it comes to migrants and refugees: He and other cyclists were voluntarily exposing themselves to weather conditions and had economic resources, while uprooted people around the world don’t have the same cushion.

Greta Lapp Klassen is a student at Goshen College, studying English and art. She served with SALT in 2018-19 in Santa Cruz, Bolivia. She saw water — or lack of it — as a big climate issue both in the western U.S. and in Bolivia. She told about a lake near Santa Cruz that was a life source for Indigenous fishing communities, but now it’s completely dried up. As a result, Indigenous fishermen were displaced and had to move to the city to find work. She said, “Going to places where entire communities and cultures were displaced [due to climate change] was a huge awakening for me.”

Liz Miller, a resident director at Hesston College, served with SALT in 2018-19 in Tegucigalpa, Honduras. During her SALT assignment she saw and experienced how her host community didn’t have sufficient access to clean water. The community’s water source dried up, and her host family had to get their water from trucks that came into the community every day. The problem was, the water’s quality varied. Some weeks, her host family had to use Styrofoam plates and cups because they couldn’t get clean water to wash dishes. She said, “To be able to experience that in Honduras really brought me a new understanding of just how very life-giving water is. I experienced that again on this bike trip. When we were traveling through the [American] west, water again became this incredible life source.”

Caleb Schrock-Hurst, an Eastern Mennonite Seminary student, served as a SALT participant and a service worker in 2018-20 in Hanoi, Vietnam. He saw climate change and environmental injustice in Vietnam through rising sea levels, warm winters and hotter, drier summers. He saw how Vietnamese people, especially farmers, feel vulnerable to the changing climate due to environmental and geopolitical factors that limit reliable access to water.

Juan Sebastian Pacheco Lozano, peace and justice coordinator with MCC’s Great Lakes region, joined the climate riders for three days. He rode from Indiana Dunes National Park in Chesterton, Ind., to Goshen College. He said, “Part of our mandate as Christians is to care for others, to care for creation and the environment.”

These stories illustrate the urgent need for MCC’s work in climate adaptation and mitigation.

MCC accompanies vulnerable people around the world who are experiencing the harshest effects of climate change. In places like Burkina Faso, we provide soil and water conservation training to farmers who must adapt to changing weather patterns.

We work to mitigate climate change by hearing and amplifying the voices of our partners around the world. In the U.S. and Canada, MCC asks government leaders to create policies that reduce the factors that cause climate change. The riders and I took these perspectives to our legislators.

I must admit, during those five days of riding and camping I simmered in anxiety about the advocacy meetings that awaited us. I’d never met with an elected representative, much less while wearing sweaty and dusty bike clothes. We all smelled as you’d expect we would after riding 50 miles on a hot July day.

Anxious thoughts swirled: Will my congressperson’s office care about what I have to say? Will I be able to communicate my thoughts clearly? I am not an expert on climate legislation!

Fortunately, MCC U.S. Washington Office staff, who arranged these in-person and virtual meetings, prepared me and the other riders well. In our meetings with policymakers, we shared stories from our bike trip and asked our elected officials to support domestic policy that cares for creation and the people who are most vulnerable to climate change.

My meeting was smooth and enjoyable. The staffer did care what I had to share. I left the meeting feeling accomplished and joyful (and a bit relieved) because I know that being an advocate is an act of hope and love.

After pedaling and talking with climate riders, I feel surprisingly hopeful in the face of our changing climate. Climate change is a big issue that affects all of us in one way or another. It can be overwhelming to think about.

Riding a bicycle across the continental U.S. is also a big and daunting thing. But when you have a community of people to support you and care for creation alongside you, big things can be accomplished. Just ask the climate riders.

Laura Pauls-Thomas is a communications and donor relations associate for Mennonite Central Committee East Coast. This article was distributed by MCC. 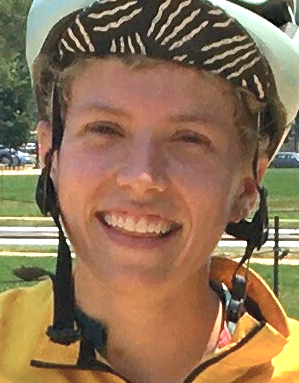