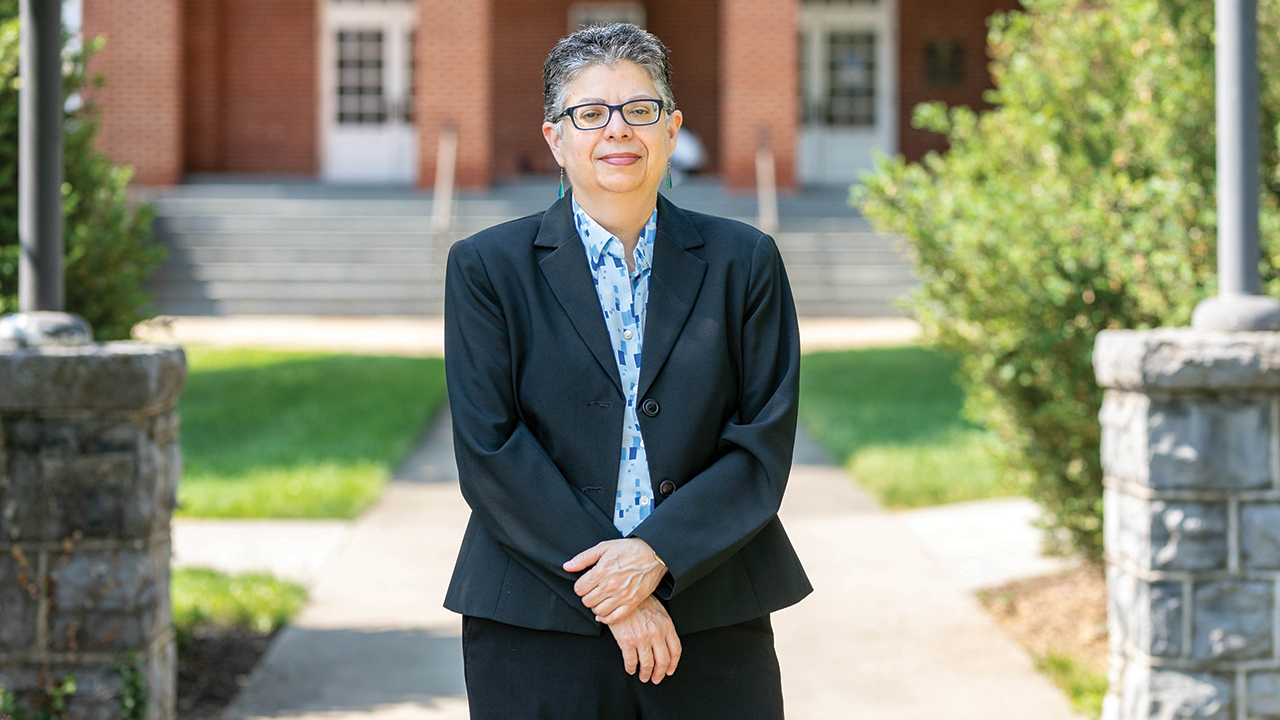 Jacqueline N. Font-Guzmán is executive director of diversity, equity and inclusion at Eastern Mennonite University and a professor at EMU’s Center for Justice and Peacebuilding. — Rachel Holderman/EMU

On a wall in my childhood home in Puerto Rico hung a framed quote by the Bengali writer Rabindranath Tagore. Today the same quote is pinned on the bulletin board in my office at Eastern Mennonite University:

This quote embodies a guiding principle for me: I am called to serve others by including all voices and speaking truth to power.

This Christian imperative shapes my role at EMU as executive director for diversity, equity and inclusion — the first person to hold this new position.

I am passionate about advancing DEI at EMU because of its potential to break down barriers so that people can be their authentic selves and celebrate their shared humanity.

I hope to guide the campus community to live more fully into its identity as a faith-informed peace and justice university and its commitment to cultivating a robust and inclusive community of learners.

In March, my husband and I relocated from Omaha, Neb., where I worked at Creighton University, to the stunning Shenandoah Valley of Virginia.

I was drawn to EMU’s Anabaptist tradition to “follow Jesus’ call to bear witness to truth, serve with compassion and walk boldly in the way of nonviolence and peace.”

Similar institutional values attracted me to Creighton 15 years ago. Creighton is affiliated with the Jesuits, a Catholic order also known as the Society of Jesus. (Pope Francis is a Jesuit.) Jesuits are known for their passion for social justice, service rooted in justice and love, using one’s gifts to serve others, and commitment to education.

I see a strong connection between Jesuit and Anabaptist approaches to education. Both aim to make a more inclusive and just world, to respect every person and to see all aspects of life as opportunities to realize our God-given gifts. Both understand that serving others is for a higher purpose: the glory of God.

After four months at EMU, I can affirm that my intuition about the university was accurate. EMU is serious about becoming a more just and inclusive campus. The community is genuinely working to decenter privilege and whiteness as we live in a more diverse nation.

Given what Anabaptist education stands for, those who know me are not surprised by my eagerness to join the EMU community. My career choices have been motivated by my belief that we have a Christian duty to serve others. This belief moved me to work in health care, the justice system and academia.

Less than a week after beginning her role as Eastern Mennonite University’s first executive director of diversity, equity and inclusion, Jacqueline N. Font-Guzmán made her first public appearance during a Facebook Live interview for LovEMU Day. Her time slot coincided with the launching of a special DEI Initiative Fund.

Within the day, more than $82,750 was raised in support of this collective work. The ongoing total is $111,263 in pledged donor support. One of Font-Guzmán’s tasks in the coming months is to determine the best focus for this fund — and for the excitement and commitment symbolized in the investment.

In a March announcement, President Susan Schultz Huxman identified Font-Guzmán’s role as providing “guidance to our campus community to live more fully into its identity as a faith-informed peace and justice university. . . . [She will be] a dynamic ambassador, catalyst and facilitator in mobilizing our campus community around DEI goals.”

Since arriving April 1, Font-Guzmán has met with leaders of 14 student organizations and faculty, staff and administrators across disciplines and campuses. Listening to those perspectives, she said, has affirmed “that EMU is an extraordinary student-centered community, wanting and willing to do the hard work to advance DEI.” — EMU

As a lawyer, I partnered with my clients in their quest for justice and ­equity. Those who had lived in slum-like apartments could secure new housing and compensation. Those unlawfully dismissed from their jobs due to their political affiliation or gender identity were reinstated. Those in prison were guaranteed high-quality medical treatment.

I treasured these relationships with clients. What a blessing it was to be in their space of desperation and see them slowly move out of it!

As I moved from litigation to conflict engagement, I discovered that advocating on someone’s behalf was gratifying, but creating a safe space for people to advocate for themselves was exhilarating.

The power to co-create a space that allows people to be heard and seen, and to transform their relationships, energizes my work with conflict engagement and peacebuilding. I entered academia intending to teach others how to co-create these brave spaces so that together we could build just, inclusive and equitable communities.

How can we advance DEI at EMU?

— By expanding our moral imagination: getting better at connecting with each other and simply becoming curious about each other.

— By engaging in relationships of respect and empathy with those who are different.

— By raising awareness and naming how we may unintentionally sustain inequity, racism, misogyny and exclusion.

Initiatives this year include:

— Delivering implicit-bias training to faculty who will serve on faculty search committees;

— Holding a workshop that introduces cabinet members to a relational approach to DEI.

I hope to inspire a culture in which we connect with our deeper selves, deepen our compassion for one another and celebrate our shared humanity, modeled after the teachings and actions of Jesus. I envision a community where we promote social justice, gender equity, religious diversity, racial justice, community service and peace.

Jacqueline N. Font-Guzmán is executive director of diversity, equity and inclusion at Eastern Mennonite University and a professor at EMU’s Center for Justice and Peacebuilding. 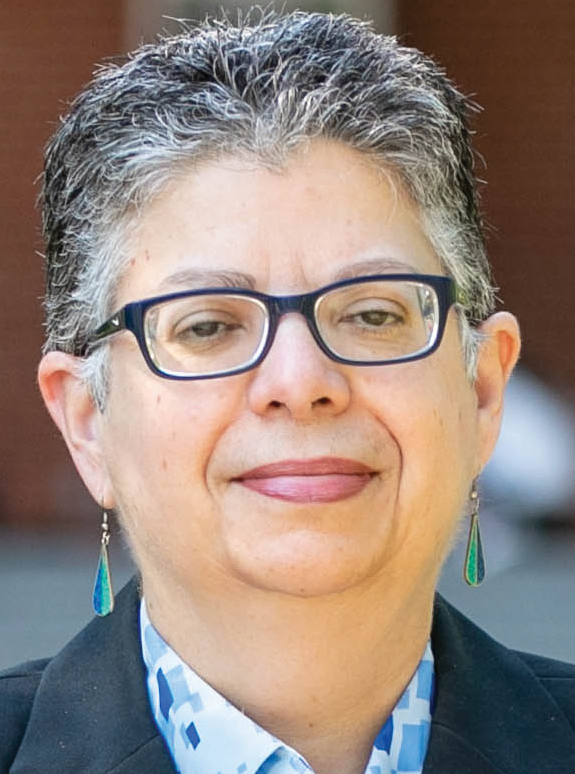