Anna Groff, with information from an MC USA release 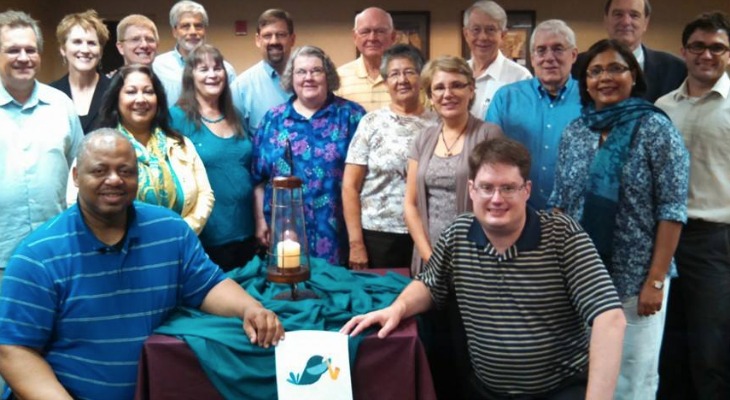 The Mennonite Church USA Executive Board (EB) met Jan. 29-31 in Kansas City, Mo., for a special meeting to plan for Kansas City 2015.

During this meeting, the EB voted to uphold A Shared Understanding of Church Leadership as a working document.

The document contains a statement taken from the membership guidelines about credential pastors not being able to perform same-sex unions.

Delegates are invited to review the document (details on how to access the document are coming) and give feedback during KC 2015 and over the course of the next two years, with the understanding that the document could be revised, in consultation with Mennonite Church Canada, by 2017.

After much discussion, the EB also recommended that the membership guidelines remain unchanged and be used as interpreted in the June 2014 action taken by the EB to Mountain States Mennonite Conference.

With input from the EB, Ervin Stutzman, executive director, is producing a set of questions for delegates, which will be available in the next week in English and Spanish.

“We think of this as a favor for delegates to know what the inclinations are on different issues,” said Stutzman on Jan. 31. “We want to make sure people are very well informed before they arrive.”

Gathering this kind of information in advance will also help the delegates and EB make the best use of their limited time.

“We will consider what we can manage in 18 hours of delegate sessions that will move us forward as a church,” said Elizabeth Soto Albrecht, moderator, on Jan. 31.

Polity change, not new structure
The restructure committee appointed by the EB in September 2014 reported that in their deliberations this fall, they found that there is not a structural change that would resolve the tensions in Mennonite Church USA, so they recommend maintaining the current structure.

In their report, the structure committee members wrote: “We also recommend that the board clarify, in consultation with the Delegate Assembly, its understanding of how ministerial credentials function in our system and how the EB understands its leadership function in relationship to area conferences and congregations.”

“There was a sense of blessing them to find their voice and who they feel God is calling them to be, while holding the grief that we could not be faithful together,” said Soto Albrecht.

Stutzman has been relating to these two groups, he said.

“It is fluid. Some churches might remain within MC USA, they might join a new network and stay connected with [their] current conference or they might leave MC USA entirely,” he said.

During their meetings, the EB also received the resignation of board member Tyler Hartford, pastor of Pleasant View Mennonite Church in Goshen, Ind., due to other commitments, including a congregational assignment.