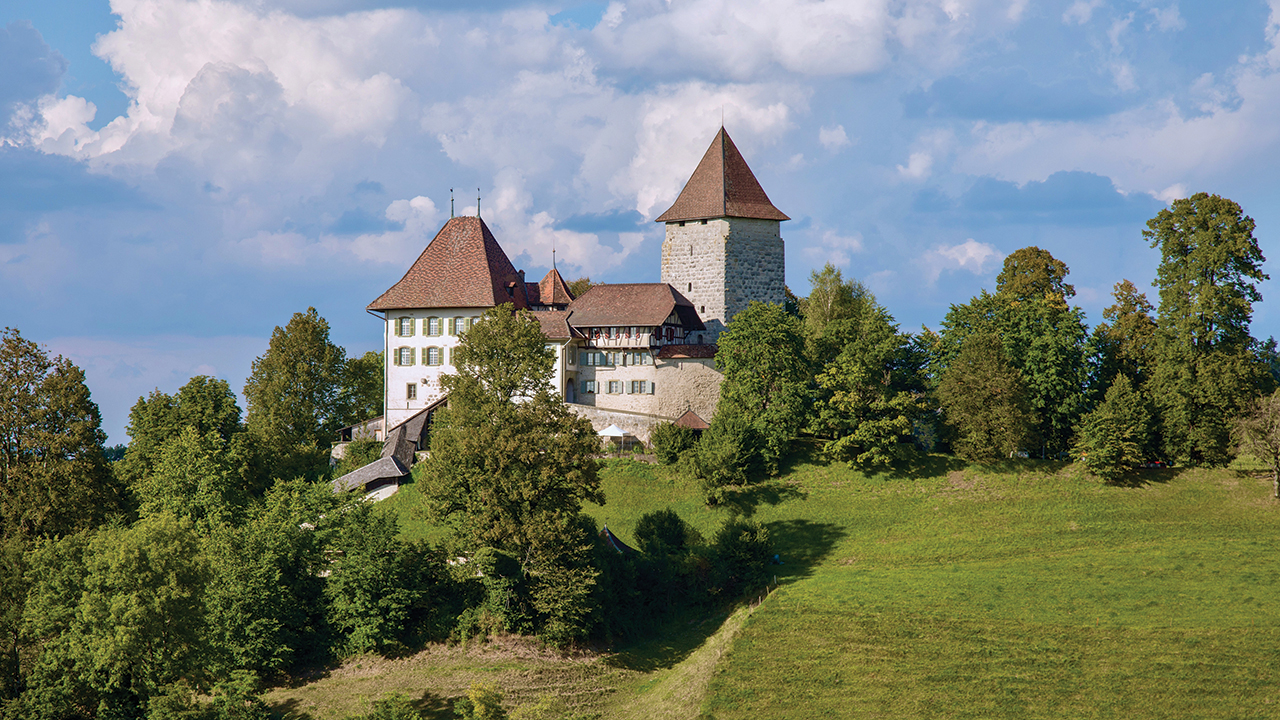 Trachselwald Castle is located in Switzerland’s Emmental Valley, not far from the town of Sumiswald. — Üli Kipfer

After years of bureaucratic delays and negotiations with regional government representatives, an exhibition on Anabaptist history opened in early September in a Swiss fortress that once imprisoned Anabaptists.

The new permanent exhibit in the castle’s cell wing addresses the past and present of the Anabaptist movement in Switzerland. Displays offer insight into the lives and beliefs of Anabaptists from the Emmental Valley who came into conflict with church and state leaders because of their religious convictions. Nine stations describe their hopes and fears, addressing not just persecution and oppression but also reconciliation and forgiveness, encouraging visitors to reflect on their life and faith today.

Many Anabaptists have visited Trachselwald and climbed the castle tower to view jail cells that held Anabaptists. Swiss Mennonite Conference general secretary Jürg Bräker said the stairs have been improved and security measures installed, and this area will continue to be open to the public throughout the year. New information displays in German, French and English have been installed.

The new exhibition is in a different section of the castle that has never been open to visitors before. Because the new area does not have heating, it is only open to visitors from the spring to fall.

Conversations about the castle’s future between Mennonites and local government authorities began in 2008. It belongs to the government of the Canton of Bern and housed offices until 2009, when regional districts merged and the canton began looking for a buyer for the property.

The canton continues to own the castle. In 2020 a contract was established with the Mennonite conference to rent the section housing the new exhibition at a very low rate.

“It is guaranteed that we can use the space for the next two years, hopefully much longer,” Bräker said. An entry fee will not be charged, but gifts will be welcomed to maintain the exhibition and pay the rent.

“Paths to Freedom” was organized by the Swiss Mennonite Conference and the Swiss Association for Anabaptist History. It follows an official reconciliation that took place two years ago between the Canton of Bern and the Mennonites of Switzerland as the descendants of the 16th century Anabaptists.

The exhibition is open daily from April to October. More information, including details about guided tours that allow guests to see more than visiting on their own, is at ­wege-zur-freiheit.ch.