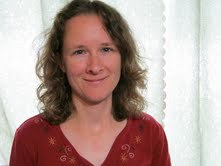 Joanna Harader is Pastor at Peace Mennonite Fellowship in Lawrence, Kan. This post originally appeared on her blog, Spacious Faith.

This is a question that white people in particular need to consider.

Tamir Rice, a 12-year-old black boy, was shot to death on Nov. 22, 2014. On Dec. 28, 2015, a grand jury decided not to indict the white police officer who killed him. The primary reason given for the non-indictment is that the police officers “reasonably believed their lives were in danger.”

In other words, the police officers were scared. So the shooting was acceptable.

But acceptable or not, because the officers were “reasonably” afraid, the jury determined that this was not a crime.

“Do not be afraid” is one of the most common statements in the Bible. God speaks these words to Abraham, Hagar, Isaac, Jacob, Moses, Joshua, Elijah, Hezekiah, the Israelites (multiple times), Zechariah, Joseph, Mary, the shepherds, the disciples, the crowds that gathered around Jesus, the women at the tomb, Paul and John of Patmos.

We tend to read these as words of consolation. We imagine a gentle arm around the shoulder, a calm and sympathetic voice. “There, there. It’s OK. Don’t be afraid.”

The grand jury for the Tamir Rice case said “no.”

But I think we are. I think we have to be. I think the more power we have, the more accountable we are for our fear—and for the damage we leave behind in the wake of our fear.

We may not be able to control our fear in the panic of the moment—we can’t untie the knot in our stomach or smooth out the goose bumps on our arms. But we can cultivate a life of fearlessness. We can take deep breaths and say deep prayers. We can befriend people who are different from us. We can examine our power and our privilege.

And we can love. Not a pop song love. A biblical love. The love of the incarnation which is solidarity with the outsiders. The perfect love that, according to the writer of 1 John, casts out fear.

We have to work harder to follow God’s repeated command: Do not be afraid. We see all around us the devastation that fear creates—not just the lifeless body of Tamir Rice and other victims of police shootings, but the mass shootings and terrorist attacks and political hate speech and…and…and…

Fear is deadly. And we are accountable for our fear and the death it causes. The more power we have, the more accountable we are.

May God have mercy and move us toward the perfect love that casts out fear.

This is a shortened version of an article that appeared in our March magazine. For full access to this article and others like it, check out our online edition.