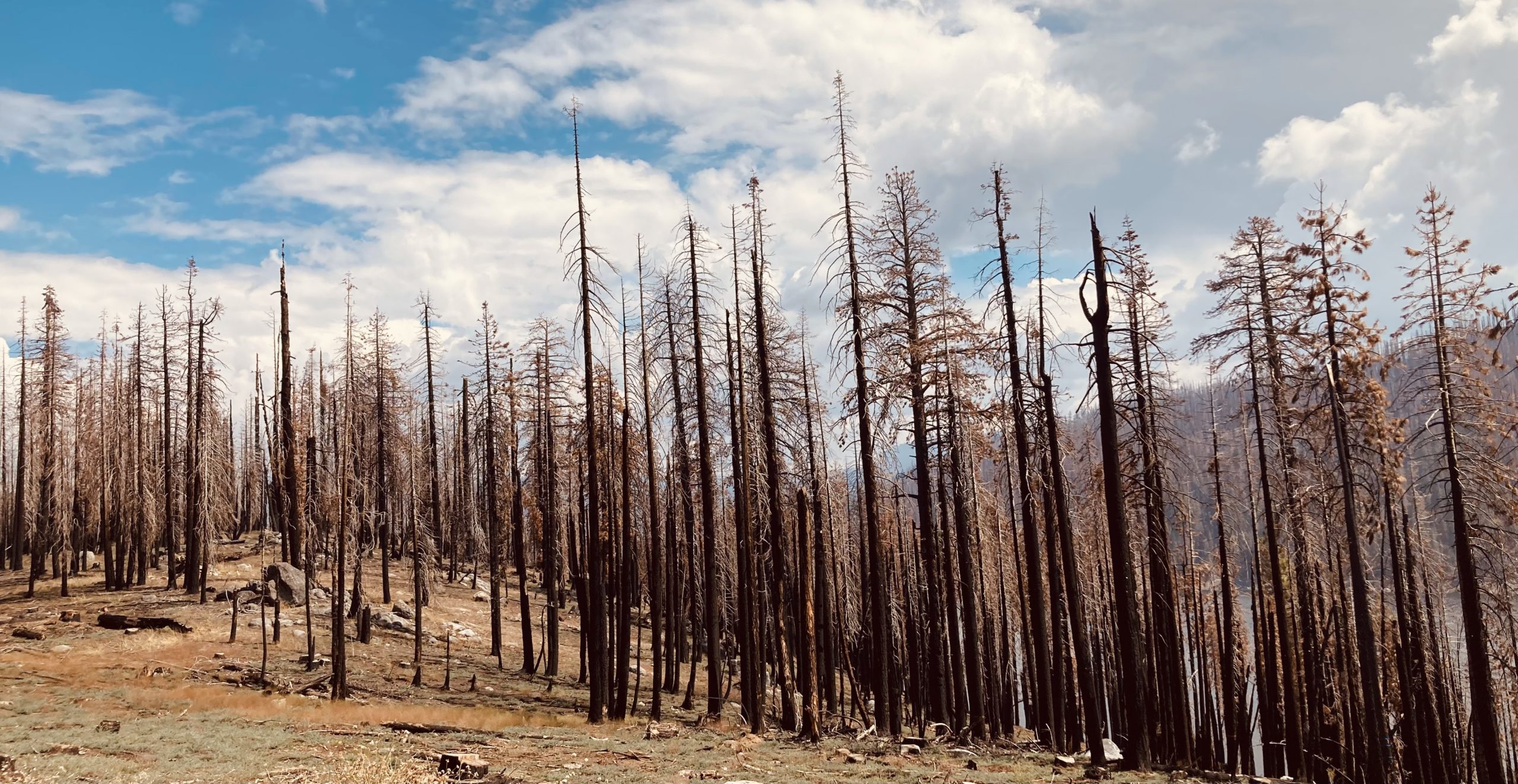 Ashen stumps, blackened trunks, charcoal forest floor. We are driving to Huntington Lake and Camp Keola in the high Sierras and the detritus of a 2-year-old fire landscape confronts us with its warning of the impact of global warming.

“Lord help us,” we whisper. How does one pray while negotiating hairpin turns on mountain roads a mile and a half up?