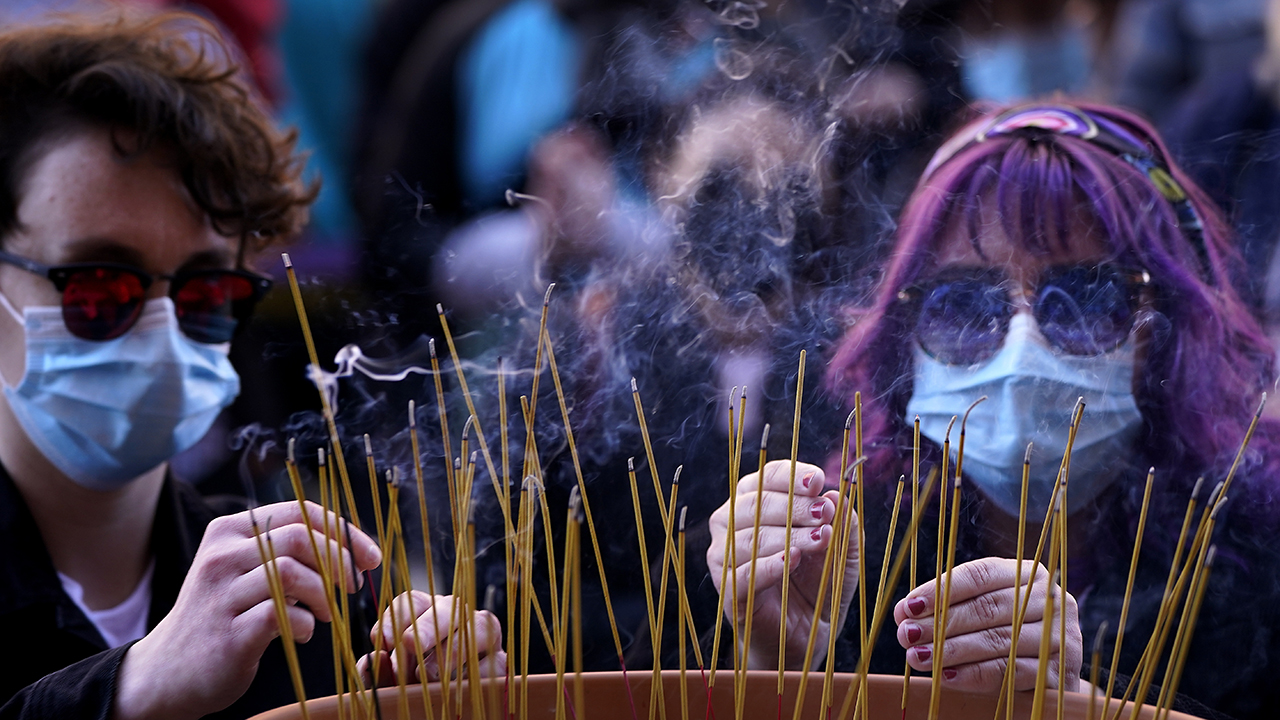 People leave incense sticks in a pot of rice to honor the victims of the Atlanta area massage parlors shootings during a memorial in Kansas City, Mo., March 28. The March 17 shootings at three Georgia massage parlors and spas that left eight people dead, six of them women of Asian descent, come on the heels of a recent wave of attacks against Asian Americans. Photo: Charlie Riedel/AP

In the wake of the mass shootings in Atlanta and Boulder, Colo., and the plague of gun violence that costs more than 100 lives a day in America, I have been reminded of the Bible verse that says Jesus wept over Jerusalem because its inhabitants didn’t know the things that would bring peace. It’s a powerful image of the “man of sorrows” weeping over the suffering of the world.

We in America today should be weeping with Jesus, who surely must be weeping over us.

America has five times more gun dealers than McDonald’s restaurants. With 5% of the world’s population, we have almost half of the world’s guns. We produce about 9.5 million guns a year — 26,000 guns per day. One gun every three seconds. We have a problem.

Where there are more guns, there are more gun deaths. Even in the pandemic, annual gun deaths topped 41,000, the highest they have been in more than 30 years. In my city, Philadelphia, we usually have one tragic homicide a day. Last year we had 499 homicides. Every one of them is a child of God.

The gun crisis is a spiritual and moral crisis. Gun deaths are the leading cause of death for American youth. Guns are the leading cause of death of police officers, and it is still legal to use bullets designed to penetrate body armor. For military service members, suicide by gun is the greatest danger. More military folks die from their own guns than from the guns of enemy combatants — nearly one military suicide every hour.

When you calculate the number of murders in developed countries, 86% of them are in the U.S. Since I was born 45 years ago, we have had more lives lost domestically to guns than in all the wars in U.S. history combined.

There are those who say, “It’s not a gun problem, it’s a heart problem.” They say we need to change people’s behavior, not laws. In our 2019 book, Beating Guns, Michael Martin (see “Guns to Garden Tools,” AW, March 5) and I insist gun violence is both a heart problem and a gun problem. God heals hearts. People change laws. We need both in America.

I’m encouraged that an overwhelming majority of Americans want to see better gun laws. Two-thirds (67%) want a ban on assault rifles like the one used in the recent shooting in Boulder. Guns like the AR-15 are designed to kill as many people as possible, as quickly as possible, and that is exactly what they keep getting used for.

We also need better technology like “smart gun” features that would allow guns to operate from a fingerprint. This will cut down the lives lost to suicide, or to stolen guns, or to guns found in the house by a child.

I believe change is coming — common-sense gun legislation that will save lives. I want my fellow evangelical Christians to be on the side of life.