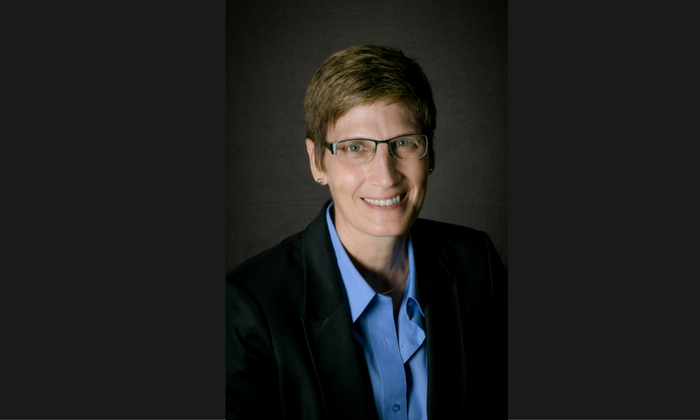 With input from the community, the search committee developed a profile of six qualities that the new superintendent should possess and, after an extensive interviewing and vetting process, reported to the Board that Tieszen exemplified all six of these characteristics and made a unanimous recommendation that she be offered the superintendent post. The Board unanimously accepted the committee’s recommendation at its October 7 meeting.

Tieszen brings more than 20 years of combined educational and administrative leadership to LM, including two years in collegiate institutional advancement, six years in school administration and 13 years teaching in public and private high schools. She is currently serving as the vice president of institutional advancement at Bethel College in North Newton, Kansas. She previously served as superintendent, principal and board member at Freeman (South Dakota) Academy, as well as being a member-at-large for Mennonite Schools Executive Council, culminating with a position as the vice president of the Executive Board of the Mennonite Secondary Schools Council.

“Pam has demonstrated a lifelong devotion to educational leadership, particularly Anabaptist Mennonite education,” reported Andy Dula, chair of the search committee. Along with her professional involvement in Anabaptist-related organizations, all three of her children have graduated from Mennonite schools and colleges.

“I am passionate about Anabaptist/Mennonite education and how it transforms lives,” Tieszen said. “The opportunity to be part of an educational system that integrates Anabaptist values with education and activities is what pulls me back to this level.”

Tieszen took the position at Bethel in July 2014, after six years as superintendent and principal at Freeman (South Dakota) Academy, where she had also taught science, social studies and physical education and coached several sports for a number of years.

“I have appreciated Pam’s leadership and work in our advancement office over the past two-and-a-half years,” said Bethel President Perry D. White. “She has worked quickly and effectively to learn the art of fundraising while managing a good deal of change in personnel, processes and technology within the office during her short time with us. We will begin work immediately to identify interim leadership in that office for the second half of our fiscal year, and will begin our search to fill the permanent position soon.”

“It’s been a privilege to be part of Bethel College, from the caring faculty and staff who educate the whole person, to the deeply devoted donor base who support Mennonite values in an integrated education,” Tieszen said. “I also benefited from these relationships and hospitable environment and I’m grateful Bethel College has been part of my journey.”

As a teacher, Tieszen taught multiple subjects in the classroom, including social studies, science, physical education, computer, Bible, psychology and sociology. She has also managed a dairy farm, trained as an Olympic handball athlete, and worked as a coach, bus driver, bank teller and accountant.

Tieszen is in the process of obtaining a Doctor of Education degree from the University of St. Thomas, Minneapolis, where her doctoral dissertation is a qualitative study of first women leaders at Mennonite educational (K-12) schools. She previously earned a Bachelor of Arts degree from Jamestown College in North Dakota and a Master of Education degree in Educational Leadership with a principal certification from the University of Sioux Falls, South Dakota.

Tieszen said she is excited to build upon the strong foundation laid by Superintendent Thomas. “Richard Thomas built LMS into a thriving school community, and I will continue to build strong support for LMS and state-of-the-art facilities.”

Tieszen expects to spend the first several months acclimatizing to the LM community. “My outside perspective might lend itself to good conversations and team building,” she noted. “Also, it is a year for an accreditation review, which provides a special opportunity to evaluate the school’s strengths, identify goals for improvement and celebrate the success of the school system.” The year also marks the school’s seventy-fifth anniversary milestone.

The search committee recommending Tieszen was composed of members of LM’s executive and quarterly boards, representatives of area church conferences and representatives of various constituent groups that support the mission of Lancaster Mennonite School.

The position profile was developed with input from a survey of 4,757 constituents, along with nine separate listening sessions involving faculty, staff members, board members, school administrators and parents. Andrew Dula, chairperson of the superintendent search committee, said, “It was gratifying to hear from so many people who care deeply about the school and to feel a general consensus about the kind of person needed to lead LMS into its preferred future.” Now there is a consensus among the search committee and the Board that Pam Tieszen is that person.