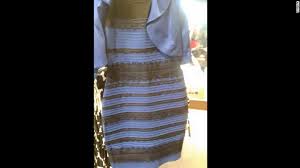 In the last couple of weeks I have been noticing a new pattern—the middle is finally beginning to speak.

I was one of six Ohio Conference pastors invited to preach and this is what I said:

I have to tell you the truth. While I was honored and excited about being asked to share, I was disappointed when I read the theme verses for our gathering.

Now Romans 12 I could do, but Romans 12:9-13 in particular, quite frankly my first reaction was—now isn’t that the most vanilla scripture in the entire book of Romans.

It has no teeth. It has no chutzpa. It’s safe.

It’s not at all provocative, but I suppose in times like these, who among us need provoked.

My Bible calls Romans 12:9-13 the marks of a true Christian and when you read it, it just feels like that, like we are in junior high Sunday school all over again learning what a good Christian is.

Now I wanted to preach Paul.

So I sat down to read Romans straight through in one sitting to understand what he is getting at, what is his argument is in Romans 12:9-13.

And I walked away dizzy.

Now every commentary you look at for Romans, talks about how this is the most comprehensive and systematic statement of the Christian faith. It is in truth God’s plan of salvation, what it essentially means to be a Christian.

But quickly as you begin to read through all of Romans you will notice that in truth Paul has two arguments going on here. He has two groups of people he is trying to appeal to all at once.

And in reality, this isn’t just a phenomena in Romans, but in truth it is in every single letter of Paul.

Every single letter from Paul has some element of argument between these two groups of people: the Jews and the Gentiles.

1 Corinthians 1:22 says that the Jews demand signs and the Greeks desire wisdom.

In Paul’s other letters, such as Galatians, Paul addresses the Jews who are insisting that in order to become a faithful follower of Christ you must essentially become Jewish by faithfully follow the rules of Judaism, including all of the outward signs of faith.

Today there are many Christians who find this kind of ridiculous, but to the Jews of Paul’s day it was obvious because Jesus was Jewish. He was actually a faithful Jew and he was in fact The Jewish Messiah, the one the Jews had been waiting, the one the Old Testament had been calling for.

And at the time Paul is writing these letters probably between the years 55 and 57, the Gospels had not even been written yet. So the only “Scripture” they had was the Old Testament and the Old Testament says that you must follow the Law.

So imagine their disgust when this new apostle Paul comes around and tries to say, that following the law, essentially, following scripture is not necessary and that the Gentiles were welcome to be Christian without being Jewish first.

I can’t imagine how difficult it was for the Jews to understand that there was another possible way of expressing faithfulness to God and to Christ.

Now not too long ago there was a great controversy that erupted on Facebook.

What color is this dress? Blue and black or white an gold?

My husband and I see two different color dresses.

But apparently your answer depends on the shape of the color cone receptors in your eyes.

People have gotten into serious arguments over the color of this dress, because the answer seems like it should be obvious.

It’s biology, but you know it’s sociology (and dare I say theology) too.

The Jews thought the answer was obvious—the dress was Jewish.

Scripture said the Messiah was Jewish and they thought his followers should be Jewish too.

They could not see the blue and black dress through their oblong color cone receptors.

Their obvious answer wasn’t that obvious to everyone else.

This was a common argument in Paul’s letters and it is a prominent theme in the book of Romans.

In one breath Paul debates the Jewish world view that says that Scripture, law and tradition are the only way to express Christian faithfulness, saying in Romans 6:14: “For sin will have no dominion over you, since you are not under law but under grace.”

But at the same time he tears down the Greek’s assumption that the only thing that matters is Spirit and freedom in Romans 3:31: “Do we overthrow the law by this faith? By no means! On the contrary we uphold the law.”

To the Greeks they would have insisted that outward marks of faith were meaningless and only the spiritual provided freedom.

The Greeks were as equally guilty as the Jews in insisting that dress was supposed to be Greek.

In fact, if you wanted to, you could harvest from Paul’s letters any particular verse at any given time to back up your argument whether you are a Jew or a Greek.

Paul makes your argument for you.

And this is our letter to the Romans. In every chapter 1-11 we have a dizzying argument Paul makes between these two groups who insist that the dress is only one color—their color.

Do you see the division in the church Paul is speaking to? Sound familiar?

And I am not just talking about today’s division.

And indeed it is the line of division growing in our church today.

History is just repeating itself.

And just like back then, we are dividing—we are fighting—and some of us can’t even be in the same room.

We are having a difficult time understanding how it is even possible for someone who calls themselves a faithful follower of Christ to even see a dress that is different than our own.

But on the road to Damascus, Paul was ambushed by the light and in that light Jesus showed him that the dress was not Jewish, but here’s a news flash for you. The dress wasn’t Greek either.

I often think to myself, Some great idea, God! This new creation this one new humanity. This body of believers that has nothing in common except that Jesus Christ died for u

Really, how did God ever think this was going to work?

A community that is built around Jews and Greeks; males and females; rich and the poor; rural and urban; educated and uneducated; Black, White, Latino and Asian.

There were bound to be divisions in a body built like that.

But in Romans Paul goes to great lengths to put them all in their places. And that’s what the first 11 chapters are all about.

But in chapter 12 and every chapter following he sets the dizzy straight. And he says, this is what the body of Christ should look like: “Let love be genuine; hate what is evil, hold fast to what is good. Love one another with mutual affection; outdo one another in showing honor. Do not lag in zeal be ardent in spirit. Serve the Lord.”

Now, I wanted to preach Paul.

But the problem is he doesn’t choose a side. He doesn’t say follow the letter of the law found in Scripture and he doesn’t say spiritual freedom revealed by logic and reason is the way.

In the book of Galatians he spends all of his time tearing down Judaism and its rigid use of laws, but in Corinthians and in Colossians he breaks down the Greek Gentile’s arguments.

And in Romans he just makes us dizzy.

How are we supposed follow his unabashed authority, his clarity, his finality, his direction?

How are we to know what to do, if he doesn’t choose a side?

How are we supposed to agree and be of the same mind if Paul doesn’t tell us which mind to be in?

1 Corinthians 1:18-25 says that choosing the cross will always look like foolishness, to both those who are bound by Scripture and tradition and those who desire freedom through Spirit, logic and reasoning.

Choosing the cross does not fit into a black and blue dress world. It will destroy the wisdom the wise and thwart the discernment of the discerned.

And Paul was talking to us!

Choosing the cross will always look like foolishness or weakness.

The history of Christ’s church is full of with division—the division between holiness of Scripture and the freedom of the Spirit found in logic and reasoning.

There is no other way for a diverse group of people who have nothing in common except for Christ to get along, unless we learn to embrace the cross as a way of life together.

What does Paul have to say to prove to us that this new creation is possible?

When we attempt to listen to one another recognize that our dress is not their dress. When we finally take the step to see a dress different than our own, it is then and only then that we will have embraced the cross and embodied Christ with mutual love and overwhelming honor even for those with whom we disagree.