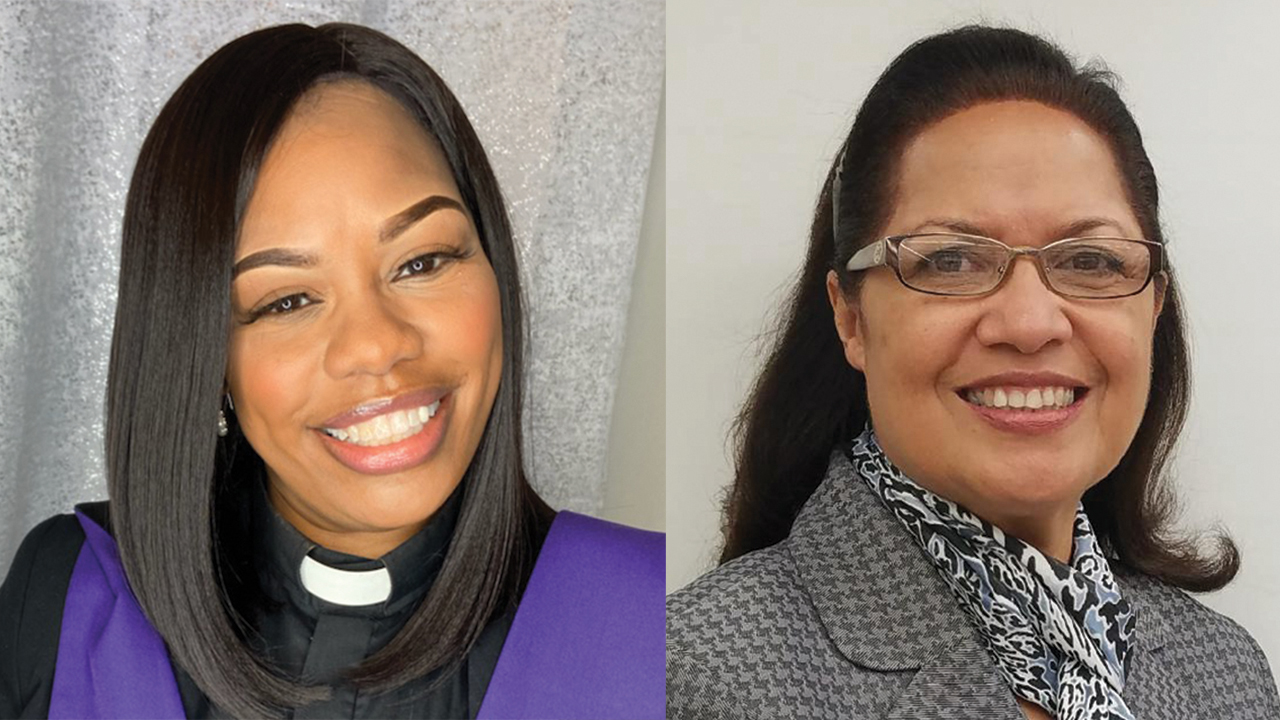 LMC is allowing women to serve as bishops for the first time in its 310-year history but has stopped short of granting gender equality.

In December, the Board of Bishops — leaders of the Pennsylvania-based denomination formerly known as Lancaster Mennonite Conference — affirmed women to serve on bishop teams.

A woman can serve only as part of a team, not as the sole leader of a district.

Two women are serving in this way: Hyacinth Banks Stevens of West Haven, Conn., in the New York City District and Juanita Nuñez of Apopka, Fla., in the Southeast District.

Nuñez was affirmed as a bishop by Southeast District delegates on Jan. 15.

The Board of Bishops’ decision resolves a contradiction between LMC policy and practice that arose as a result of Stevens’ service on the New York team since 2016.

In March 2021, the board appointed her as a bishop member-at-large on the Conference Executive Council. The appointment called attention to the need to clarify her status.

LMC moderator L. Keith Weaver described the problem in a Dec. 27 announcement of the bishops’ decision: “How can LMC say one thing (only men as bishops) and do another? That lacks integrity.”

In October, the executive council asked whether the bishops would authorize women to serve at all levels of leadership.

Discussion revealed that “this represented a degree of change that just isn’t achievable right now,” Weaver said in an interview. “Our more conservative members believe Scripture does not support allowing women to serve as bishops.”

Instead, the Board of Bishops decided — unanimously, with some abstentions, on Dec. 17 — to ­“acknowledge and affirm that space has been created within LMC for women to serve on Bishop Oversight Teams.”

Weaver foresees more opportunities for women to serve as bishops.

“There is a growing emphasis on bishops working in teams rather than as individuals,” he said. Ten of LMC’s 23 districts are led by bishop teams.

He said approval of women bishops on teams “is in part being responsive to the growing racial-ethnic diversity in LMC.”

“Our Hispanic and Garifuna and some African American congregations are far more eager to use the gifts of women at all levels of leadership than some of our older, heritage congregations,” he said.

One example is the New York City District, where Stevens began serving on the Bishop Oversight Team nearly six years ago.

The other team members are Moises Angustia and Nicolas Angustia.

A former pastor at King of Glory Tabernacle, an LMC congregation in the Bronx, Stevens is a second-generation Anabaptist. Her parents, Addie and Michael Banks, were longtime co-pastors at King of Glory.

“As a Black Anabaptist, serving with colleagues from heritage Mennonite communities and congregations, I have often thought, ‘I don’t fit that mold of Mennonite,’ ” she said.

“What draws me to this distinct faith is my understanding of Anabaptist theology: reconciliation, justice, peace, following Christ in daily practices, the priesthood of all believers.

“Why am I part of this faith community? Faith is a journey, and often you end up on the road less traveled.”

Passion for connecting theology and culture energizes her as a bishop.

Hyacinth Banks Stevens is the new executive director of Mennonite Central Committee East Coast. She will begin in early March, replacing Bruce Campbell-Janz, who is stepping down after leading the region for 10 years.

Stevens has worked as MCC’s New York City program coordinator for seven years. She holds a master’s degree in public administration and public affairs from Metropolitan College of New York and a bachelor’s degree in education and theology from Nyack College.

“Hyacinth’s work in New York City in recent years has taken MCC’s engagements there to another level,” said Campbell-Janz, who is completing 24 years of service with MCC.”

Board chair Ruth Lesher of Mechanicsburg, Pa., cited Stevens’ “passionate articulation of our Anabaptist faith and practice in her local churches and community.”

MCC’s East Coast programs focus on immigration services and training, restorative justice education, young adult work and peacebuilding. The region, which includes 18 states and Puerto Rico, is home to seven material resources centers, including the one in Ephrata, Pa., the primary shipping location of MCC humanitarian aid collected across the U.S. The region has 17 thrift shops, four relief sales and hosts 10 mobile meat canning sites. Its primary office is in Philadelphia.

“Part of my role is to be at the table as a woman of color and to bridge the gap between what is happening in the heritage congregations and in my context,” she said. “God is leading us to invite more people to be a part of LMC.”

When she began taking her turn representing the New York City District at bishop meetings, she knew there would need to be a conversation about roles and titles. But any ambiguity about those details was less important than getting the work done.

“I wasn’t trying to think through the nuances,” she said. “I felt I had full authority to function in the role that I was invited to.”

Regarding the December decision, Stevens said, “I feel that it is in alignment with decisions that had already been in operation. It is a way for LMC to increase its witness in word and deed.”

At the same time, she said, “I think that more needs to be done, and my hope is that LMC is still on the journey.”

In the Southeast District, Juanita Nuñez and her husband, Eligio, are joining Lee Miller on the bishop team. The district includes 14 Florida congregations that joined LMC in 2019 after Southeast Conference withdrew from Mennonite Church USA.

The Nuñezes are co-pastors of Iglesia Cristiana Ebenezer in Apopka, Fla.

“Serving in teams will be a great opportunity,” she said. “I have been serving with my husband for years. I don’t have a problem with doing this.”

She feels at home in LMC. Her call to spread the gospel grows from encountering missionaries as a child in the Dominican Republic.

“I am the product of mission work in another country,” she said. “Expanding the kingdom through evangelism and mission work is something very deep for me.”