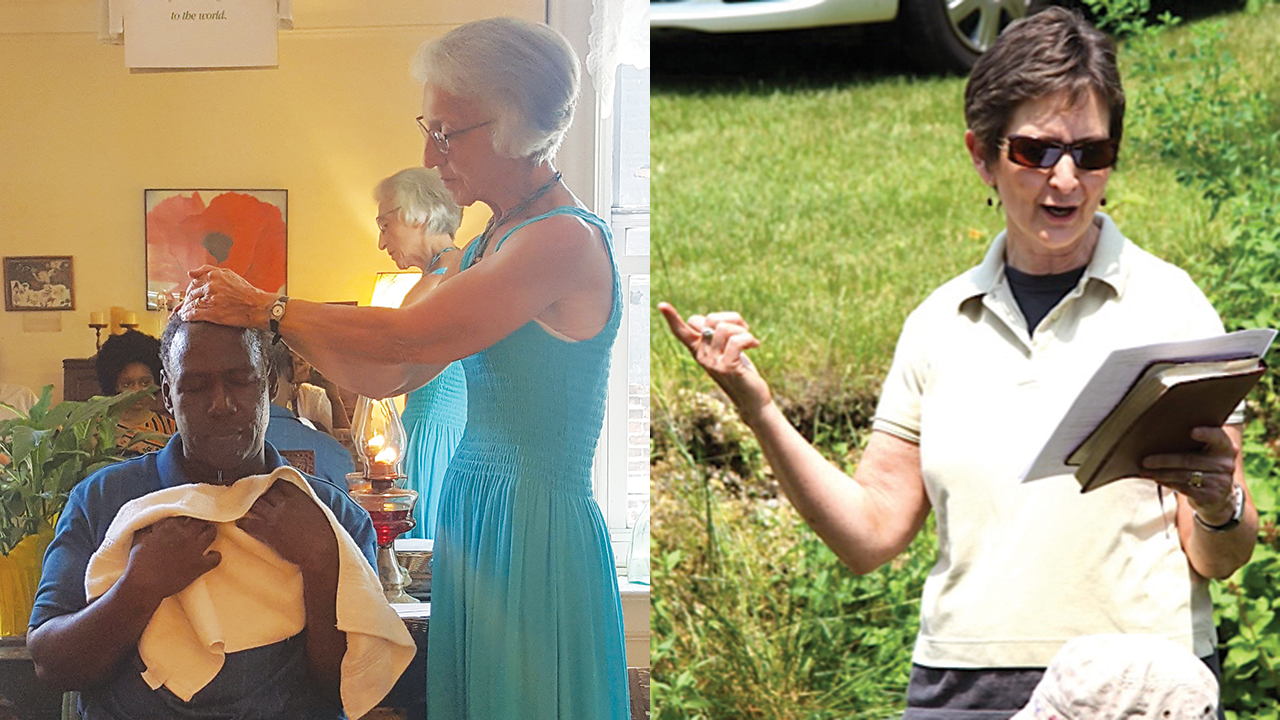 Wenger’s licensing was one of several that have defined the presence of women in ministerial roles in the conference, now known as LMC, over the last few decades.

In 2001, Wenger wasn’t new to the position when the conference formalized her role. Her congregation had called her to be pastor in 1995. It was a one-year “experiment” that blossomed into five more years.

At the time, LMC only allowed women in pastoral roles to be credentialed as deacons, not licensed as pastors.

“But the Lancaster bishops in New York were supportive of my serving as pastor even without a conference credential,” Wenger said. “In 2001, when licensing as lead pastor had become open for women if men were not available to do it, I was credentialed as lead pastor by Lancaster.”

She was the conference’s first internally credentialed female lead pastor, but not the first female lead pastor. That distinction belongs to Jane Hoober Peifer, who was hired by Blossom Hill Mennonite Church two years earlier, in 1999.

Peifer was already licensed and ordained in Virginia Mennonite Conference, but the ordination was a sticking point for LMC. She said LMC offered that she could be licensed for a specific kind of pastoral work, as a few other women had been, if she dropped her ordination.

“I wasn’t willing to do that, and Virginia was very supportive and agreed to hold my ordination,” she said. “And for 10 years they did that, as I was working in Lancaster Conference.”

By coincidence, Peifer had arrived only a month before Lancaster put a five-year moratorium on official discussion about women in leadership. Her new appointment wasn’t brought up in the business of the Board of Bishops.

The moratorium began around the same time author Louise Stoltzfus released Quiet Shouts: Stories of Lancaster Mennonite Women Leaders (1999, Herald Press), which shared the stories of women who served in pastoral, deacon and mission roles within the conference. Proceeds from the book and donations funded the Quiet Shouts Seminary Scholarship Fund, which supported LMC women enrolled in seminary studies.

The congregations that gave the most support to the fund, she said, had by then withdrawn from LMC to stay with Mennonite Church USA after LMC’s 2015 announcement it would leave the denomination.

More than $60,000 in endowment funds was ultimately split between LMC and Atlantic Coast Conference of MC USA, with a 10% tithe to Mennonite Women USA.

Oberholtzer said some of the scholarship recipients are pastors, and some went on to be leaders in their churches. Several are now retired, at least two still serve as lead pastors within LMC, and some are pastors in other conferences or in leadership positions with church organizations.

“I’m not sure how many are still in Lancaster Conference,” she said. “My guess would be very few.”

Informal discussions about women in leadership became formal after the moratorium ended in 2004, leading bishops to recommend the conference “license and/or ordain, regardless of gender, those who have responded to God’s call, who have been affirmed by their respective congregation.”

Nearly 360 credentialed Lancaster leaders voted in early 2007 on the proposal, with 65.7% voting in favor — just short of the required two-thirds majority.

The bishops decided in May 2008 to allow ordination of women. Only a few months after that, Lynn Parks of Oxford Circle Mennonite Church followed with a Philadelphia District ordination service.

Peifer recalled that discontent lingered in the conference — not just among conservatives after the bishops’ decision but also within the Blossom Hill congregation after credentialed leaders said no to expanded women’s roles.

“At that point we started saying maybe we need to find other affiliations,” she said. Blossom Hill joined Atlantic Coast Conference in 2009.

Wenger’s New York congregation joined ACC in 2016, one year after LMC announced it would depart MC USA, and was joined by several other Lancaster District congregations that wanted to remain with MC USA. Wenger is now ACC’s conference minister for New York City.

LMC withdrew from Mennonite Church USA at the end of 2017, returning to the independent status it held for most of its history. The conference historically had a close relationship with the Mennonite Church but was not part of the denominational structure until 1971.

In 2018 it changed its name from Lancaster Mennonite Conference to LMC, with the tagline, “a fellowship of Anabaptist churches.”

“We value diversity here,” she said of the city, where more than 90% of Mennonites are people of color, and congregations from ACC and LMC have a long history of collaborating. “Diversity is a gift, and diversity includes women in leadership.”

Wenger noted that as a handful of more progressive congregations left LMC to pursue new affiliations with MC USA conferences, several more tradition-oriented congregations joined. In some areas, many of these are made up of Latin American immigrants or people from Pentecostal backgrounds, who bring familiarity with women in church leadership.

“The conference is changing,” Wenger said. “I’m not sure whether it’s becoming more conservative, but I think it’s shifting toward more openness in some ways, especially with women in leadership.”