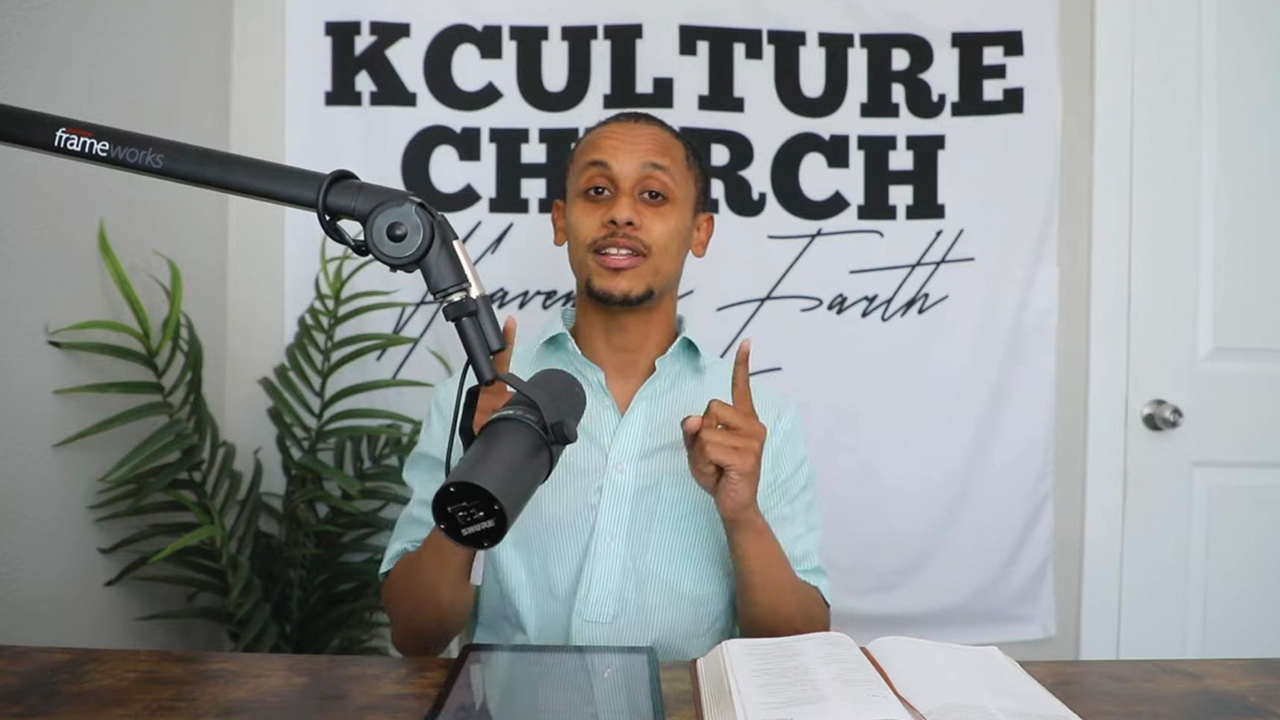 Situated in California’s Silicon Valley, KCulture Church, a church plant in the U.S. Conference of Mennonite Brethren Churches, reaches a global audience — from the United Kingdom to South Africa to Australia and across the United States.

With a strategy patterned after the area’s technology giants, Pastor Moni Worku has a vision for a church that focuses less on what happens within the four walls of a building and more on broadcasting a message via social media.

“Are we a different church? Yes,” Worku said. “Does my vision scare a lot of people? Absolutely. Because it’s never been done before. But great influence comes with something that is different.

Geared toward ages 18-40, KCulture services include a welcome, worship, announcements, an invitation to give via PayPal or Cash App, and a sermon.

People around the world are tuning in.

“It’s a global church from the launch,” said Brian Wiebe, chair of the Pacific District Conference Board of Home Mission. “I’ve never seen or experienced anything like this. I really don’t know how to coach [Moni]. All I can do is encourage him. It’s just awesome.”

The church is still in the pre-launch stage, and Wiebe said the timeline is moving so quickly that PDC has not yet officially adopted the project but intends to do so. Worku, who is in the licensing process, received full approval at a church planters’ assessment in Orlando.

The “K” in KCULTURE stands for “kingdom.”

“Because we are mainly on social media, and we’re really riding this technology wave, it allows for our church to be in multiple places at the same time,” Worku said. “It’s helping us expand the kingdom of God.”

Worku, a first-generation American whose parents immigrated from Ethiopia, wasn’t always set on even pursuing ministry.

As a student in nursing school in Olathe, Kan., Worku fell in love with Jesus. He called his uncle, Tariku Sharku, associate pastor at Ethiopian Christian Fellowship, a USMB congregation in Santa Clara, Calif., to express his desire to learn about Jesus.

Sharku advised Worku to pray, and upon seeing Worku’s conviction invited him to move to California. He left nursing school to pursue a Christian leadership degree, which he completed at William Jessup University in 2019.

Worku began serving at Ethiopian Christian Fellowship, organizing music and teaching the youth group. He started a young-adult ministry, calling it Kingdom Culture, for those who might not fit with ECF’s service in Amharic.

Then the pandemic hit, and church leaders decided to quit meeting in person.

“I didn’t know which direction to go with the young-adult ministry,” Worku said. “A lot of young adults were stuck at home, and it was really hard to pastor people.”

Worku started a 30-day devotional on Instagram Live in April 2020. During the hourlong video, Worku shared how the gospel had impacted his life.

As people shared the devotionals in group chats and text messages, more began tuning in — first 25, then 45, then close to 60 on Easter Sunday, six of whom accepted Jesus. By the end of the 30 days, 100 people were participating.

With between 40 and 50 people connected and tuning in regularly, KCulture Church started women’s and men’s Bible studies on Zoom.

“Coming out of an Ethiopian culture, my greatest fear was to be limited to one culture but, by his grace, we are able to make it a multiethnic and multicultural church,” Worku said.

“We have African Americans, Hispanics, Ethiopians, Caucasians. We’re all over the place, and I love it because it really paints an amazing picture of the kingdom of God.”