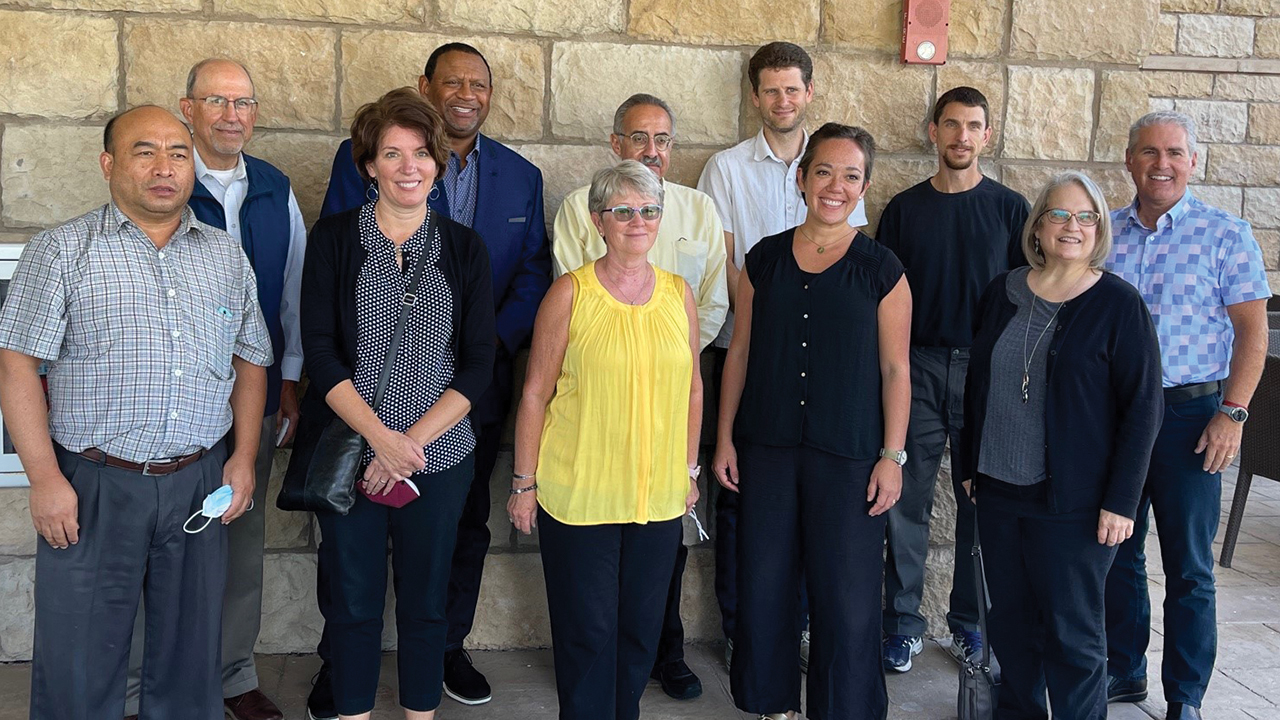 The Mennonite Church USA Executive Board is giving a stalled resolution on Membership Guidelines another chance by letting delegates decide whether to vote on it.

The MC USA Resolutions Committee had previously decided only one of two competing resolutions to eliminate rules that prohibit pastors from performing same-sex marriage ceremonies would go to delegates.

The already recommended resolution developed by MC USA leadership calls for “retiring” the Membership Guidelines. Another resolution that was at an impasse was developed by Inclusive Mennonite Pastors, a group practicing full inclusion of LGBTQ people in congregations. It uses stronger language that calls for transformation and repentance for the harm inflicted by two decades of exclusion and discipline, and for the guidelines to be “rescinded.”

The Membership Guidelines were created 20 years ago to facilitate the merger that created MC USA. Today, area conferences do not consistently enforce the guidelines’ limitations, and the Executive Board does not have the authority to enforce it.

An Oct. 5 MC USA release said the Executive Board decided during its Sept. 23-25 meeting that both resolutions will now be considered after a July decision to only put forward the “retire” resolution.

On July 10, the last day of the 2021 Mennonite Church USA convention, then-moderator-elect Linda Dibble shared on behalf of the MC USA Resolutions Committee in a virtual delegate session that only the “retire” resolution from the Executive Board would go to a vote during a special delegate session May 27-30 in Kansas City, Mo.

The Inclusive Mennonite Pastors resolution was announced as “at an impasse.” MC USA executive director Glen Guyton said at the time the Resolutions Committee recommended it to be studied.

Members of the Inclusive Mennonite Pastors leadership team were disappointed and asked in a Sept. 22 letter to Dibble, now moderator, and Guyton that it be reconsidered for delegate action. They pointed to how their resolution follows through on recommendations from an advisory group that represented a diverse group of congregations and conferences.

“It is important that MC USA, through the delegate body, be allowed to consider and vote on the recommendations set out in this report,” they wrote.

A motion to leave it at an impasse failed four to eight with one abstaining. A motion to allow delegates to decide whether or not to consider the resolution passed nine to two with two abstaining.

Executive Board member Bishop Leslie W. Francisco III said that widening ownership of the decision-making process will provide “a broad voice and a better perspective.”

“We believe this resolution offers a faithful path forward for our denomination,” she said. “In the coming months, we plan to help educate delegates about this resolution, and we will work with MC USA leadership to ensure a clear and healthy process.”

The Executive Board added seven new members during its hybrid online and in-person session:

In addition to orientation and a question-and-answer session with the new Executive Committee, headed by moderator Linda Dibble, the Executive Board officially confirmed MC USA associate executive director Michael Danner as Mennonite Education Agency’s new executive director in a shared staffing arrangement. His appointment was announced in August.