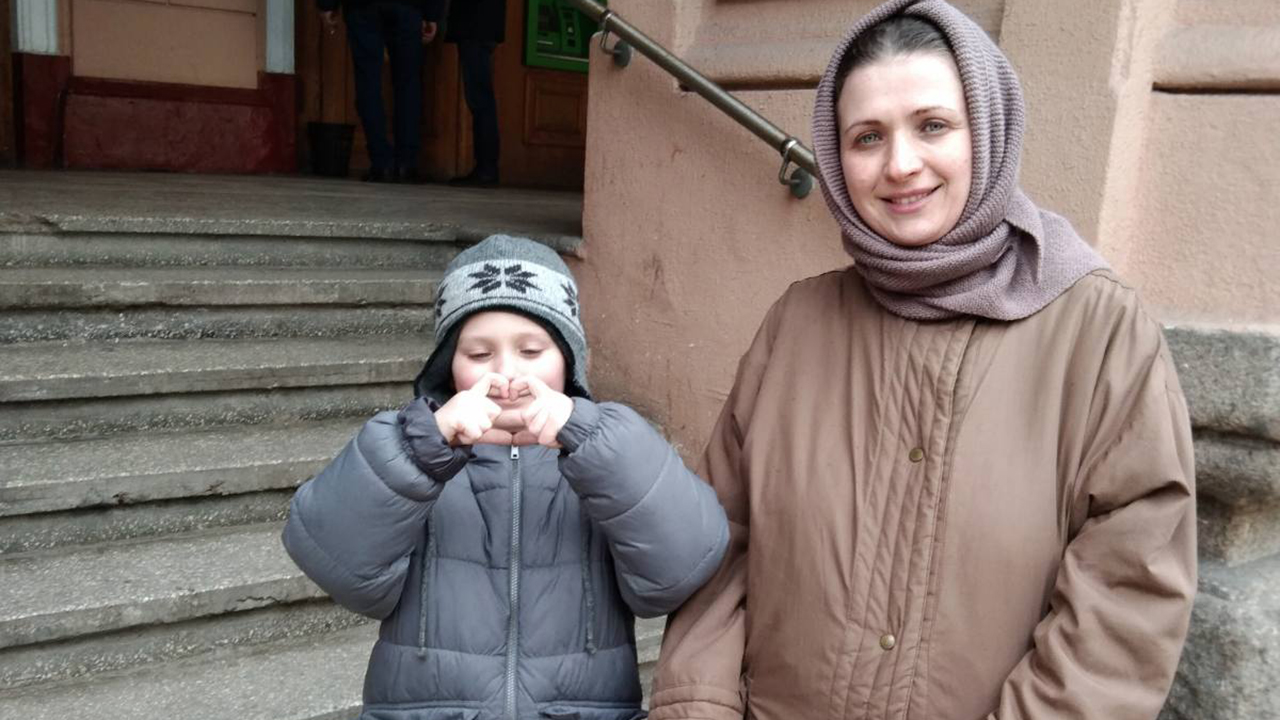 Linda Herr, MCC area director for Europe and the Middle East, hears stories of Ukrainians coming together in extraordinary ways after the Russian invasion.

“Many of our partners are taking funds that would have been used for local projects that can’t happen now and they’re buying food, medicine, blankets, mattresses — anything and everything that people need,” Herr said in an MCC release.

They are bringing mattresses to people who are sleeping in basements or stairwells, which are serving as makeshift bomb shelters. They are setting up rooms in schools that provide shelter for people on the move. Partners are also providing fuel for vehicles and food for families on their way to other, more secure parts of the country.

“They’re saying, ‘I know you’re my neighbor, I know you’re in need. Maybe you’re just passing through from some other part of the country, but you need something, and I can help you,’ ” Herr said in the release, written for MCC by Jason Dueck in Winnipeg, Man.

Ukrainian Mennonite Brethren and Baptist churches are an important part of the response that MCC is supporting, Herr said in response to questions from Anabaptist World. The church networks reach well beyond Zaporizhzhia, where MCC work in the country is based.

MCC’s four North American personnel, who were based in Zaporizhzhia, evacuated the country on Feb. 13.

The churches have a wide reach to other churches and organizations in other places. Other MCC partners, which work with education and community peacebuilding, are located across the country, including Kiev and western, central and southern Ukraine. They have freedom to use their funds for relief efforts.

The MCC release did not cite the partner organizations’ names and specific locations.

With Ukraine’s ports blocked by Russian military forces, and no air access, supplies are hard to come by. MCC partners are focusing on what they can do in the moment, purchasing what they can find and transporting supplies in whatever size vehicles they have available.

Local church partners are also doing their best to provide essentials for people who were struggling even before the conflict broke out.

“Churches are sharing contact information of people who are elderly, disabled or sick — those who normally are unable to leave their homes. People who don’t have a lot of resources and can’t just call for help anymore,” Herr said.

That sharing of information means vulnerable people can receive resources they wouldn’t be able to get themselves while their city is in conflict. Churches have been hubs for supply distribution, and they also serve as places of comfort during times of trauma and stress.

“Churches are gathering to pray and to encourage each other when they can,” Herr said. “And when meeting in person is too dangerous, they send photos to each other as a source of encouragement.”

While MCC partners are finding creative ways to provide emergency relief, they also are working with MCC to plan medium- and long-term responses to the devastation. Future projects will likely address needs in the areas of food, shelter and trauma care, especially for those who are being displaced by violence.

“It’s humbling to be between the people who want to give and the people who are seeing the need, who are trying to get resources into people’s hands,” she said. “But the partners, the people in Ukraine, they’re telling me they’re tired. So many people have left, and for those who remain, there is so much work yet to do.

“Please pray for the people here. Every minute this conflict continues, the humanitarian impacts worsen. Pray for peace. And pray that our partners will continue to have the strength to carry on their good work.”