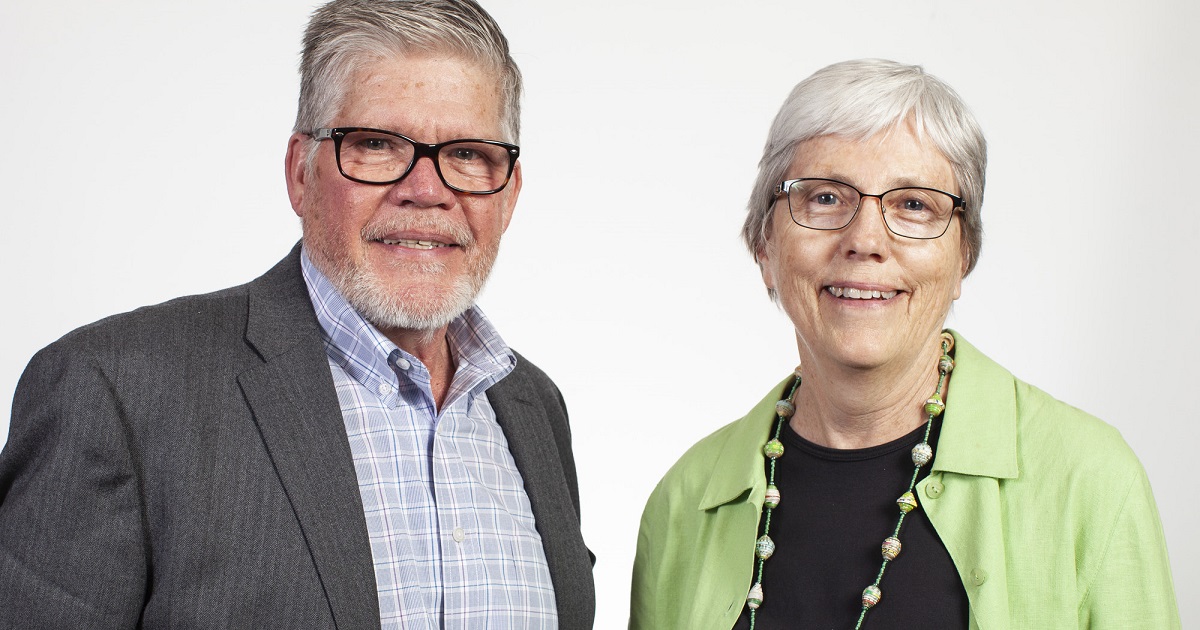 Leadership of Mennonite Central Committee (MCC) U.S. will transition in October as J Ron Byler retires as executive director. Moving into that role will be current associate executive director Ann Graber Hershberger. The shift reflects a leadership plan that was determined in 2019 and affirmed by the organization’s board of directors in their June 20 meeting. Hershberger began as associate executive director following an open hire process in 2019. This interim staff position was established to respond to heightened activity and long-range planning surrounding MCC’s centennial year in 2020. She had served on MCC boards since 1996, including chairing the MCC East Coast board and later the MCC U.S. board. Hershberger is anticipated to lead MCC U.S. as executive director through 2022. Byler has served as executive director since July 2010. Byler and Hershberger now oversee all MCC U.S. programs and operations and, with Canadian counterparts, all MCC international work. They also lead the network of MCC regional office executive directors and work closely with the supporting denominations of MCC U.S. and with associations of nonprofit organizations. MCC U.S. Board chair Gwen White of Philadelphia expressed the board’s appreciation to Byler: “As we prepare to say farewell to Ron later this year, we know we are sending him off into new adventures with deep gratitude for his innovative leadership based in his vigorous spirituality. “At an earlier time of transition, Ron in his executive director role moved MCC forward and refocused our connections with the Anabaptist church worldwide. Through building warm relationships with denominational leaders, staff, partners and supporters, Ron has set MCC on a course for increasing the work of God’s kingdom.” Byler lives in Goshen, Indiana, and is a member of Eighth Street Mennonite Church. White expressed the board’s “delight” with Hershberger’s two-year appointment, saying, “Ann has served MCC in multiple roles with grace, intelligence and a deep and compassionate Christian faith.” Hershberger lives in Harrisonburg, Virginia, and is a member of Mount Clinton Mennonite Church. “These times are momentous on the world stage and also particularly important in MCC history and ongoing work to meet our 100-year-plus mission to demonstrate God’s love and compassion to those in need,” White says.