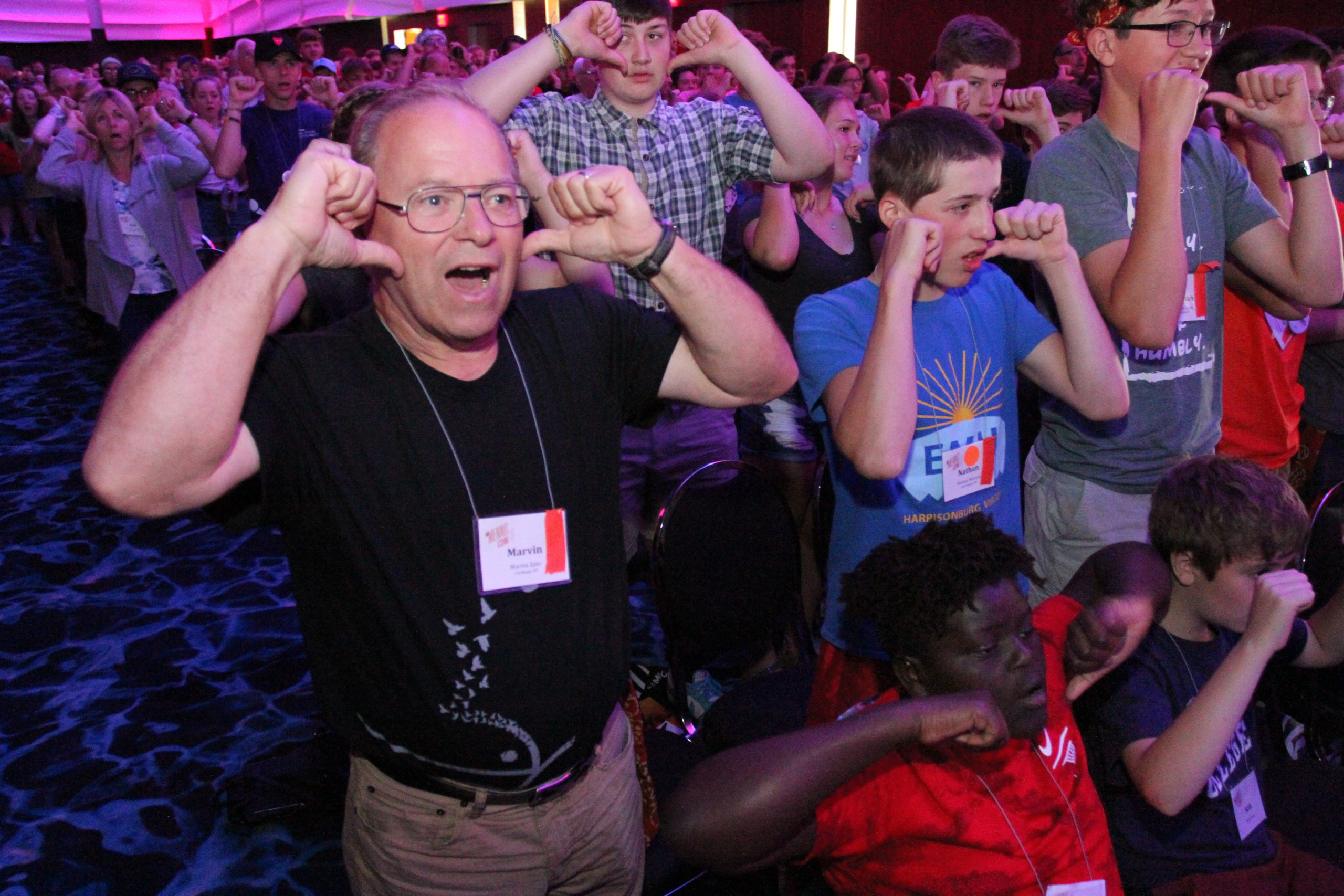 God speaks to people, whether they seek that voice, avoid it or are resigned to missing it entirely.

Three people shared stories in morning worship July 4 at the Mennonite Church USA convention about how they experienced transformation when they encountered God at work in their lives.

When John Murray went to India to help start a medical center while pastoring a congregation in Indiana, he experienced culture shock on many levels, but most profoundly with the beggars. Gaunt mothers with malnourished children tugged on sleeves.

Murray, now dean of global engagement at Hesston (Kan.) College, recalled how he assumed they considered him a rich American. He began to resent them for what he assumed they were thinking, and began avoiding them, similar to the priest in the parable of the good Samaritan.

But while visiting the proposed medical center’s village, his group encountered a paralyzed man, and he as a pastor was asked to pray for him.

“And I was overwhelmed that he could also see that I was a beloved child of God. That was a truth that my wealth and fear and privilege had erased from my own awareness and self-understanding”

Abby King — a student at Goshen (Ind.) College — didn’t need to travel around the world to be transformed by God, she just went to class.

Struggling with her relationship to religion and spirituality in spite of a lifetime in Mennonite schools and churches, King said young adult Bible studies left her feeling hungry with shallow stories. She thought perhaps she would continue going to church as a social obligation, but wanted more.

Then she took a course on liberation theology, which emphasizes political, social and economic freedom from oppression.

“I found communities that actually practice faith actively and fight for the oppressed and view that as salvation,” she said.

Today she realizes that for her, being a Christian is more than attending church, prayer or repentance.

God’s voice touched Marisa Smucker with two words in 2013 in her Costa Rican apartment. She had been connecting with the country of her birth for more than six years after being adopted and growing up in Indiana.

She knew it was time to return to the U.S. and her family, but didn’t know how she would be able to pursue her desire to use the Spanish she worked so hard to learn, be near family and work with Latinos like herself.

“Four and a half years later, I can stand before you and say I am so glad I heard God’s voice, because it has been a chance to see God’s handiwork in a new way,” Smucker said.

Now she works in advancement for Mennonite Mission Network and is able to connect with her cultural roots through friendships with people in Iglesia Menonita Hispana.

“Today I am more alert in seeing God in the places I go and the people I meet,” she said. “I have been on a journey that has taken me deeper in a commitment to God’s way of working in the world. . . .

“I get to hear the stories firsthand of how God is working in our denomination with people who say, ‘Here I am, God, use me.’ ”