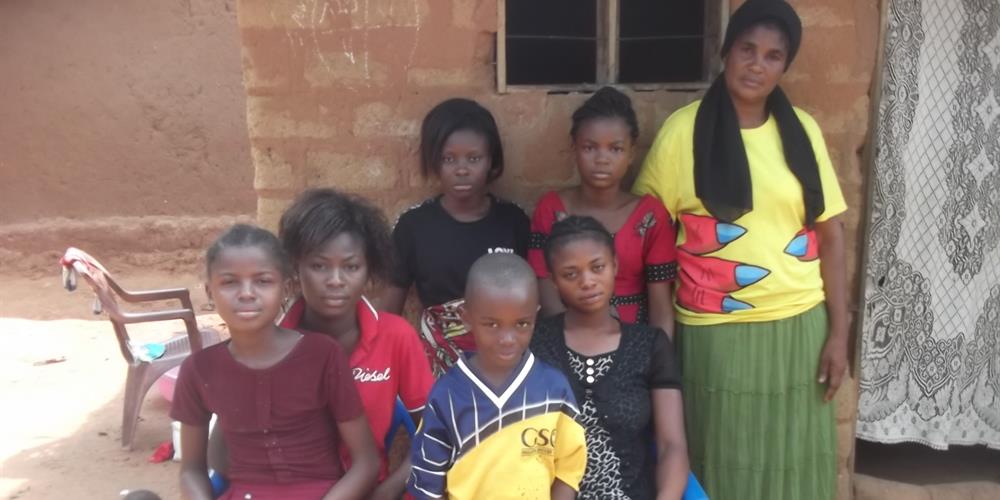 ​Photo: Innoncente Ngandu, a widow, and her family fled from their home due to violence. They recovered health and strength after receiving assistance from the Inter-Mennonite Kasaï Relief Project. Photo by Joseph Nkongolo.

Overt violence in the Kasaï region of the Democratic Republic of Congo has diminished during the past year. According to Reuters, as many as 5,000 people died and an estimated 1.5 million were forced from their homes from violence perpetrated by Kamuina Nsapu rebels, Bana Mura militia and the Congolese army from mid-2016 through 2017. Approximately 1.5 million people fled into the forest and eventually found their way to the relative safety of larger cities.

Agricultural production has been severely disrupted over this two-year period, and 3.2 million people remain without enough food as a result. The social and economic conditions that gave rise to the violence have not changed, says Rod Hollinger-Janzen, executive coordinator of Africa Inter-Mennonite Mission, who has made three visits to the Kasaï provinces since 2016.

“There needs to be positive investment in the future of this region through spiritual renewal, peacemaking and community reconstruction, economic development and job creation in order for peoples’ hopes to be renewed,” says Hollinger-Janzen.

Congolese Mennonite and Mennonite Brethren churches continue to work with the Inter-Mennonite Kasaï Relief Project, led by MCC and supported by seven other organizations, including Mennonite Mission Network. During the past year, churches in Kabwela, Kikwit and Tshikapa have worked with the relief project that includes providing food, education, farming supplies and trauma healing workshops to people displaced by the violence.

The churches began distribution of food, hygiene items and tarps in November 2017 to 460 households and continued with food packages containing flour, beans, oil and salt from April through today. Food distributions, paid for through MCC’s account at the Canadian Foodgrains Bank, will continue through March 2019.

Strengthened by the continuing supply of emergency food, 700 families will use pigs, or the tools, seeds and land provided through the project to start supporting themselves. In Kabwela, cowpeas are already in the ground, and others will be planted in January 2019.

In addition, the Congolese churches used funds from the supporting groups to purchase school supplies and uniforms and pay for school fees for about 950 children who started school in September.

As part of the three-day workshops, the newly trained leaders explain to participants what trauma is and how it manifests itself in destructive behaviors. Leaders create safe space for group members to talk about their personal traumatic experiences and grieve with each other before they think about how to move on with their lives.

To contribute online, text CONGOFUND to 71777 or visit this donation page.