NEWTON, Kan. — The first time J.R. Cady met Mennonites, he was in prison at Larned Correctional Mental Health Facility. Due to suicidal depression, he was sent there for psychological tests as part of his prison sentence for first-degree murder, which he received in 1988 when he was almost 17.

Now 44, he remembers being amazed that people chose to visit what he describes as “one of the deepest, darkest corridors of prison.”

“They sent me there because I was just shy of being criminally insane,” he said. “I was diagnosed as being bipolar. I tried to commit suicide. That was the shape I was in when they came to sing Christmas carols and to offer prayer. . . .

“I knew that these people had to have a deep connection to God if they were willing to come into that kind of place.”

After his first connection to Mennonites, Cady wanted more of the light and love he saw in them. Twenty-eight years later, that desire has materialized. As of last May, Cady has been out of prison and is working full-time at the Et Cetera Shop in Hutch­inson. He relates to First Mennonite Church in Hutchinson and is the “adopted” son of Debbie and Don Schmidt in Newton.

Schmidt, who in 1995 had just begun serving at First Mennonite, was contacted about this request. It changed both Cady’s life and her own. She visited him regularly the 14 years of her pastorate at First Mennonite and ever since she left in 2009.

The chaplain at the correctional facility first asked her if she would consider writing to Cady, who was at that time 21. He was hungry for a deeper connection to God and to others.

“After we wrote for a couple months, he asked if I would come visit him, and I said yes,” Schmidt said. “But I didn’t go there with any thought that I was going to convert him. I just wanted to be his friend.”

Ministering to the pastor

Friendship did happen, but so did something else. After about five years of visits, Schmidt said she realized Cady had as much impact on her as she did on him. As they discussed faith issues and read books on spirituality and discipleship, Cady’s hunger for God helped broaden and deepen her own faith.

During talks on Christianity and other faiths — jointly reading the Bible and other religious texts such as the Bhagavad Gita — she opened her life to God in new ways, she said.

“Initially, I felt a little bit smug that I was doing this,” she said. “But then it dawned on me that I hadn’t been brought into the prison for him. I was brought there so he could minister to me. That was a mind blower, and everything changed. I had never felt the kind of freedom to explore my own faith like I did with him. He was so open and helped me to be more open, too.”

Due to this mutual sharing, Cady identifies as an Anabaptist Christian and connects regularly at First Mennonite in Hutchinson. And Schmidt, a retired pastor, has remained as committed to Anabaptist Christianity as ever and yet experiences new dimensions of it.

“He talked so much about oneness and wholeness and about how we are all connected through God,” she said. “He helped me to see that God’s love is not exclusive. There is a place at the table for everyone.”

‘Too good to be true’

The symbol of a table where all are welcome is integral to their ongoing friendship. After Cady left prison, he lived in Schmidt’s basement for a month as he waded through re-entry obstacles, including securing a driver’s license and Social Security card and seeing medical professionals. Since his crime occurred in Olathe County, where his father, Dick Cady, lives, he could not live there with him.

His father and two sisters from Ohio shared some meals with Cady at the Schmidts’ home during this transition time. The hospitality was healing for Cady and his loved ones, who had experienced losses due to divorce when he was 8. His biological mother died the year before he was released from prison.

“Debbie and Don are like mom and dad to me,” Cady said. “Being welcomed into the Schmidt family, the church and the workplace after being incarcerated for 28 years feels too good to be true. I keep looking over my shoulder, wondering when the police are going to come and get me. Some days I fear this is all a trick, and then I realize it is for real.”

Since Cady was incarcerated so early in his life, he had no official identity in the system that young adults establish as they launch into the world.

“I had never paid taxes or established a credit history,” he said. “I was invisible. But because of the Schmidts — including things like Don driving me to work for the first month and to get my driver’s training — I have a face and a name. . . . The system itself is so full of failures and tripping stones. The average offender that gets out has no possibility of doing it, unless they have lots of support.”

His support includes his co-workers at Et Cetera, where he began working during work release six months before parole.

The blessings flow both ways, said Jane Wagler, general manager at Et Cetera and his supervisor.

“We strive to be a loving and supportive community, but he has also been an honest and dedicated employee,” Wagler said. “He understands that we are here to serve others. He gets that and is striving to give back to the community in a big way.”

Though he rents an apartment, he still visits the Schmidts once a month for an overnight stay. The Schmidts marvel how God has enriched the lives of two families because of this unlikely relationship. The Schmidts’ sons — Matt, Mark and Philip — and their wives and children also interact with Cady.

“Mark and Emily came over for supper one night when J.R. was here,” Debbie Schmidt said. “Kaitlyn, their 6-year-old, whispered in my ear, ‘Grandma, is he part of our family now?’ ”

Don Schmidt said, “Nothing natural would have brought the Cady and Schmidt families together. But in God’s way, borders are broken, separations are no more. And things that shouldn’t make sense, do.” 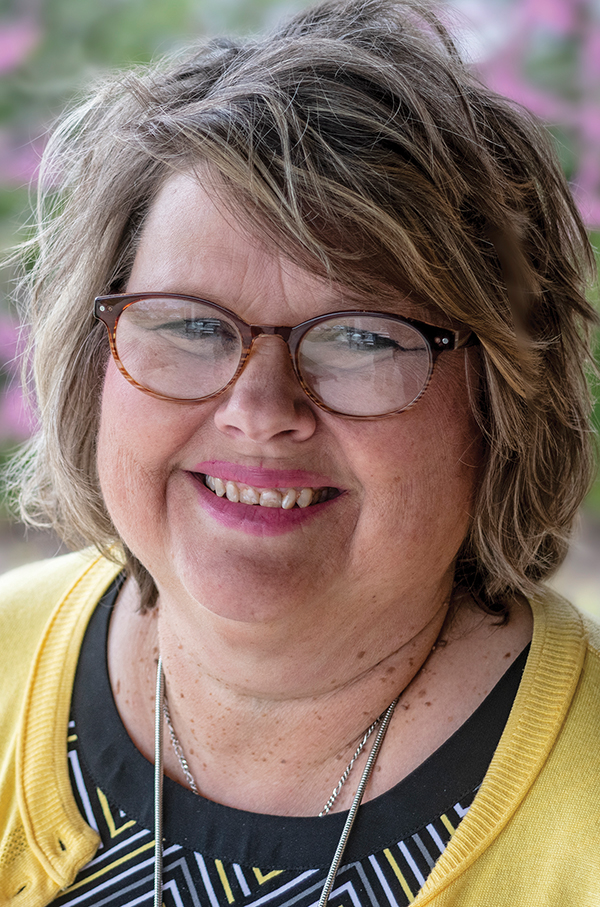