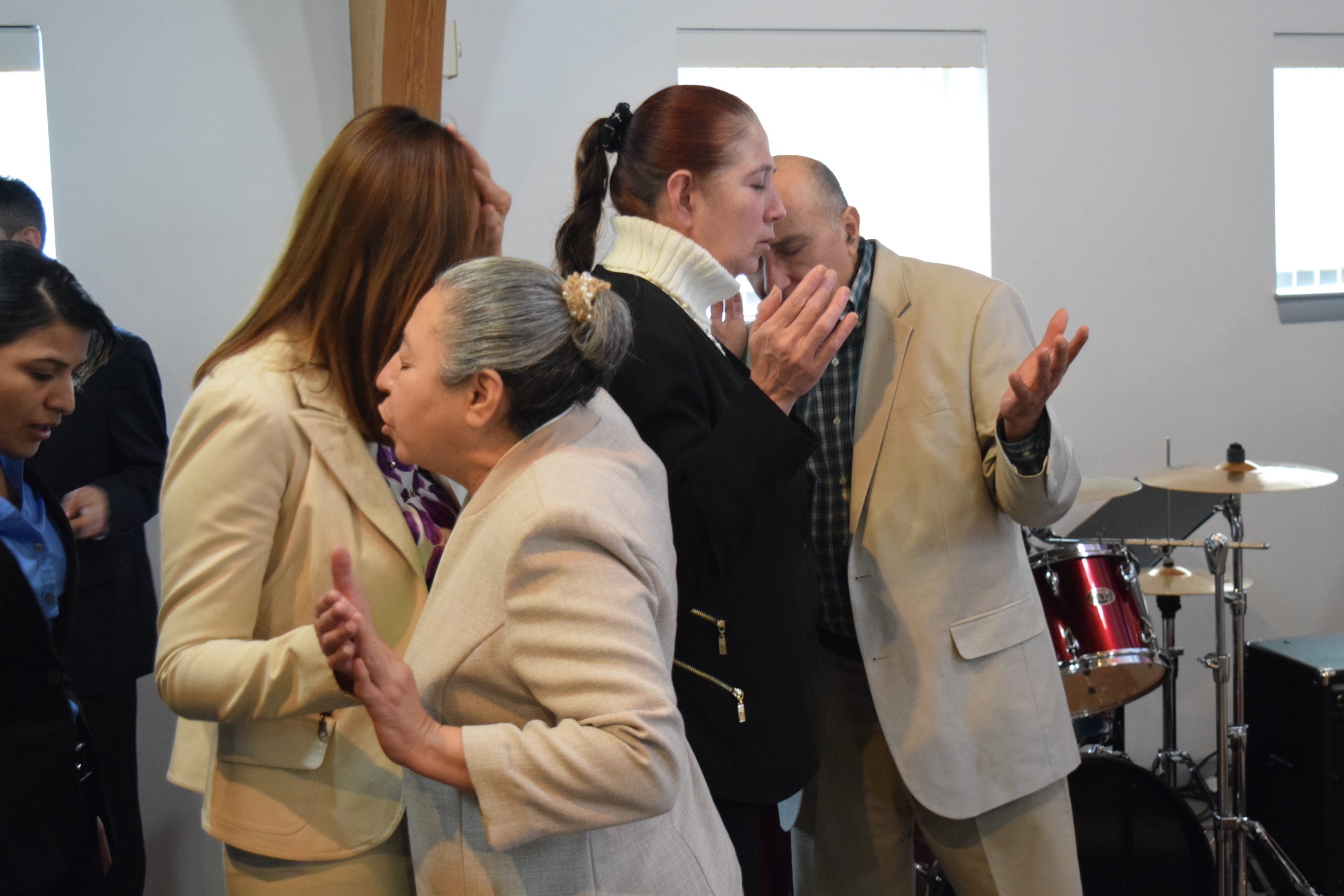 Francisco Machado Levia and his spouse, Juanita, have been invited to serve as church planters in Spain alongside Anabautistas, Menonitas y Hermanos en Cristo—España (Anabaptists, Mennonites, and Brethren in Christ—Spain). Juanita and Francisco are jointly appointed workers through Mennonite Mission Network and Virginia Mennonite Missions, currently living and serving in Madrid, Spain.

Juanita, my wife, and I met our Lord and Savior Jesus Christ in 1982. It was then that, in our home country of Honduras, Mennonite brothers and sisters began to disciple us. Through their encouragement, as a family, we answered the call of God and planted a church in Santa Rosa de Copan, Honduras, and later, three other small churches nearby. After working with these communities for 20 years, we were forced to flee Honduras due to threats on our lives.

Once in the United States, we worked to prepare ourselves to better serve God and our new community. We decided to go back to school. Juanita studied at the Instituto Bíblico Anabautista (Mennonite Anabaptist Institute), a biblical and theological program that offers an Anabaptist perspective. I pursued a master of arts in church leadership from Eastern Mennonite Seminary in Harrisonburg, Virginia. We also found ways to utilize our current gifts, and began serving at Manantial de Vida Mennonite Church, also in Harrisonburg, by teaching, preaching, and discipling new believers.

After we began participating at Manantial de Vida, Prophet Wendy Malvaez, who is the lead pastor’s wife, shared a dream with us. “In my dream, I was in a large church with disengaged people. I stood up and went to the pulpit. I began proclaiming the good news of Jesus Christ,” Wendy said. “When it was over, I asked the Holy Spirit where I was, and I was told Guadalajara, Spain.”

It was clear to us that the Holy Spirit was moving, but we were uncertain just how we were to respond.

Around this same time, I was reminded again that God preserved our lives to serve. Through my seminary studies, I attended a workshop sponsored by Mennonite Mission Network with the title, “Have you been called to serve … across the street or around the world?” The invitation sounded familiar to me.

Not long after attending that meeting, we were invited to apply for an international assignment through Mission Network. I received an e-mail from them that said there were openings for international work in Latin America and Spain. When I read “Spain,” my heart skipped a beat and I was reminded of Wendy’s dream. I prayed that I could know if this was just a desire of my heart or if it was truly God’s calling. I told Juanita and our children what I was feeling, and they replied, “We support you wherever God sends you.”

To explore this more, Juanita and I traveled to Spain in February last year, and we met with several pastors, mission workers, and church leaders. They shared with us that they are praying for a revival in their communities, and they invited us to be a part of it. Wendy’s dream was becoming our reality.

While there, we learned that discipling in Spain, a post-Christian society, is not an easy job. Many people have little to no interest in the church because they feel they have been deceived or betrayed in the past. Nevertheless, we felt that God was calling us to Spain as church planters. After the strong confirmation from our family, church community, and Spanish brothers and sisters, we now wait for the doors to open and God’s provision for the journey to which we have been called.