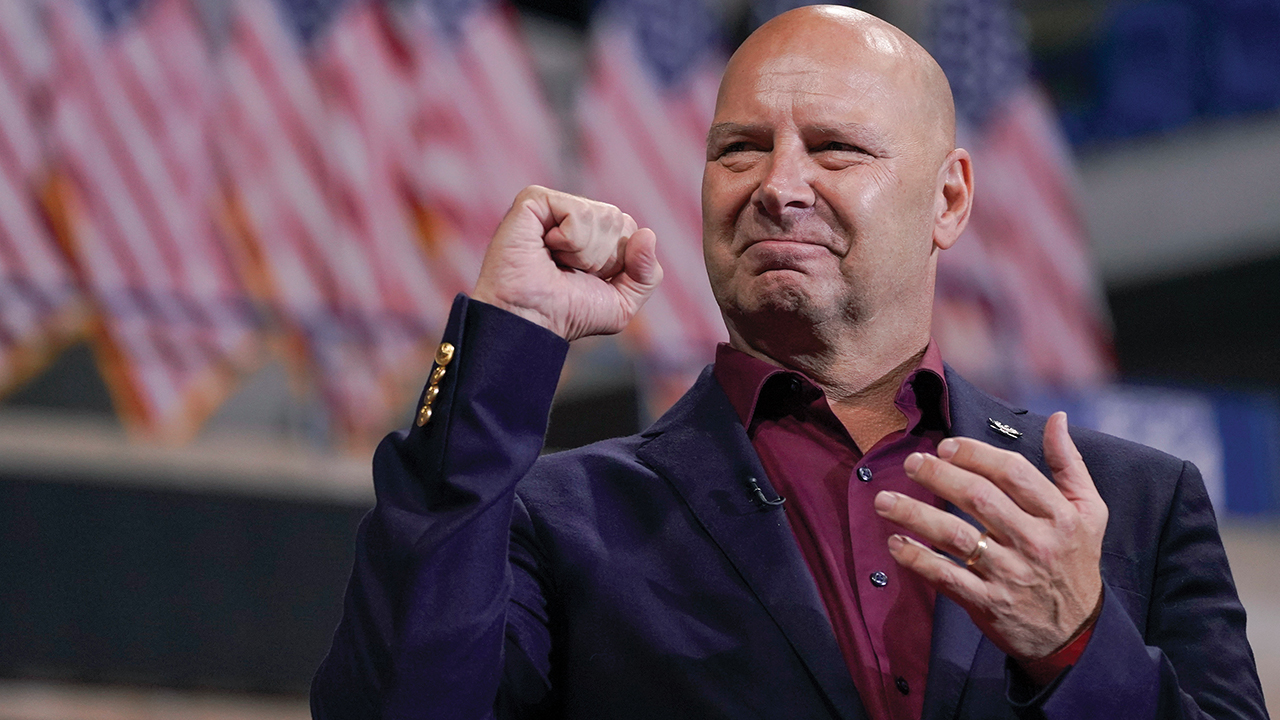 Doug Mastriano, the Pennsylvania state senator now running for governor on the Republican ticket, has a habit of energetically fusing religion and politics, giving voice to Christian nationalism and deriding the notion of separation of church and state as a liberal fabrication.

Among other things, the retired Army colonel has made headlines for appealing to the Almighty to overturn the 2020 election results and incorporating a reference to the Gospel of John (“Walk as free people”) into his campaign slogan.

But while some politicians have pivoted toward Christian nationalism this election season, Mastriano was not only leaning into the ideology years ago but using it as part of a larger pattern of distancing himself from criticism.

Although he rejects the term Christian nationalist, Mastriano has invoked faith both as a fuel for his activism and a shield against detractors, including his fellow Christians.

In July 2020, more than a year before he declared his candidacy, Mastriano’s rhetoric sparked a theological battle with a group of prominent Lutheran clergy in his own state Senate district of Gettysburg, a rare example of the politician engaging directly with ideological foes.

When the faith leaders invoked Christianity to criticize him, he responded by suggesting the Bible prohibits Christians from publicly criticizing elected officials, all while doling out his own condemnation of local religious leaders.

Mastriano has been linked to Pond Bank Community Church, a conservative Mennonite congregation. Church officials did not respond to requests to confirm that Mastriano is a member, nor did Mastriano respond to multiple interview requests.

Mastriano’s debate with the ­Lutherans dates back to a since-­deleted interview with a couple, Allen and Francine Fosdick, self-described Christian prophets with an online ministry called People of Prophetic Power Ministries.

“Separation of church and state — anyone who says that, show me in the Constitution where it says it,” Mastriano told the Fosdicks while sitting at his desk in the Pennsylvania state Capitol. “It’s not in there. It’s never been in there.” In a formulation that has become popular among conservatives, Mastriano added, “We have freedom of religion, not freedom from religion.”

Mastriano, who was gaining popularity in conservative circles at the time for strident opposition to COVID-19 restrictions, referred to a “fake COVID crisis” and chided his fellow lawmakers who had imposed limitations on large gatherings in Pennsylvania. He insisted Christians should show more “courage” in resisting lockdown measures and offered as a model Martin Luther, the 16th-century founder of Lutheranism and leader of the Protestant Reformation.

“Pastors, it’s time for you to lead,” Mastriano said in the video, which later disappeared when the Fosdicks’ YouTube account was revoked for violating the company’s guidelines. “If that pastor — and others — doesn’t want to open up, then congregation, maybe it’s time to find another church where they have a little more courage.”

As he put it in another part of the interview: “I’d like to see the churches stand up — we have strong religious freedoms in Pennsylvania.”

Local churches did, in fact, stand up, albeit perhaps not the way Mastriano intended. Forty-six local Lutheran leaders — including vicars, former seminary presidents and the pastor at St. James Lutheran Church, a few doors down from Mastriano’s local office — published a full-page ad in the Gettysburg Times supporting many COVID-19 restrictions and rejecting Mastriano’s interpretation of their denomination’s namesake.

The ad cited the Evangelical Lutheran Church in America’s position, which quoted Luther to argue that Christian decisions should “always be made in the best interests of the neighbor.”

“The senator’s interpretations of Scripture and Luther’s actions in the Protestant Reformation are taken out of context to serve his political agenda,” the ad read.

Mastriano fired back at the Lutherans in a Facebook Live video, calling their message “hateful” and describing them as “modern Pharisees” that include people with a “hostility toward Jesus Christ.” He railed against the Evangelical Lutheran Church in America’s more liberal position on abortion rights.

Taylor Berdahl, pastor of St. Matthew Lutheran Church in Hanover, said the ad was meant to be a defense of faith, not an attack on Mastriano. While Christians should respect those who have government authority, she said, Jesus models the need to voice faithful dissent when necessary.