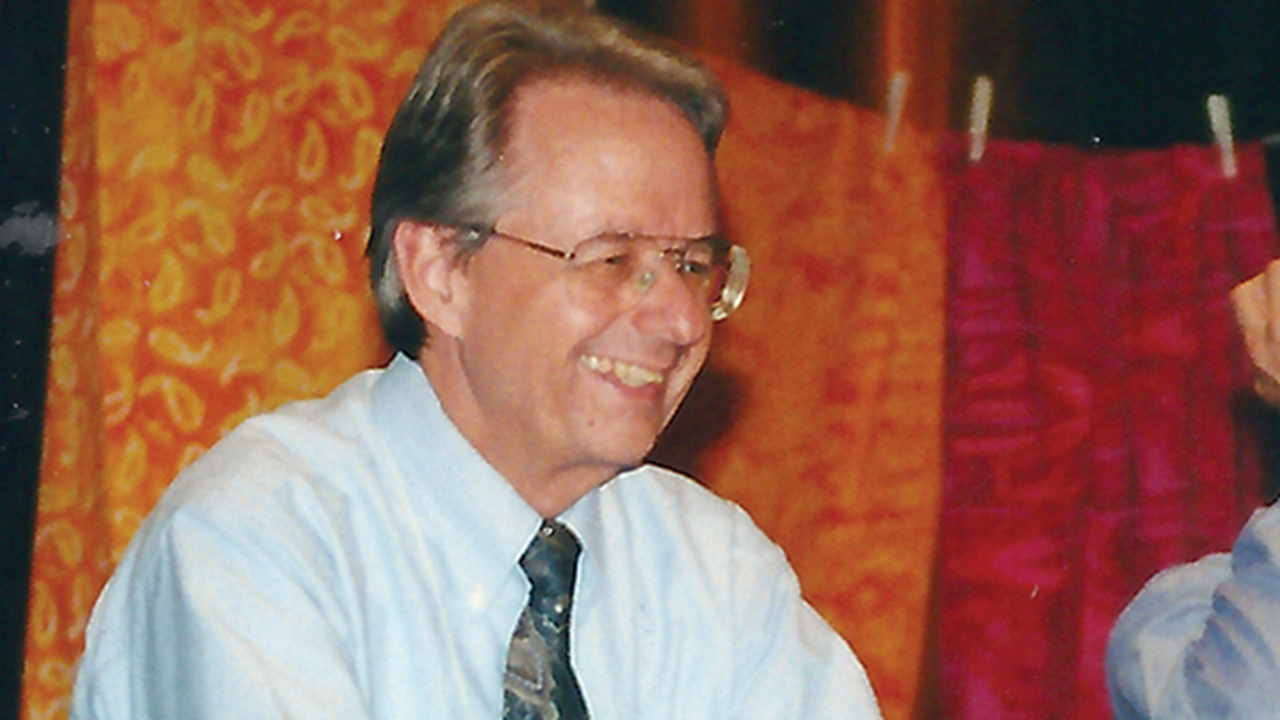 A longtime advocate of cooperation and unity among Mennonites of different traditions, Schrag was the first executive director of MC USA, serving from 2001 to 2009.

The denominational appointment emerged from Schrag’s role as project leader for the team that guided the final two years of the merger process, beginning in 1999.

“Jim was a dear friend and mentor,” said J Ron Byler, who served with Schrag as associate executive director of MC USA and went on to direct Mennonite Central Committee U.S. “I learned to know Jim when we were bringing together the two former denominations to become Mennonite Church USA.

“Jim loved the church, and he wanted the new church to succeed. I had high trust in Jim’s leadership, learned much from him and appreciated his regular encouragement. Jim embodied what it means to be a servant leader.”

Shelley Buller, executive assistant for MC USA, got to know Schrag as both her pastor and colleague.

“I had the privilege of working alongside Jim as his assistant for over 12 years and admired his tireless and sacrificial efforts in shaping the formation of Mennonite Church USA,” Buller said. “Our professional relationship was enhanced by the fact that Jim was my pastor at Tabor Mennonite Church during my formative years, baptizing me and officiating at my marriage ceremony.

“He was very kind, caring and ­affirming. The denomination owes a significant debt of gratitude to Jim for his lifetime commitment to our church.”

“Jim brought a deep love and commitment to MC USA,” said Carlos Romero, former executive director of Mennonite Education Agency, who worked alongside Schrag in the early days of the church, in a denominational release.

“His vast church experience, historical perspective and theological grounding were a gift to a new entity that was forming. In the midst of so many complexities in those early days, I appreciated Jim’s ability to simplify the issues and present a path forward.”

Schrag’s efforts to unify Mennonites from two historical streams emerged during his years as a pastor. Oak Grove was one of dozens of dual-conference churches whose inter-Mennonite identity foreshadowed the MC-GC merger. Schrag chaired a committee that nurtured relationships among the double-affiliated congregations.

He accepted the GC leadership role several months after delegates at the 1995 Wichita, Kan., joint convention approved moving toward a merger. He described MC-GC “integration” as a window of opportunity that energized him and could do the same for others.

“God is giving two groups of the Mennonite church another chance to make a difference,” he said. He hoped to affirm young leaders who prioritized relationships more than programs.

“We should look for a fresh, third way, something that is not MC or GC,” he said.

Retiring from MC USA in 2009, he reflected on the challenge of integrating two traditions whose separate identities had blurred while seeking a forward-looking purpose.

“Mennonite Church USA is, in my understanding, a logical result of the 150 years preceding,” he said. “The question for us today is: What direction is the church pointing from here? Can we be Anabaptist with a different suit of clothes?”

A missional calling is “the best thing we have going for us,” he said. “It takes us from our history of separation for the sake of purity and preservation on a slow odyssey toward engagement with the world where God is active.”

Schrag was born Nov. 24, 1944, in Newton to Menno and Gertrude Schrag, whose household conversations introduced him to a broader ­understanding of the Mennonite world. His father was editor of Men­nonite Weekly Review (a predecessor of Anabaptist World) from 1935 to 1969.

He was a graduate of Hesston Academy, Bethel College and Anabaptist Mennonite Biblical Seminary and served on Bethel’s board of directors.

He married Judy Nickel on June 11, 1966. Together they served in Kenya with MCC’s Teachers Abroad Program.

Parkinson’s disease limited his activity in recent years. He died at Kidron Bethel Village after a short illness.